The Vampire Diaries – Break On Through

So that was that! Finally, the midseason character development episodes (or whatever you call them) are done and we can get back to the bigger-picture episodes that involve teams, stakes and edge-of-your-seat developments. But it had to get worse before it got better, so this week’s The Vampire Diaries was very much a transition episode. The first half was stuck in a rut, but then the back half left us begging for more. 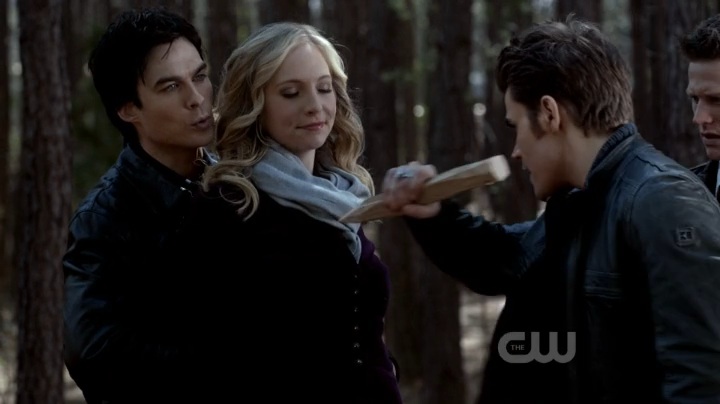 Not to say that a lot of important storylines came to their head this week. These quieter, character-driven episodes are centered on the folks in Mystic Falls getting some of their lives back. Of course Elena is always looking for trouble, but everyone else has tried their very best to deal with the cards they’ve been dealt. One of the most intriguing stories involves Stefan’s thirst for blood. Between all the flirting and tortured breakups, it’s easy to forget that this show is about vampires—blood-addicted, immortal monsters that prefer to tear up your throat. Stefan is dealing with his good side as he spends his afternoons sucking on blood bags, because this town’s blood bank has an endless supply. It’s actually a big deal, considering he wants to be with Elena and live a normal life. At least, that’s what we think he wants. His motives are rather unclear these days. Does he even want to be with Elena? Does he just want to be good? Or, is he just trying not to suck blood for sport? Who knows. An exciting moment occurred when Stefan was near a bloodbath and it was actually up for questioning whether he could control himself or not.

Yet, that was actually one of the least pressing issues of that moment, because the bloodbath was caused by Alaric who is apparently crazy full-time now. This storyline is actually very promising since Alaric’s goody actions have always been a boring addition to the general team effort. Now, Alaric is actually a baddie and things are not looking good. The scene in which he grabbed a knife and threatened Meredith was epic Williamson. If you grew up loving I Know What You Did Last Summer or Scream, or any other horror movie that saw girls running away from killers with weapons, this scene was made for you. It also delivered some of the finest action of the episode seeing as we actually had no clue how crazy Alaric was and every guest star is expendable. Unfortunately, Elena came to the rescue, making it all about herself and her need to save people. 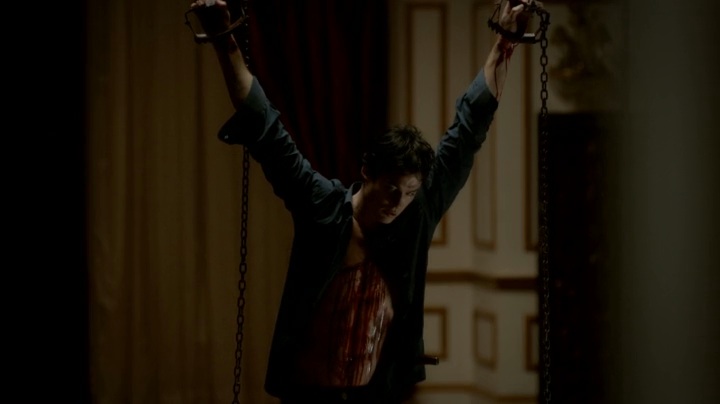 On the brighter side, this episode also featured a lot of steamy scenes, as Damon and Sage tried to get information out of Rebecca. The only way to do this was for Damon to sleep with her and have Sage kiss Damon in the shower—you know...basic communication. Anyway, information was transferred from Rebecca to Sage to Damon, which meant that everyone knew about the second oak tree. Damon went on about lumber and business, and it turned out the tree was turned into a bridge, the very same bridge on which Elena’s parents died and Stefan tried to kill her. There has to be irony in there somewhere. One of the finer things of “Break On Through” was that Rebecca was in on the entire plan. She burned the bridge down and seemingly ended the game. Interestingly, Sage had betrayed Damon because she actually didn’t want to kill the Originals. Sage’s surprising love for Finn was the catalyst behind the episode, and it resulted in some awesome snaps by Damon who was not pleased by Sage’s affection for Finn. Love is a big motive on this show and it works well with vampires. They love people for hundreds of years which makes their dramatic and often dangerous actions a lot more believable than, say, Elena’s high school crush.

The episode also featured Abby’s transition to vampirism but it was such a pointless filler tactic that it’s better left forgotten. Bonnie also forgave Elena for something she did many episodes ago. It proves that these storylines seemingly had no other purpose than for Caroline to be amazing and give poignant speeches to characters that don’t deserve her attention. Now that these stories have been tied up, we can’t wait to see our favorite blonde get back into action with, well, anyone. There was also a phone call with Jeremy, who was actually living a normal life. One of the most promising things is that he’s finally happy, but he’s still in danger, which will ultimately bring him back to Mystic Falls. 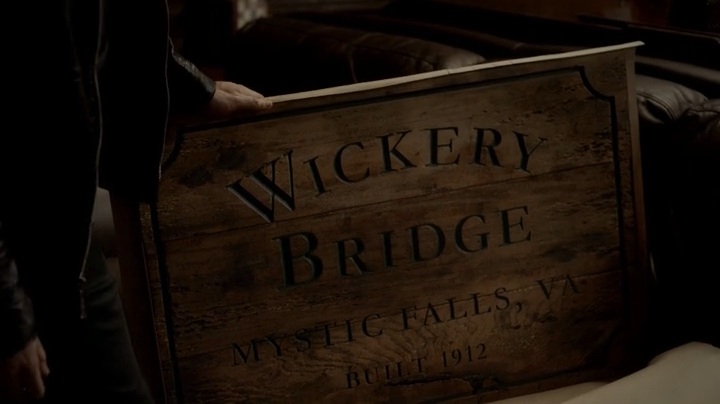 Damon ended the episode with finding the last remaining piece of wood that could kill an Original and Stefan seems to be on board to open hunting season. Kill one, kill them all. This show just stepped up its game in a big and promising way.