"Brit Grit"
By: Kieran Freemantle | Movie Reviews | June 18, 2016
There are dramas in British cinema that fall into the kitchen sink realism: a subgenre that focuses on working class people, communities and the problems they face. They are often unflinching with their approach and Helen Walsh's movie is no exception. Shelly (Lauren McQueen) is a teenage girl who was abused by her father and moved to a sink estate with her brothers. Her older brother Andy (Derek Barr) is a layabout and Shelly has to act as the mother for her younger brother (Callum King Chadwick). Shelly also becomes the object of desire for a predatory loan shark (Stephen Lord) who tries to seduce her with gifts. Shelly also becomes the focus of interest for a middle-class teenager, Rachel (Brogan Ellis), who has her own demons. 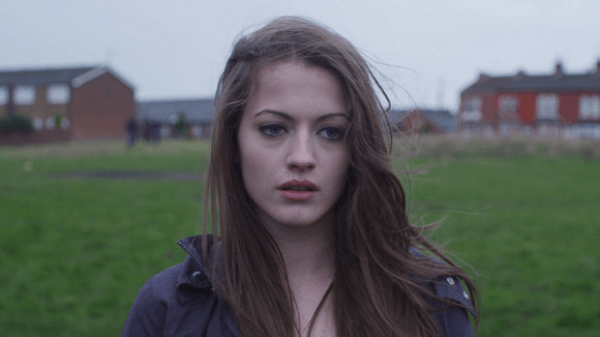 The Violators is Helen Walsh's first movie, having worked mostly as a novelist. Her style is similar to Andrea Arnold's first two movies Red Road and Fish Tank - two grim British dramas about women in tough housing estates (one set in Glasgow, the other in Essex) and The Violators does share story elements with both movies. Red Road was about a woman who suffered loss and Fish Tank was about a girl from the wrong side of the tracks who has an affair with an older man. Like Arnold, Walsh is unafraid to go to some dark places during the course of The Violators. There was an horrifically depicted sex scene where a character reluctantly agrees to have sex and the film shows it in graphic detail as flesh slaps against each other. It is the opposite of sexy. Walsh also shows some of the abuse that Shelly suffered - it was fleeting but we get the idea.

Like Arnold's movies, The Violators shows life for people on the bottom of society. Walsh chooses to set The Violators in a depressed Northern England port town, focusing on the estate that is poorly maintained, surrounded by wasteland made up of weeds and drying grass covered in trash. Gangs and drug dealers roam the estate and Shelly's home is sparsely decorated. Beyond the estate the movie shows Shelly going to a pawn shop to sell stolen goods or explore the dock area. All of this is put into contrast when we see the well-kept middle class suburb Rachel lives in and her well decorated home. The cast was mostly made up of actors who worked on British TV and independent films - they are not household names in the UK let alone anywhere else. Most of the actors were fine in their roles, particularly Ellis, in a great little moment where as Rachel, looks at her tablet device and sheds a tear. McQueen however was unconvincing in the lead role. She is meant to be a teenager who had a tough upbringing but when she had to show any emotion like anger or concern she comes off as incredibly wooden. In one scene McQueen's Shelly threatens someone with a knife and she was as intimidating as a box of kittens. McQueen was okay when she had to portray Shelly as cold and distant while Mikey the loan shark tries to woo her and eventually gets her to give a smile and give the young soldier a flirty wink - this was when her performance was the most natural. 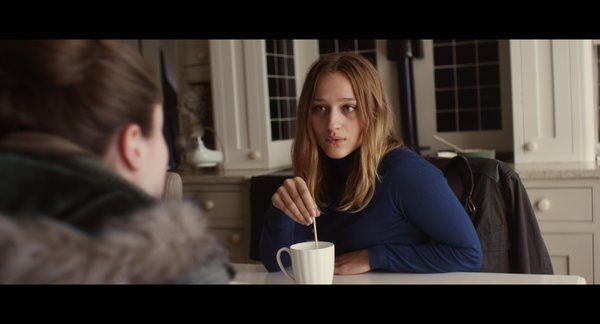 Walsh does an excellent job portraying the life in a sink estate and Shelly's relationships. Walsh's novels have focused on life in working class communities and sexuality. There is an authenticity as to how Mikey's grooms Shelly, showering her with gifts, wearing her down and threatening her when she finally submits. Shelly is resistant to Mikey's advances and he has to use underhanded means to seduce her; using her desperate situation to his advantage. As well as Shelly's relationship with Mikey, there is a focus on her relationship with a young soldier who could offer a way out of the estate and cycle of abuse. Then there is Rachel who has a seemingly sexual interest in Shelly. Like Shelly, Rachel is a misfit from a troubled family situation despite her more privileged upbringing. 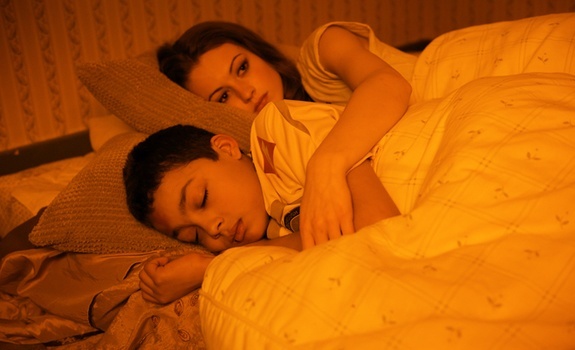 Walsh does introduce subplots that do not have much bearing on the main plot like Shelly's younger brother trying to be with his birth mother - it was Samantha Morton's The Unloved condensed into five minutes. The subplot was inconsequential to the plot as a whole. Walsh also takes a slightly more surreal turn for the final third which undermined The Violators because of its downbeat, realistic tone. A more grounded ending would have been more fitting. The Violators is in keeping with a tradition of gritty British dramas. Fans of Andrea Arnold works as well as of movies like London to Brighton would appreciate The Violators. Walsh shows potential as a filmmaker even if her debut is rough around the edges.
Rating
8.0
Pros