"A walk along the tight-rope of memories "
By: Russ Matthews | Movie Reviews | October 20, 2015
'I don't have respect for people who walk on the wire with any kind of safety net. I don't really like the fact that if you fall you die, but it's part of what the wire is.' - Philippe Petit
The man who walked on a tight rope between the World Trade Centre towers may not be a familiar to all, but Philippe Petit's (Joseph Gordon-Levitt) story is legendary. This tight-rope walk is the subject matter of books, films and even TED talks. The Walk is retold by director and writer, Robert Zemeckis (Back to the Future, Forrest Gump), the master of all that is new in the realm of CGI technology. Which is a critical component to telling this magical tale, because he must reproduce the height and expanse of this illegal project that spans the World Trade Centre.
A story that focuses on a rag-tag crew of risk takers who are led by Petit to undertake the impossible project of crossing the void between these man-made giants on a high wire. With the guidance of his mentor, Papa Rudy (Ben Kingsley), the international crew members find creative ways of getting the wires across the two buildings and allowing for Petit to meet his goal and make the crossing without any safety nets or harnesses. This true-to-life story provides the drama, artistry and humour that builds to the needed intrigue and tension that can only come from watching a high-wire performer and provides a beautiful testament to the World Trade Center and '70s New York City. 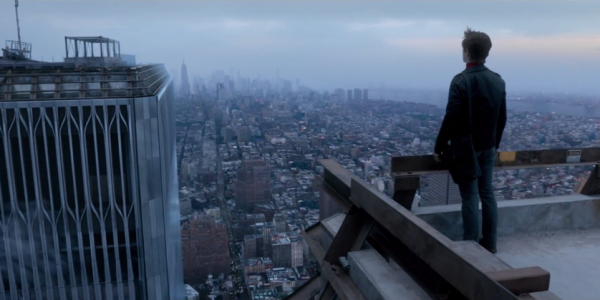 The Walk is told in a fairy-tale manner which allows for mystical type character development and the necessary magic for a journey of this nature. The narrative provided by Joseph Gordon-Levitt  feels cringe-worthy at first, because of his attempt at the French accent, but becomes appealing and believable, due to the narrator styling. He delivers a solid performance in the lead role. There may have been other French choices for the role of Petit, but this young actor fills the ballet-like shoes of the aerial performer quite well. The supporting cast rounds out the needed ensemble for the drama and humor. The players in this comical and compelling drama are portrayed in a caricature type format, which adds to the visual colour to make this a magical kaleidoscope adventure.
The true brilliance of this film is found in the director. Robert Zemeckis' ability to provide ground breaking effects that pull the viewer into the story without a realization that the effects even exist is masterful. The World Trade Center towers no longer exist, but the director's skill and understanding of the value of good story is so captivating that it pulls you into believing that Gordon-Levitt is actually walking between the towers. Zemeckis portrays Petit's adventure as a testament to The World Trade Center towers through great effects and creative direction which provide a beautiful cinematic experience. The Walk is a great story in the hands of a master storyteller. 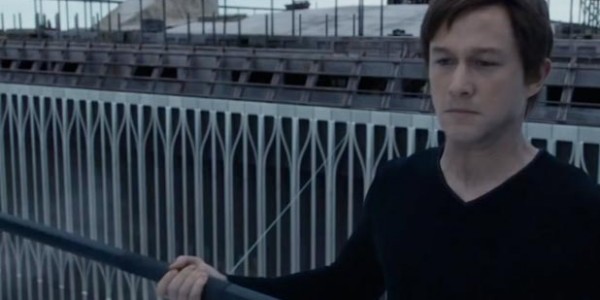 Philippe Petit is a dynamic character in real life and his story plays well on the big screen. The Walk tells Petit's bigger than life event, but this story and event would not have taken place without a team. A tight rope walker has all of the crowd's attention and it seems that the focus of the work is on only one person, but the film shows that all leaders need an effective crew to make things come together. Each person on Petit's team has a specific role to play and such is the case with life, too. Celebrating unique events like The Walk is understandable, but hopefully we will not forget the part that each player plays in the story. We all have our place and significance in this life. Each is significant, regardless of how much attention is given to each part.
Rating
7.0
Pros