The Walking Dead – Killer Within Review

Wow, even though we’re only four episodes into season three, Killer Within had enough dramatic moments, character deaths, and tension to rival the season finale of many shows. This was the show’s first time having to bounce from one set of plotlines and characters to a completely new set. The prison side of things somewhat blew me away, but Woodbury had some problems. The cold opening showing someone opening the gate was nicely done and I thought it would bring a “who done it” element to this episode, but the siren going off clearly made it seem like there was another prisoner loose, whether it be Andrew or a random survivor.

The zombies infiltrating the prison stopped one of the show’s few happy moments. I am somewhat indifferent to Hershel, but seeing him getting around and that lifting the morale of the entire gang was nice to see. The exchange of pleasant glances that Rick and Lori were giving was somewhat of a surprise. Everything we’ve seen from Rick this season has been distain for her. Even with that tension there, it wasn’t a shocker at all that he was worried for her safety when they noticed the horde coming in. The frantic nature of Rick, Daryl, and Glenn trying to get to them as the others tried to get to safety worked perfectly.

T and Carol, who are actually useful this season, tried to fix the problem directly by closing the gate, but that didn’t turnout so well for him. It’s unfortunate that they killed him just when he was getting slightly interesting. Earlier in the episode he almost felt like he was the “Dale” of the group by being the conscience and somewhat calling out Rick for making a bad decision in his eyes.

Having him around for two seasons and giving him absolutely nothing to do, then killing him now when he was starting to feel like more than just an extra seems like a bizarre decision. His death scene was pretty harsh. I understand the show has some horror elements, but seeing him get ripped to shreds seemed a little overkill, showing Carol running away would’ve sufficed, since he chose to die for her. Also, the irony of killing one bald black guy and replacing him with another one is not lost on me.

The second death of the episode was both honorable and horrific too. The first few scenes of Maggie, Carl, and Lori being stuck in the room and her beginning labor made me think it might end up being a false labor then everything would be okay… I was wrong. Even though it’s not on the same level of Game of Thrones, The Walking Dead is developing the feeling that anyone can die any episode, which is something very, very few shows have.

Overall, I am happy that Lori is dead, since for the most part she was nothing but annoying. However, I still felt bad for her during her final conversation with her son. She was clearly talking about herself when referring to doing the right thing and doing the bad thing is easy. She nailed being full of regret about her decisions all while being hopeful that her son would survive and avoid going down the same path. I was pretty sure that Lori would die at some point due to the comics, but I am pleasantly surprised that it happened so soon and that I actually felt bad for her. 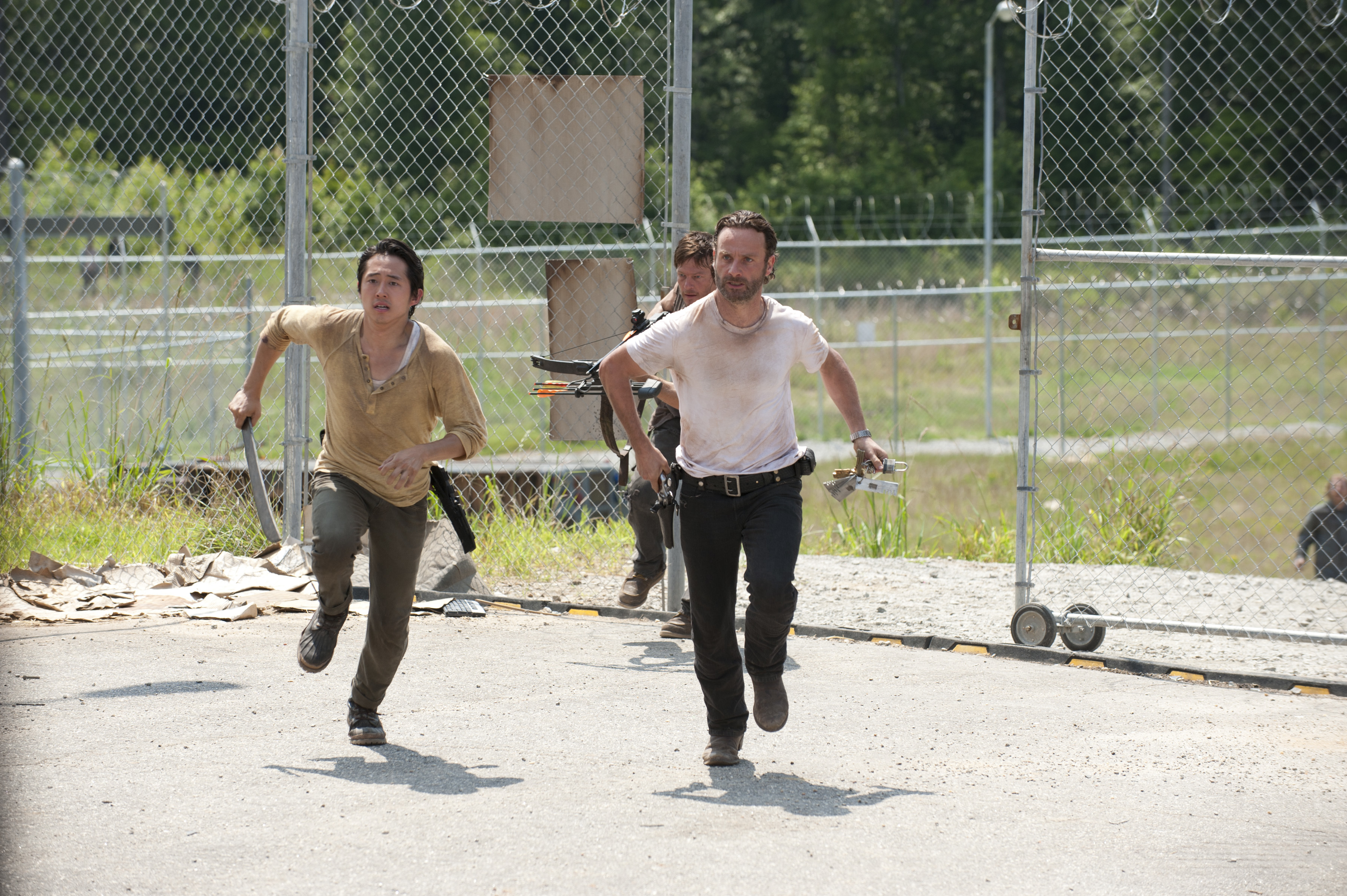 All while these interesting events were happening we transition to Woodbury, which is leaving a lot to be desired. It wasn’t completely boring, but it feels like they’re doing a long and drawn out plotline of “will they stay or not”. The answer to question is already clear; they obviously didn’t create these potential storylines, characters, etc just to be in four episodes and for Andrea to walk away. Really, they have no reason to leave. We know that the Governor isn’t the nice, charismatic leader he wants everyone to think, but from the townspeople’s perspective Woodbury is paradise.

As Rick is trying to save his pregnant wife and son, the Governor is causally golfing, that parallel alone would make it dumb for them to leave just because Michonne has a bad feeling. As the viewer we know that she’s right, but she’s so one note and underdeveloped, I’m actually liking the him more than her. The Governor does have some charisma while she’s a grouchy borderline mute. I am glad that going to an island was brought up; that always seems like it should be the default zombie apocalypse plan. Most costal states, including Georgia, have islands, so while that plan isn’t bad, there’s no logical reason to turn down Woodbury for now.

It being revealed that Andrew was the saboteur was a nice touch. Between that reveal and Rick’s reaction to Lori’s death, which was some great acting, it’ll be interesting to see where Rick goes from here. Will he be in shock for an episode or two then return to normal, will the baby bring out his lighter side, will he look at his inaction to directly kill Andrew as a mistake that got people killed so he’ll go even darker? There are a few ways he can go and they all seem pretty interesting. The prison without a doubt delivered this episode, but Woodbury brought it down a little bit. That storyline does have potential since Andrea can be a troublemaker and now Merle wants to leave due to Daryl, so hopefully Woodbury will soon be on the prison’s level of intensity and excitement next episode.