The Walking Dead Weekly is a reprint of The Walking Dead monthly edition. This reprint has nothing different to offer us except the chance to buy this series again in single issue form. For a reprint, the cover price of $2.99 is too much, but this was done mainly to cash in on the popularity of the TV series. That being said, this issue can be considered a transitional one. The group survived their first adventure and is set to start another one with new characters in a new setting.

The issue starts with a wounded Carl, Rick's son who was accidentally shot by Otis a man that lives in a nearby farm. Otis realized his mistake and suggests that Carl be moved to the farm so that he can be looked after by Otis' friend. The group decides to go there they and meet Hershel, who happens to be a skilled veterinarian. Hershel manages to take the bullet out of Carl and saves the boy's life. We see that Otis is not a bad guy; in fact, he was worried sick over Carl. Hershel then introduces his six children. Maggie, one of Hershel's daughters, talks with Glenn about being proactive about sex and they agree to be sexual partners. 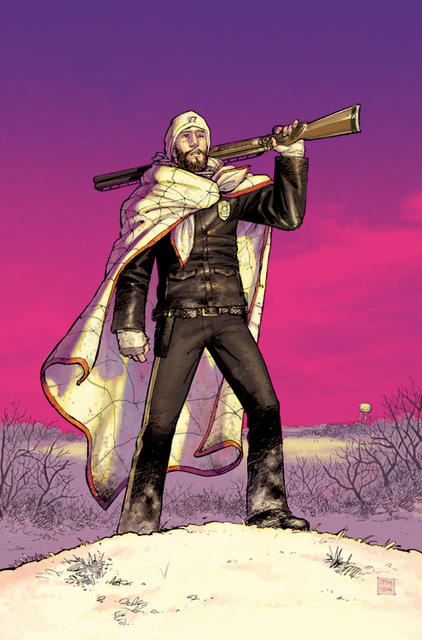 Carl wakes up and Rick is happy that Carl is safe. Hershel also offers the gang a chance to stay in his farm. Small plot points happening in this issue are: Tyrese's daughter has a weird relationship with her boyfriend; Rick's wife gets a talk and she is encouraged to not talk about her infidelity to Rick; and Allen is depressed over the loss of his wife and ignores his children because of this. The issue ends with Rick asking Hershel for the use of his barn, which Hershel replies, "The barn? You don't want to go there, trust me. That's where we keep all our dead ones."

This issue has no action or zombie killing goodness, but it is the turning point issue. If you're familiar with The Walking Dead then you know what I'm talking about. Nothing stays the same way in this series (even Rick and he is the protagonist). The only thing that stays the same is the rhythm of Kirkman's exposition and the introduction of new turning points. You see at the start of a new chapter what is going to change the status quo of the gang and Kirkman then writes the calm before the storm. This is what this issue is; everything is nice at first, the gang finds a safe haven, everything works and they build and put some hard work into it. Then the damn zombies screw things up! (Much like the Mongolians in that classic South Park episode.) And when it's not the zombies, then it's the damn psycho killers or ignorant fools! Don't get me wrong; it's a fun rollercoaster ride. But sometimes you've got to find the patience and endurance for some dull moments and sit through Rick's super-mega expositional dialog.

This issue is under the second chapter of the book. New supporting characters are thrown into the mix and major changes are on their way. But the big change the second chapter has is the change in art. Gone is Tony Moore and in is Charlie Adlard. Charlie is a good story teller, maybe better than Tony, but Tony had a far better and cleaner style than Charlie. Adlard's art is better at drawing characters acting and has a good sense as to how the story should flow between panels. This issue is not great for showcasing the art, especially when big groups of people are involved since some of them look similar to each other. 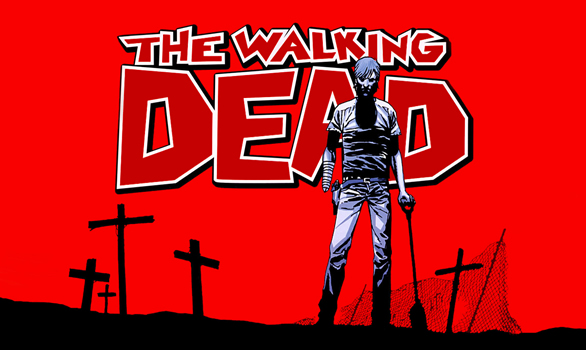