Sqaure-Enix has announced the official release date for the up and coming reboot title, Thief.


The publishers have confirmed that the game will available on all platforms from February 25th in North America, while Europe and other PAL territories will have to wait until February 28th.


A new trailer titled ‘Uprising,’ which gives us a further look at our protagonist’s hometown, has also been released today along with shots of the official box art for the game.


Set in a fictional world called ‘The City,’ Thief follows the story of Garrett: a master bandit who has been away from his hometown for a long while and who has now returned only to find that it is being ruled by a tyrant named ‘The Baron.’ 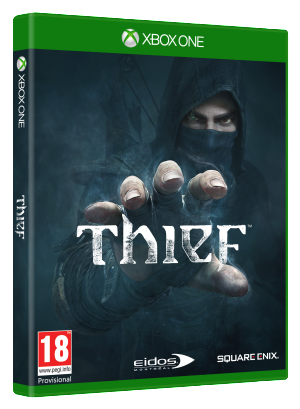 A reboot of the long-standing franchise, Thief is a first-person action/adventure/stealth title that allows players to choose which paths to take and how to approach the challenges that Garrett will face throughout his journey of pilfering.


Thief is being developed by Eidos Montreal, published by Sqaure-Enix, and shall be available to buy on Xbox One, Xbox 360, Playstation 4, Playstation 3, and PC upon its release next year.