Thief: What We know So Far

After the official Thief  trailer arose a few days ago, we see its star man Garrett return to form with his signature bow and arrows, mechanical eye, masterful lock picking, and preternatural talent for sinking into dark corners and merging with the shadows. We are also reintroduced into “The City” – the dark, misty locale that served as our favorite thief’s platform from the original series.

The new Thief game is set in a fictional world inspired by a Victorian design where Garrett, a master thief who has been away from his hometown for a long time, returns to his home town named 'The City,' and finds it ruled over by a tyrant called 'The Baron.' The City is infested by a plague and the rich folk are living in comfort as they can afford to avoid the plague leaving the working class left to suffer and thus, Garrett intends to exploit the situation to get rich for himself.

Players take control of Garrett who is a master thief, as he intends to steal from the rich. Kind of like a modern day Robin Hood and in the same vein as the previous games in the series, players must use their stealth abilities in order to overcome challenges, while violence is left as a minimally effective last resort. Gameplay is choice driven as players have a number of possible paths and approaches in a given level. You will generally use the environment to your advantage as you stealth around pickpocketing guards and other NPCs who will turn and attempt to kill you if seen. Some NPCs have different methods of finding Garrett and the game's clever AI will be aware of the level design, and therefore, know of potential hiding spots. You can also enter a "Focus" mode which enhances Garrett's vision, slow down time, and allow you to pickpocket more effectively and silently. Garrett can also use Focus to push enemies or perform debilitating attacks with the focus skill being upgraded over the course of the game. Garrett also carries a blackjack which is used to knock guards unconscious; a collapsible compound bow, which can be used for both combat and non-lethal purposes such as distracting guards; and a claw, which can be used to grapple the environment. Players can also use money to purchase supplies and equipment at the end of missions.

Thief was initially announced in 2009 under the working title Thief 4 making it five years since the 2nd thief game, and now eight years down the line we finally have a 2014 release confirmation. Thief has been developed by Eidos and the development team was initially kept small as the game remained in concept phase for a long time. During this, numerous experimental design changes were proposed, such as having a third person perspective, having a new protagonist, or environmental changes which implemented ideas taken from the Assassin's Creed series of games. D'Astous was quoted on the main page as stating Thief 4 was currently in early development: "We're in the early development stages for Thief 4, but this is an incredibly ambitious project and a very exciting one. It's too early for us to offer any specific game details. Right now, we are focused on recruiting the very best talent to join the core team at the studio and help us make what we believe will be one of the most exciting games on the market."

Eidos Montreal was expanded in 2010 with a separate team for multiplayer development, and when MP producer Joe Khoury was asked if they would also work on their next project, Thief 4, he did not deny or confirm. Although the game was initially expected for seventh-generation consoles, it was moved to eighth-generation consoles during development which was confirmed in March 2013 as the game was officially unveiled and announced to be released on the PC, Playstation 4, and "other next-gen consoles." 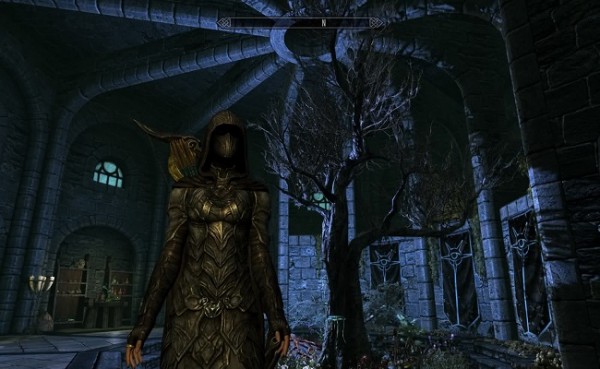 Recently it was announced that Eidos Montreal has decided to replace series veteran Stephen Russel as the voice of the titular hero, Garrett. For fans of the stealth genre in general, this come as another shock, following Hideo Kojima’s already controversial move to ditch David Hayter as the voice of Solid Snake in his new Metal Gear Solid game. Thief has a 2014 release but no confirmation of the exact release date.


You can view the current trailer below and from the looks of things this game is going to be a smasher! As soon as we have an update on the release date we will be bringing all the details at Entertainment Fuse!