Co-written by Bryan JL Glass (Thor: First Thunder, Valkyrie) and Michael Avon Oeming (Powers, Thor: Blood Oath), THE MICE TEMPLAR VOL. 3 picks up after the gripping events of the second volume, making it a perfect place for new readers to pick up the series. Oeming, Victor Santos and Veronica Gandini continue to provide striking art for the series.

"Volume Three is a perfect opportunity for new readers to join in on the unfolding action and drama," says Glass. "The saga of Karic has come to an end, and now the Dark Lands prepare for war in the wake of his audacious exploits at the end of DESTINY! The scattered Templar exiles join forces with the female Maeven archers to defend against growing oppression from the rat army, and their alliance with the Mortair, sisterhood of assassins!" 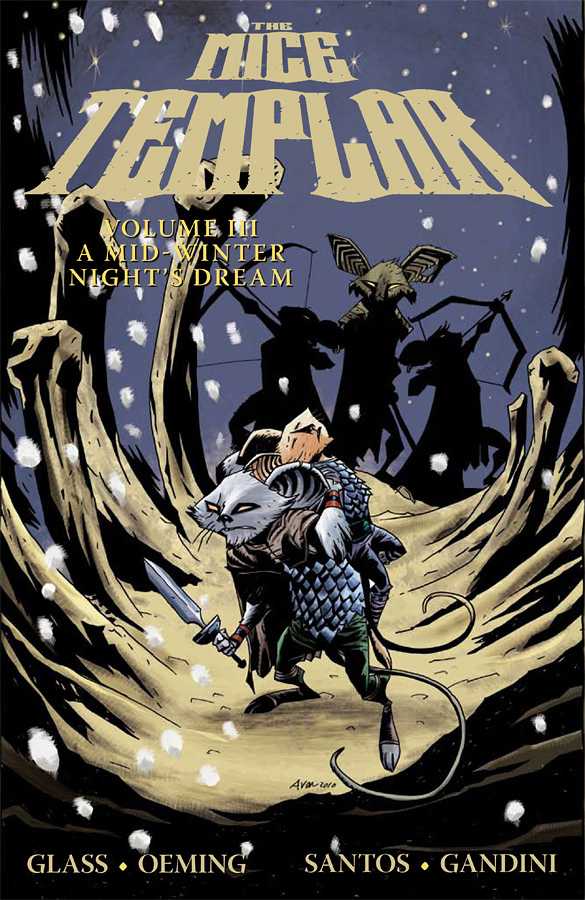 THE MICE TEMPLAR continues with a perfect starting point for new readers! Karic has accomplished his goal-the rescue of his family from captivity-but their freedom has come with a terrible price. Karic now lies comatose, his spirit lost to a realm of nightmare. Yet Cassius risks all for the young mouse who restored his faith, even death at the blade of his old Templar rival Ronan. Meanwhile, the druids and the rat army unleash a new wave of tyranny in retaliation for Karic's audacious attack. Only the heroic Maeven archers can stand against the Mortair, the deadly sisterhood of rat assassins!