THQ Founder Dies at the Age of 70

By: Justin Moody | Uncategorized | May 7, 2010
THQ founder Jack Friedman passes away at the age of 70 after being hospitalized for weeks. Friedman founded toy and video game company LIN in 1970. He left a few years later after MCR acquired a majority interest in the company and started publishing for Nintendo. Friedman went on to start THQ in 1989, investing millions of dollars of his own money. In 1995 Friedman founded Jakks Pacific, a toy company.

During his fifty years of history in the toy and video industry, Friedman launched a number of successful toys, including the first movie toys for E.T.

He was also a philanthropist and supporter of his company's Jakks Care program, which has donated more than $40 million worth of toys and school supplies, and benefited organizations like The Special Olympics, Feed the Children, Boys & Girls Clubs of America, and more.

Friedman retired from his duties at Jakks Pacific, where he was chairman and CEO until a month ago, to spend more time with his family 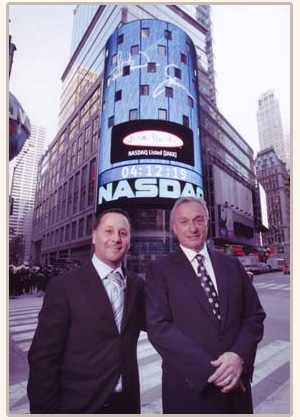