To The Bone Review

"An honest look at anorexia"
By: Steven Armstrong | Movie Reviews | August 17, 2017
Most people are aware even peripherally of the eating disorder known as anorexia nervosa, or more simply, anorexia. Impressionable individuals, young girls in most cases, but boys too, will see a model walking down the runway or on a magazine cover and aspire to that look our society so praises as the example of beauty and health. The result in the cases of those who wish to be like those models is the young women could end up in tangled in constant battles to control their weight, constantly counting calories and purging and doing whatever it takes to stay thin. But there is such a thing as too thin, and our society is equally unkind to those who are seen as too thin as it is to those who are seen as too thick. Enter the condition of anorexia, which millions of men and women suffer from. It is this disorder, which To the Bone tackles head-on. Ellen (Lily Collins) is a 20-year old talented artist battling anorexia. She has been through four different treatment facilities and her family has just about lost hope as to what they can do to help her eat and win against anorexia. Soon, as a last resort, Ellen's family decides to send her specialist Dr. Beckham (Keanu Reeves), who is initially reluctant to treat her if she isn't interested in really trying to receive the treatment. Ellen then decides to give it a shot and finds herself in a home with six other patients who also struggle with anorexia. While at the home, she meets Luke (Alex Sharp), a bubbly former ballet dancer who is the unofficial 'mother hen' of the house cheering on the others as they work through their struggle. 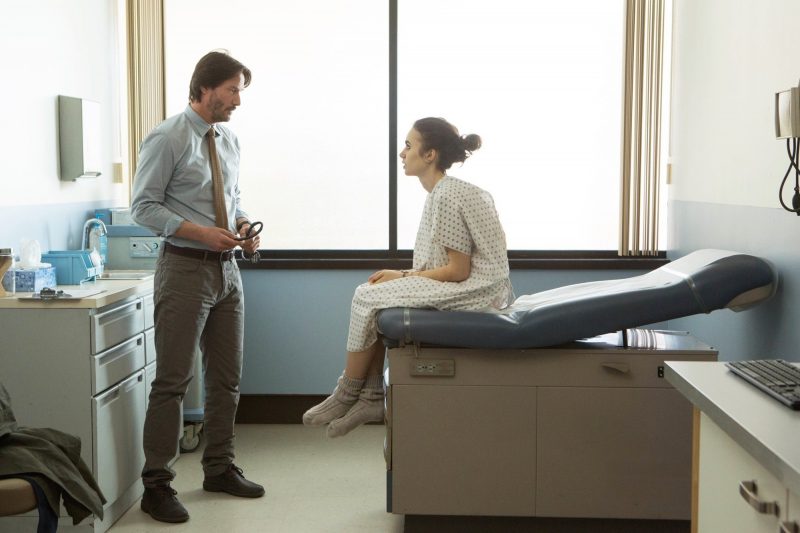 To the Bone isn't afraid to show the realities of anorexia, not only from the perspective of one suffering from the condition but also from the perspective of the family and/or doctors doing the work in treating those dealing with the issue. Depictions of the horrifying appearance of an emaciated human body or individuals with tubes coming out of them to ensure they are fed are present, but not in an in-your-face manner in every shot, but in a way to show the reality of the condition. Discussions of binging, purging and bits related also do much to add some color to the issue and lends further realness to the topic. Lily Collins, who also appears in this year's other Netflix release Okja, does very strong work here. Her depiction of a snarky, but sensitive and pensive young woman battling anorexia comes off as richly authentic. Of any other film she has done or will ever do, it would be hard to not see this one as something that is intensely personal to her in the sense that she has absolutely lived some part of this certainly comes across. The only reason this film breathes and feels alive is her performance. Because of the fact that she has lived it in some form, really. It informs every aspect of how she moves here. We experience everything through her eyes as she goes from struggle to struggle to moments where she is beginning to allow herself to experience a bit of happiness with other members of the house, a budding closeness with Luke, to back to the darkness of the struggle. 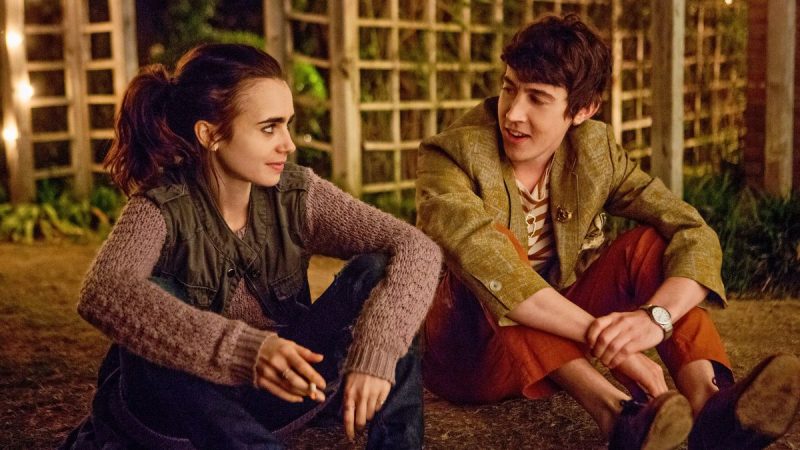 Keanu Reeves is sound support as are several other actors like Lili Taylor, who shares a particularly beautiful and heartfelt moment with Ellen later in the film. The only character that feels questionable at times is Alex Sharp's Luke. Sure, the fact that he is the cheerful character that helps liven up the proceedings is definitely a good thing. Because of him, there is a certain degree of levity to be enjoyed. There is also a certain level of corniness that comes along not necessarily because of his character, but because of what becomes the main function his character ends up serving, which is as a love-interest to Ellen. Right from his character's introduction, you know what is going to happen with his character. Particularly since he is the only male in the house. He is there to show Ellen something about how to embrace life in all its beauty and complexity. One question that could be posed to that is, couldn't she gain perspective on enjoying her life from the other women at the house? She could have just as easily formed a close friendship and sisterhood with one of the other women there as opposed to a dynamic that becomes blurred with romantic intentions. Not that there is anything wrong with that, it's just that this story is about Ellen's journey to recovery and a healthy life. While romantic elements can be implicit in what is a part of a healthy life, it isn't what should define a healthy life. The film at times seems to push Luke to Ellen as an option of what her life could be like if she could just get herself together enough to enjoy it and be present. That aspect feels reminiscent of something from "The Fault in Our Stars" and films like it, where two people who are both struggling, find each other, and struggle together. Any shifts in the dynamics between Ellen and Luke thankfully were handled in a way that felt earned and real. It is the only consolation regarding the Luke and Ellen dynamic. Luke, for his part, also could have been presented with other things in life to focus on besides his passion for dance or Ellen because he is also at the house to recover and do better, which he actually was doing quite well with until he hit another wall. Aside from that, the pair does have a palpable chemistry and that helps. 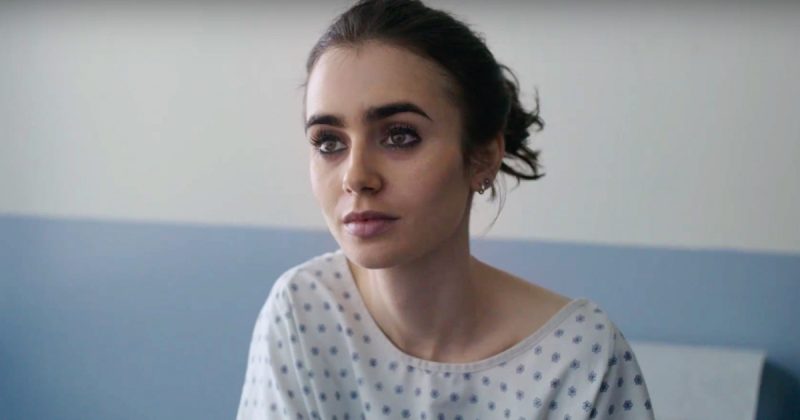 One of the more affecting films of the subject of anorexia, To The Bone is sure to spark some discussions on how the subject matter is handled here. Regardless of what you might think, there are some genuine moments of heart and emotion. That is enough to warrant a look.
Rating
7.5
Pros