"Crazy, different and pretty fun"
By: Edward Oliveira | Wii-U Reviews | August 8, 2016
Announced soon after the Wii U launched, Nintendo and Atlus’ Fire Emblem X Shin Megami Tensei just… disappeared. After a few years, it reemerged as a Persona-looking RPG revolving around Japanese idol and pop culture. It was a big eye-opener, with fans thinking we would get more Fire Emblem than Shin Megami Tensei. But it’s done and its here, so is it still worth it after these three years? https://youtu.be/J6K1EMAEQog Tokyo Mirage Sessions #FE revolves around beings called Mirages sucking energy called Performa, an energy essence created from the talents of popular performers. After Itsuki loses his friend Tsubasa by the host of a singing competition, he follows them into a demented world revolving around Japanese pop culture, dubbed the Idolasphere. There, he and Tsubasa befriend two of the Mirages: Fire Emblem characters Chrom and Caeda, who offer their support. From there they meet new friends both original and from Fire Emblem (including a heart attack-inducing bundle of adorable vocaloid that is Tiki) and find out the mystery of the Shadow Dragon, a Fire Emblem staple. It’s weird without a shadow of a doubt, but it’s a pretty neat adventure with a great cast, though don’t expect much super twists. 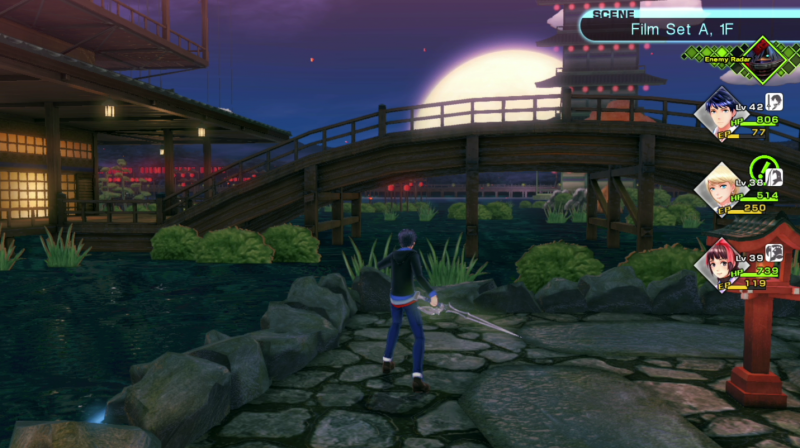 Each portion of the Idolasphere you explore has some sort of theme to it, like fashion, TV or the aforementioned singing competition. Though that sounds pretty unique, the dungeons are standard JRPG fare. Anyone who’s played Final Fantasy X or a Tales game can instantly understand the gameplay: center the dungeon around a puzzle, pull a switch here and there or do something in a certain order; and proceed to the boss. You're also dealing with enemy encounters during the process, which slows you down even more. During it, you’re fighting enemies, though your character can slash them outside battle, which will stun them to avoid or initiate a situational fight. 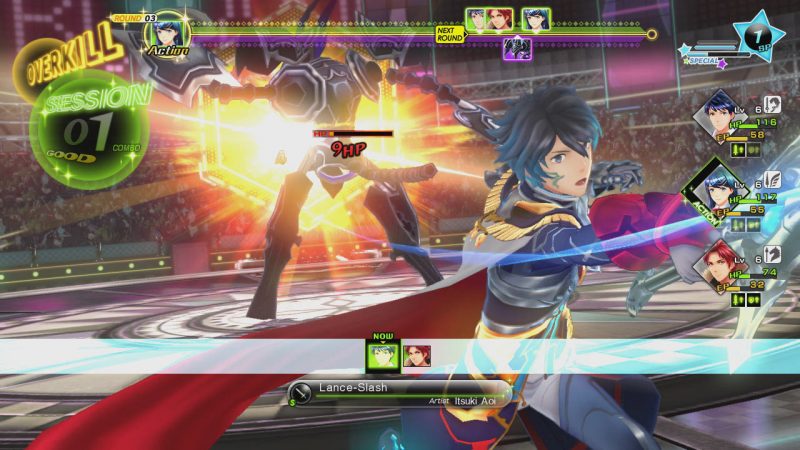 Though dungeons can be a drag, which they usually are in JRPGs, Tokyo Mirage Sessions' combat system is where the gameplay comes to life. When in battle, all the characters merge with their Mirages (much like Personas in Persona), transforming them to their Carnage forms. Despite the dark name, the outfits Itsuki and cre don range from flashy to super adorable, especially Tsubasa’s Pegasus Knight costume. From there comes a more traditional Shin Megami Tensei/Persona style turn-based combat, so don’t expect a grid to pop up Fire Emblem fans. 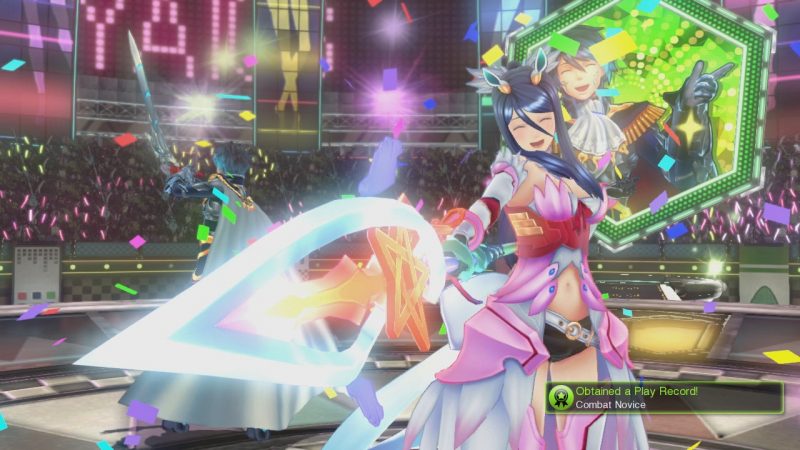 Players always love the sensation of feeling a little bit overpowered, and that’s where the Sessions come in. Sessions come from certain attacks and the abilities of a different comrade - and if both apply, that character will sneak an extra attack. They can stack with the third player on the field to trigger multiple sessions, and the concept turns from that feeling of being overpowered to necessity in late-game battles. This, alongside a traditional element weaknesses system creates a sense of strategy in an otherwise simpler combat formula; and it’s fun crafting a team with the right balance of session stacking, character abilities and elements. Lastly, one of the few nods to Fire Emblem allows you to upgrade weapons and get new abilities, skills, as well as use Master Seals to promote the Mirages into new classes. 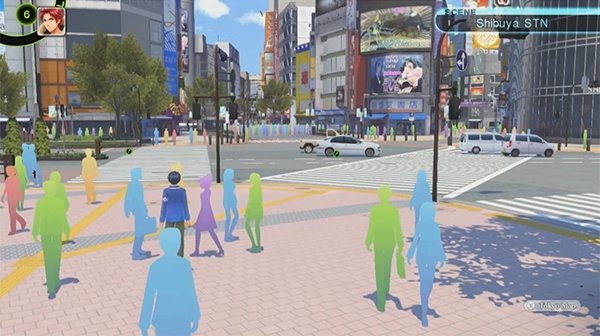 Outside the zany Idolasphere, you wander around a semi-real Shibuya, equipped with its recognizable landmarks like the Shibuya 109 store, dubbed the 106 (which is also a dungeon); as well as the statue of the dog Hachiko outside the station. You’ll do your normal JRPG side quests, but like other games that take place within a real life location, incorporates fun stuff based on local flavor. In this case, it’s stuff like anime collectables and J-Pop commercials. I’m always a sucker for these “slice of life” sections, because it creates not just a world that the characters live in, but also one that actually exists. Doing these enhances the cast around you and can build up relationships, much like you see in both Persona (social links) and to a lesser extent Fire Emblem. Add the fact that production values are pretty high with anime cutscenes and a lot of (Japanese) voice acting, you’ll consistently be immersed. Tokyo Mirage Sessions #FE is a game you’d know you like just by viewing it's trailers. It's Japanese flavor is catered to the otaku and weeaboo crowd. Those unfamiliar (and are brave enough to try) shouldn’t be disappointed either. That’s because within it's J-pop exterior is a fun Persona-esque RPG waiting to be explored. It also serves as a teaser of what’s to come with Persona 5. Fire Emblem fans may be disappointed for the lack of their half in the formula. To be honest, Tokyo Mirage Sessions has its own unique flavor that sets it apart from not only Fire Emblem and Shin Megami Tensei, but any JRPG.
Rating
8.0
Pros