By: Tom | PS4 Reviews - Xbox One Reviews | January 28, 2014
Long running franchise, Tomb Raider, got the reboot treatment last year, and now ten months later the so called Definitive Edition is out on Playstation 4 and Xbox One. But how definitive is it?
With a new found focus on combat, fans of the old series might feel disappointed with the reboot's complete lack of puzzles. The combat, however, is super slick. Lara starts the game with a simple bow and axe and emphasizes stealth, and the game makes silently clearing out enemies so satisfying that I found myself returning to those simple weapons even after Lara had built herself an arsenal full of advanced weaponry. Frequently Lara will find herself in a large area with a lot of enemies to kill and a lot of avenues to approach them. The environments encourage exploration, and wiping out a map filled with the bad guys in your own way is enormously fun. 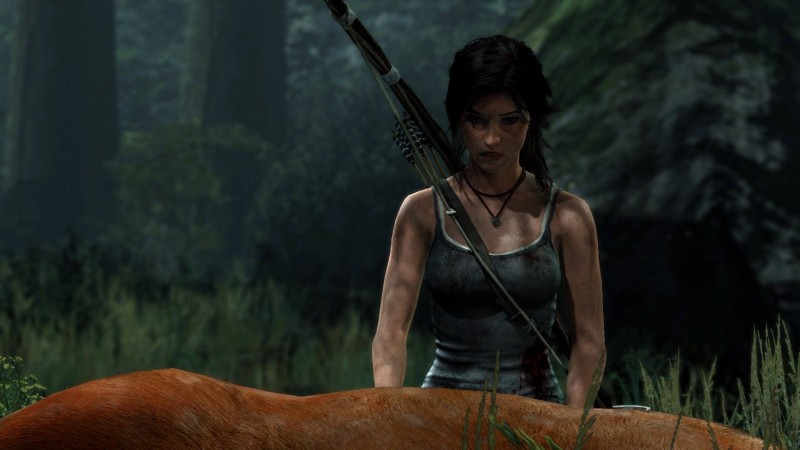 What Tomb Raider lacks in puzzles, it makes up for in waist high walls. Yes, this reboot is a cover based shooter, but it revolutionizes how players interact with the environment. Lara automatically crouches behind any cover, removing the need for an extra button press and the frustrations caused by sticking to cover longer than desired. It sounds overly simplified but you will never want to play a third person shooter any other way.
It is disingenuous to say there are no puzzles. There are a few environmental puzzles that mix up the pacing of the game, and some decent platforming occasionally as well. In addition, there are a handful of completely optional areas called "tombs." To raid the tombs, you have to solve a larger, more complex puzzle with the reward being a weapon upgrade item and experience. They are fun to do, but they never get challenging enough to be rewarding in themselves, and there are far too few in the game. 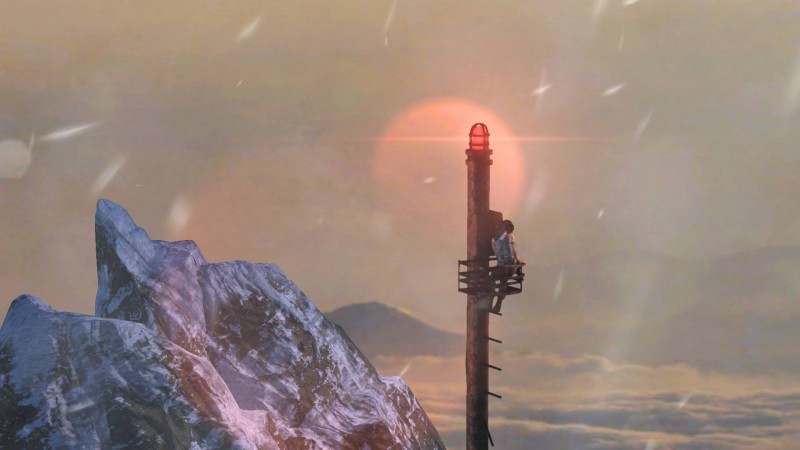 Weapons can be upgraded by finding specific upgrade items, as well as raw currency. It is a good system that allows you to customize your playstyle. I enjoyed the bow more than anything and some of the upgrades are crucial to making that a full time weapon. Abilities also get unlocked with experience that increase Lara's chances of survival and combat prowess. Unfortunately, surviving in a hostile environment does not actually become a gameplay mechanic. It would have been fun to have a hunting mini-game or other survival based mechanics to add some more variety to the gameplay.
The story in Tomb Raider is utter nonsense. Lara and crew crash on an island, there are cultists on the island that want to kill everybody, and summon their goddess so they can leave, or something. What it lacks in narrative quality, however, it makes up for in set pieces. There are great environments that make for some amazing moments. My biggest complaint is that the suffering Lara experiences in the cutscenes rarely play out further in gameplay. As an example, early on Lara gets impaled in the gut. The blood stain remains for the rest of the game, but it has no affect on her after the initial cutscene. It is a problem throughout the entire experience as it never lets you get fully immersed in gameplay. 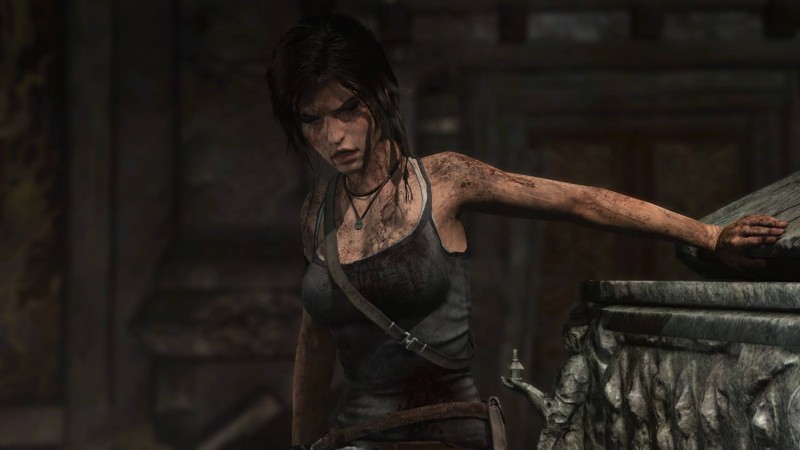 Tomb Raider looked excellent on consoles last year and the visual fidelity only make the game better. The same cannot be said for the update to Lara's appearance. She’s now sporting TressFX hair, bringing her dangerously close to the Uncanny Valley and some extra make up. Her face does look nicer, but it lacks lifelike movement causing it to look creepy occasionally. I don’t think the changes add anything positive, besides her being rendered more cleanly. The game itself now runs at 1080p on both consoles and looks spectacular. Unfortunately, the PS4 version’s unlocked frame rate makes it seem a lot clunkier than it is. Most of the time, its running silky smooth, but when a lot of activity is on screen gameplay noticeably slows down. The Xbox One version appears to be locked at a lower framerate, but as a result it runs smoother.
The game's multiplayer component must have been outsourced or extremely rushed because there is wild potential to make a really fun action packed game, but what’s there is as boring as you could imagine. Your character moves slowly, the maps are riddled with strange traps that do not add any fun to the experience, and the weapons are completely imbalanced. There is almost no reason to use any weapon other than the sub machine gun. Rounds go on for what seems like an eternity, and it never becomes remotely exciting. It also doesn't help that nobody is playing it online, and finding a full match is nearly impossible.
The Definitive Edition is the version to buy if you missed Tomb Raider last year. The improved visuals are reason enough to pick it up over any other version, but it doesn't bring enough to the table to justify a full price purchase for someone who played the game originally. Tomb Raider an excellent game, and even though it lacks some of the puzzles the series is known for, it is one of the greatest third person shooters ever made.
Rating
9.0
Pros