There has been a lot of buzz lately regarding the casting of the Scarlet Witch in the second Avengers movie. Word is that Elizabeth Olsen has the inside track on the part. So this got me thinking about what other female characters might eventually find their way into Marvel movies. Also commemorating the fifty-year anniversary of the first issue of The Avengers comic book, I offer (a completely non-objective) the 10 best female Avengers. (For this list, I did not consider members of the Young Avengers or Dark Avengers.)

This is sort of a personal choice here. There are a lot of characters who could have made this spot: A great character who has a short and recent entrance to the Avengers (Rogue, Valkyrie); promising but untested new members (Captain Universe, Smasher); or maybe you just have a thing for bald ladies (Moondragon). For me, I like characters with a cool backstory. Patsy Walker was originally a character from romance comics published by Timely (one of Marvel Comics' old incarnations). She became the superhero Hellcat in 1976. Although she wasn't on the team that long, I've always liked the name, costume and personality that Patsy Walker and Hellcat brought to the team.

This will probably surprise a lot of people, but Sersi was a consistent member of the Avengers for four straight years, from 1990-1994. The character is actually a version of the mythological Circe (this is one of Sersi's aliases). Instead of targeting Odysseus, this Sersi formed a romantic relationship with the Avenger Black Knight. Sersi is also a Jack Kirby character design (The King would have been 96 this week). These days, Sersi is a member of the Eternals. Although the 1990's weren't the peak of the series, she was a very powerful member of the team and was involved in some good stories.

Sometimes, a character is more significant in death than life. Mockingbird (Bobbi Morse) was one of the characters brought back to life in Secret Invasion. Her "death" sixteen years earlier in Avengers West Coast #100 had significantly affected her husband, Hawkeye. Over the years, though, Clint Barton evolved, so it proved difficult to reunite Mockingbird and Hawkeye when she returned. However, Mockingbird, originally an agent of S.H.I.E.L.D., was also a significant character for a time while she was alive. She was a charter member of the West Coast Avengers and had a key role on the team and in that series until her death.

Much like Mockingbird, Jessica Drew was significantly affected by the event of Secret Invasion. It turned out that all of the stories involving Spider-Woman in New Avengers actually showed a Skrull impersonating her. Still, I feel that the exposure of Spider-Woman in New Avengers, Skrull or not, gave the character a boost in popularity so that now Jessica Drew is an accepted member of the current Avengers team. Interestingly, Drew was a member of S.H.I.E.L.D., like Mockingbird. She was also a double-agent who was a member of Hydra for a time. 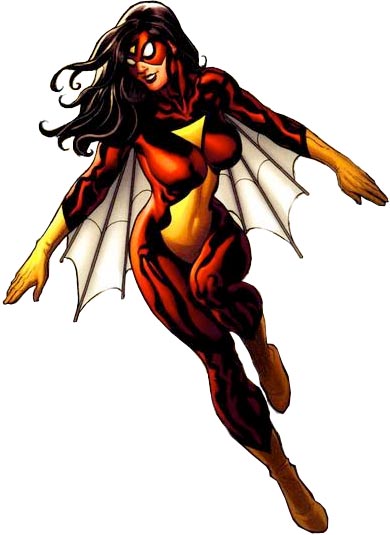 Having this Captain Marvel this high might seem strange to young/new readers of Avengers series. Monica Rambeau was a much less visible character in the Marvel Universe after the 1990's and has now gone through two name changes. However, she was a mainstay on the Avengers teams in the 1980s issues. In fact, Rambeau was even the leader of the team for an extended period (and led in multiple stints). Having an African-American woman as the leader of one of the biggest superhero teams is a pretty significant milestone. She was a dependable member, and I've always liked her power set. It's nice to see that Rambeau has re-emerged recently under the name Pulsar and will be a part of the upcoming Mighty Avengers team. 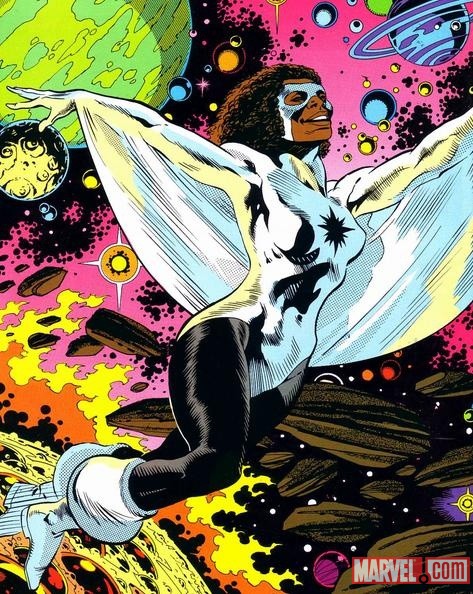 For a large portion of the world, Black Widow is the female Avenger. However, prior to the late 2000's, Black Widow had not been a consistent member of the team for decades. Personally, I prefer Natasha Romanov on her own or in two-person stories rather than a team book. However, she is a great character and was a key member of the team in the 1970s. After joining the Mighty Avengers, she's become swiftly re-associated with the team in a number of comic book titles like Avengers Assemble and Secret Avengers. 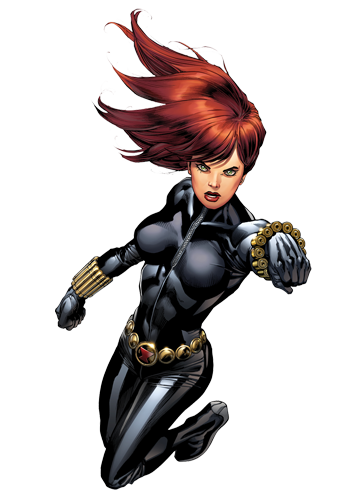 I feel like Jennifer Walters is a pretty underrated character (and one of Stan Lee's last great creations). She's had a cult solo series and been a key member of both the Avengers and Fantastic Four (and now Future Foundation). For a period in the 1980's, She-Hulk was one of the most powerful and most likable members of the Avengers. Although she's had a number of team affiliations, she's been a frequent member of the team, becoming a regular member in the 2000's again. I would guess that among a segment of fans she's still one of the most popular female Avengers. Captain Marvel has had an interesting history. After being altered by Kree technology, she became the superhero Ms. Marvel. She was a notable character in the 1970s, but like fellow 70's members Black Widow, she was less prominent on the team in the 80's and 90's. Overall, Danvers is one of the most accomplished women to ever become a member of Earth's Mightiest. She was an Air Force pilot, agent of S.H.I.E.L.D. (seems to be a trend), NASA Chief of Security, and even edited the Marvel Universe version of Rolling Stone magazine. The recent version of Carol Danvers, now called Captain Marvel, has been a highly visible member of the Avengers, even leading the team in Mighty Avengers. She also currently boasts one of the best costumes in comics.

Wanda Maximoff became something of a villain during Avengers Disassembled, resulting in her almost wiping out all mutants. For this reason as well as her often-undefined powers, Scarlet Witch is often disliked by fans and even within the comics. However, she has also been a key Avenger for a long time, taking part in some of the most classic Avengers stories. She was also only the second woman to join the team. Even her role in dramatically reducing the number of mutants in the Marvel Universe marks her as a very important character. Thankfully, there seems to be a recent trend of redeeming Wanda, and she is a central figure in the Uncanny Avengers series.

Janet van Dyne has had a long, distinguished career as an Avenger, yet she's probably not the most popular character on this list. Her relationship with Hank Pym has been tumultuous and her interpersonal actions with other Avengers have occasionally been questionable. However, when you look at the entire history of the Avengers team, she's overall the most important female member. She was a founding member of the team, the first and only female member at the time. She's one of the longest serving members and also served as leader of the team for an extended period. Her powers may not be the most impressive, but she has proven herself as a crucial Avenger over and over. She even sacrificed herself for the good of Earth in Secret Invasion. It turns out she didn't die, but her willingness to give up everything to help others really does speak to her attributes as a hero.

Those are my choices. What do you think? Feel like Tigra, Mantis or Crystal got robbed? Can't stand Wasp? Leave a comment with your picks.