"Dude, I’m like, so high right now, I don’t even know, like, where I am"… not to worry, you’re on Player Affinity, your destination for the ultimate euphoric high — a movie high that is. Bradley Cooper and Robert De Niro star in the adaptation of The Dark Fields called Limitless, from director Neil Burger. Cooper’s Eddie begins taking the experimental drug NZT which unleashes the full intellectual potential of his mind at it puts him on the run from ominous powers to be. In honour of Limitless, Player Affinity will run down the top ten fictional movie drugs ... the only kind this site condones.

Despite what Bruce Wayne told his tech expert Lucius Fox: “you know how it is, Mr Fox. You're out at night, looking for kicks, someone's passing around the weaponized hallucinogens…” taking a hit of Fear Gas is likely not the best life choice unless the lame slate of horror movies released lately has you looking for some more realized frights. Derived courtesy of Ra’s Al Ghul’s League of Shadows, this substance is better utilized on your enemies than yourself. So unless you’re already a psychotic and feel like you need a little kick, I’d say no to drugs this time. 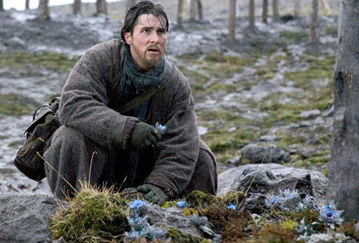 9. Zydrate; Repo! The Genetic Opera
- Results in: loss of feeling, hallucinations and euphoria

Manufactured by GeneCo, for people undergoing surgery, "Graverobbers" sell a cheap version of Zydrate on the black market extracted from the brains of the dead. Though highly effective at creating a numbing feeling, Zydrate is also highly addictive and potentially deadly. The dystopian future in “The Genetic Opera” is clearly is not benefitting from the existence of this substance with the lower class not only suffering from brutal organ repossessions on a daily basis but also widespread addiction. Though in this surgery-happy future, such a drug might be a necessity, I would recommend you stick with Advil for the time being.

“All things in moderation and moderation in all things” the saying goes, and it has never seemed truer than for Substance D, an initially intoxicating substance which when used chronically can manifest in a split personality, cause cognitive problems and severe paranoia. While tripping balls with visions of creepy insects and your execution by a forgetful police officer may have its momentary novelty, I suspect the feeling would be fleeting. An entire separate list could be created featuring drugs created by sci-fi writer Phillip K. Dick, whose source material was the inspiration for this Rotoscoped Richard Linklater film and it is his propensity for the bizarre that easily shies me away from wanting to take a hit of this particular poison.

7. Valkyr; Max Payne
- Results in: a feeling of invincibility

Ok, now we’re getting somewhere. Everyone could use a little boost in confidence now and then, so how about a big one. Originally synthesized for a super soldier program by Aesir Pharmaceutical for the military, Valkyr showed positive results in only a few subjects; the rest saw hallucinations and eventually went insane. Ok, maybe not the confidence boost we were looking for. In the film, deranged former Sergeant Jack Lupino (one of the few successful users of the drug) certainly seemed to be enjoying his inflated sense of awesomeness until he met his bloody fate, so I suppose if I could get a guarantee this could be an interesting trip. Still, for now I’ll stick to my own inherent charms to boost my confidence.

Tempting. Melange, or The Spice, is the most essential and valuable commodity in the Dune universe, a geriatric drug that gives the user a longer life span, greater vitality and heightened awareness. In some cases it can even bestow the user with prescience depending upon the dosage and the consumer's physiology. The Spice is, however, very expensive and not just in an underlying monetary sense; it is heavily addictive and withdrawal is fatal. If you’ve got the coin and are looking for some truly superhuman abilities, The Spice does seem to have a lot going for it, but is not a “drug” in the euphoric sense. If you feel like you have a risk of defaulting on that credit card payment I recommend you stick with pepper.

Adaptation is a bizarre movie through and through and features a bizarre drug to follow suit. Synthesizing the ghost orchid flower into a drug, apparently causes “fascination.” I don’t have much to say about this particular entry, partly because I am still trying to figure out all the nuances of the film itself. What I do know is everyone could use a little bit of fascination; people have become too used to the amazing these days. Ironically, that statement fits perfectly with the theme and essence of Adaptation, with which, I am already fascinated.

Every mascara-stained girl with her box of rocky road ice cream and pile of Kleenex could use a little Prozium following a bad break-up as could anyone suffering loss of a loved-one. As long as you don’t have a corrupt totalitarian dictatorship forcing you inject yourself on a regular basis, this miracle drug could have many interesting uses. Load a dose into a tranquilizer-gun and pump a few rounds into Bin Laden and problem solved ... well, he might be a bit too far gone. Seemingly without addictive properties or side-effects, Prozium is one of the few drugs on this list created for an actual non-recreational use, so count that in its favour. As long as frequent high and lows don’t result in some sort of twisted dementia I could see a vile of Prozium in a lot of people’s medicine cabinets.

At last, a fictional drug from the silver screen that does what most real drugs available today (legal or otherwise) do: give you a buzz that doesn’t send you on a wacked out, lucid, drug-addled bender or kill you instantly (well, ok at least not most of them). Tom Cruise’s John Anderton, grieved by the death of his son, uses the illegal drug Neuroin (as in neural heroin) in inhaler form to quell his sorrows. Street-named Clarity, this officer of the law procures the illicit substance from a blind peddler, risking his position at PreCrime as a result. I’m not sure if booze in the future has lost its kick, but Anderton opts for the hard stuff here, or maybe it already exists and has something to do with Cruise accepting Scientology.

We’ve all heard the sad stories of poor youth huffing gasoline to get a buzz, so it’s no surprise that the act of ingesting fuel would carry over to film. Liquid Karma is the new, ground-breaking source of fuel in Southland Tales, but is also used as a drug. Fluid karma is an "organic compound" that the Treer Company discovered while drilling off the coast of and exists naturally under the Earth's mantle. Favoured by soldiers fighting in The Third World War, the primo version may cause users to experience telepathy (able to see into the past and future) and a kind of connection to a higher power (and considering the heavy biblical references in the film, this side-effect is not surprising). I mean, how can telepathy not be useful? Maybe I’d do better at predicting the Oscar winners next year.

1. Moloko Plus; A Clockwork - Results in: drunkenness and possible ultra-violence

The Moloko Plus, also called Knifey Moloko, is a highball cocktail drink enjoyed by Alex DeLarge and his gang of thugs at the local milk bar in Stanley Kubrick’s A Clockwork Orange.  The specific ingredients are never explicitly revealed, and there are many variations which include barbiturates, commercial drug apocryphal, Absinthe and other liqueurs. The main characters in the film prepare for "ultraviolence" by drinking it, though it is unclear if this is a common side-effect. If it is anything like normal alcohol and marijuana, I suppose it all comes down to how intoxicated you are, how brave you feel and how hot the woman is. From a classic film, this is one fictional substance in which I might want to indulge.