It is time for even more GTA content to entertain you with in anticipation for the biggest release of the year, Grand Theft Auto V. Of course the reveal of GTA Online will be on many people’s minds currently with the first video and previews all coming out this Thursday. We will be rounding up all that news for you but before then it’s time for another list that highlights the best of previous GTA games. And this time we are talking all about characters.


Characters are a hugely important part of any GTA game. Sure, if the gameplay is fun and the missions are great then you can overlook the occasional bad one. But a great character makes everything else that more enjoyable and can really tie together the story and the gameplay. We have had a huge array of different protagonists and supporting cast so far, and with 3 unique protagonists in the upcoming game, GTA V looks to continue this tradition. So let’s get started on our top 10 Grand Theft Auto characters and see how many of your favorites are or maybe are not included.


Kicking off the list is a comedy relief character from the most recent piece of GTA content. Yusuf Amir is one of the main mission givers in TBoGT and provides great entertainment throughout. An eccentric billionaire Arab, Yusuf optimizes everything there is about the Liberty City playboy lifestyle. He loves painting things gold such as his phone, an uzi and even a Buzzard helicopter and really likes listening to ‘Arab Money’ by Busta Rhymes.


One of the best parts about Yusuf is that his ridiculous personality means the game features some rather ridiculous and over the top missions, something that was completely missing from Grand Theft Auto IV. Whilst only brief, Yusuf left such a great impression on me that I really hope he pops up in GTA V one way or another. Who knows, maybe he needs a golden yacht delivered to his new residence in Los Santos. We can only hope.

Previous Appearances: GTA IV, The Lost and Damned, The Ballad of Gay Tony


Another character from the fantastic DLC for GTA IV, this time its our protagonist from The Lost and Damned, motorcycle enthusiast Johnny Klebitz. Johnny was an easier character to digest after Niko as he has pretty simple morals and goals in his life. By no means a saint, Johnny does not screw with people that don’t having it coming to them. He will stay loyal to those to are to him and will eliminate anyone that gets in his way.


Johnny did not have the happiest ending to his story, with the Alderney chapter of The Lost MC club ultimately destroyed but there could be more to him yet. We have already seen graffiti of The Lost MC club appear in GTA V and with his own chapter destroyed could he have relocated to Los Santos? I think there is a big possibility he may have.


Salvatore Leone is the ultimate crime boss in Grand Theft Auto history. Playing a prominent role in three games, he has been involved in more organised crime than anyone else in franchise history. First appearing in GTA III, and ultimately meeting his fate to our protagonist, that did not stop him popping up in later games set before and helped flesh out the character even more than we first thought.


While there is zero chance of a return, Salvatore Leone makes the list for being such an important part of the 3D universe of games. The first family of GTA organised crime and undoubtedly the best, no one has done it better since. Salvatore will be remembered for many years to come.


Like Yusuf previously, Ken Rosenberg provides the laughs during his starring role in Vice City and small part in San Andreas. A smarmy lawyer with an addiction, he is the butt of the joke most of the time and is constantly worrying about everyone who wants him dead, which is a list that increases by the day. If it wasn't for Tommy Vercetti, I doubt Ken would have lasted as long as he did.


Ken was one of the first real funny characters in a Grand Theft Auto game and his legacy has continued even if he is no longer present. Yusuf as I mentioned was similar and it looks like Trevor will be providing many laughs in a more dark and twisted style in GTA V. While characters may provide more than Ken let’s not forget how important he was for the series at the time.


Everyone has that crazy ex girlfriend who is slightly insane and just doesn't know how to let go. In Catalina’s case, she pushes this to the very limit with not one but two of our protagonists. Later she features in San Andreas that further solidifies her mental state after leaving CJ for Claude but it’s her starring role as the antagonist in GTA III that gets her a place on the list. After betraying us in the opening scenes it becomes instantly clear what our motivation is and without Catalina the drive to progress the ranks of the criminal underworld just wouldn't have been the same.


What’s sad is that Catalina is also the only female to appear on this list. While that shows how Grand Theft Auto really does lack strong female characters and with the next game having three protagonists, it’s a real shame one of them wasn't a woman this time round. Though on the other side it does show how great Catalina really is and hopefully one day there will be another woman in the franchise as badass as the first lady of GTA.


So far we have had great antagonists, protagonists and even comedy characters, but now it is time for something different. Lance at first appears as a pretty trustworthy character, one whose motivation is honorable. Avenging his brother’s death. But as we gain power in Vice City it seems that Lance wants the same thing, and there can only be one big dog in this city. And Tommy has no intention of backing down.


Lance had a lot of personality and his passion for coming up with one liners are still quoted today. His relationship with Tommy is very interesting as it ultimately ends in betrayal and is still rather unique for the series so far. Don’t be surprised if something similar pans out in GTA V, as even though Los Santos is a big place, will any of the guys be happy to share?


While The Truth may not be as important as other characters on the list or a have bigger role, he is still absolutely awesome. It is hard to explain what is so great about this character except that it just worked perfectly. He wouldn't work in any other GTA games but he completely nailed everything that was great about San Andreas at the time. He was funny, original, unique, weird and most importantly involved in so many great missions.


Whether it was stealing a combine harvester, burning down his weed farm before the cops arrive or even breaking into Area 69 to steal one of the best things to ever exist in GTA history. No one else comes close to The Truth in terms of fun missions provided and shows how much a character’s personality can influence gameplay. Whilst there is zero chance of him returning, I pray for some sort of miracle as only having this character appear in one game is an absolute travesty. 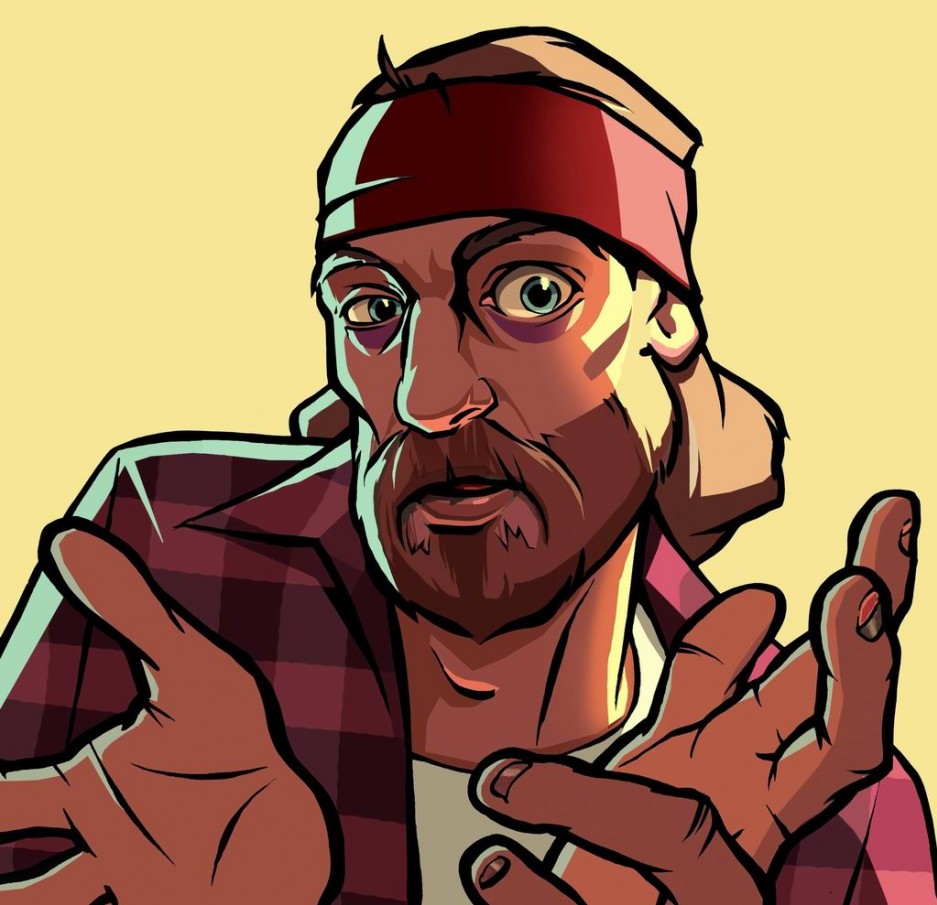 
While CJ is quite a basic character in theory, telling the usual rags to riches story, he is still very memorable. Everything around CJ became increasingly ludicrous and he still managed to stay grounded and somewhat realistic. Sure, doing some of the random missions in a faint attempt to save his brother does seem kind of silly but at least his motivations were pure and his voice performance was spot on.


CJ was a yes man and was one of the least involved protagonists as it seems everyone around him progressed the story. But without CJ we would not have Grove Street, Tenpenny, and everything else that his story contained that made San Andreas still the best GTA game to date. So far anyway.


Frank Tenpenny is a dying breed in the Grand Theft Auto games for many reasons. Voiced by a famous movie star, something which Rockstar now shy away from, and a pretty typical villain in every sense of the word. He does not try and be something he is not and from the first time we see him to the last he acts exactly the same. A corrupt police officer who uses everyone around him to get what he wants. Tenpenny is the enemy you must destroy and is one of the biggest driving forces in any GTA game.


Having a recognizable voice made the performance even better as we knew what the character was capable of from our preconceptions of the actor. While I agree casting unknowns for the most part helps you believe the characters more, in this case I can’t imagine anyone else playing Tenpenny with the amount of charm and arrogance that was needed. Here’s to the best antagonist in GTA history. 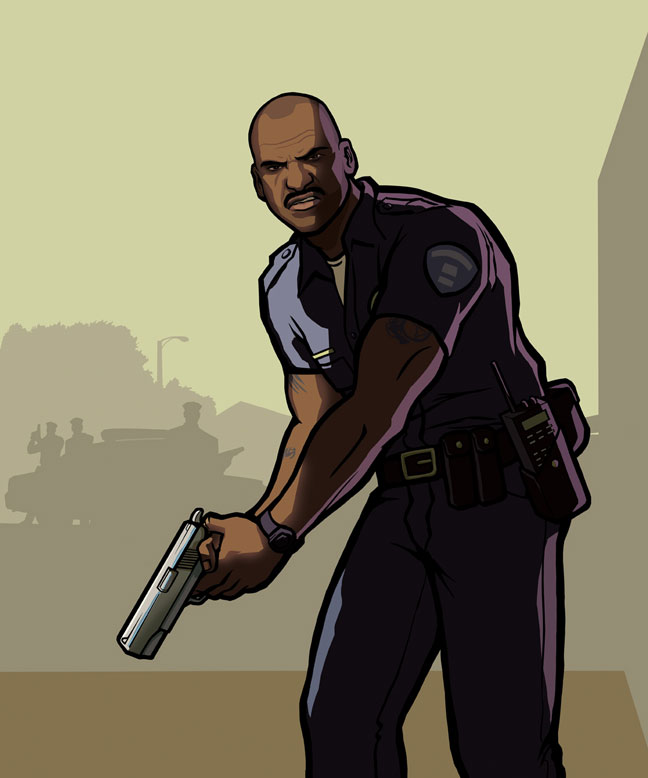 
Who else could it be? Over ten years on since his only appearance, fans still adore Tommy Vercetti and his magnificent performance as our fantastic protagonist in the 80’s love letter, Vice City. Tommy epitomized everything about the era fantastically and following his rise from backstabbed gang member to kingpin of the city is still the best story told so far.>


Voiced brilliantly by Ray Liotta and a perfect fit for Vice City, Tommy is a true one of kind in the GTA universe. The fanbase is so big then when we first got a glimpse of Michael in the first GTA V trailer, many hoped it was Tommy that would be returning. We know now that is not the case, but with Michael being a part of a witness protection scheme, don’t completely disregard the theory yet. Just put the chances of it happening at around 1%.

And there we have it. Of course not everyone’s favorite characters can make the list, but I imagine most shockingly for most is the exclusion of Niko Bellic. I liked Niko and had him narrowly missing out on a spot, but ultimately I just found other characters more entertaining and interesting. Maybe Niko can win me over if he pops up again in GTA V. Just please don’t spend all your time bowling with Roman this time.


Just around the corner will be the first video and details from Rockstar Games regarding GTA Online, the multiplayer component for Grand Theft Auto V. Check back here on Thursday and we’ll have all the new information for you as soon as we know it. Also continuing this series we still have plenty more GTA features lined up before the big release rapidly approaching on September 17th.