It's an election year, which means it's time to devote a great deal of thought and energy into analyzing the structural foundations of democracy, with roughly 2 percent of said discussion actually being serious or thoughtful. You don't have to be the DJ 3000 to realize that when it comes to politics, sometimes you gotta laugh to keep from crying, especially at a time when the values we should be celebrating get buried in the fracas of a 24-hour news cycle that highlights gaffs and attack ads instead of platforms.

But that's all good news for the estate of comedy, as some of the best films out there revel in taking the piss out of the democratic process. Whether lampooning government at the district level, like this week's The Campaign, or targeting the national halls of power, this list of political spoofs and send-ups is guaranteed to make you laugh at how eerily accurate the satire is … then sigh dejectedly at how eerily accurate the satire is. 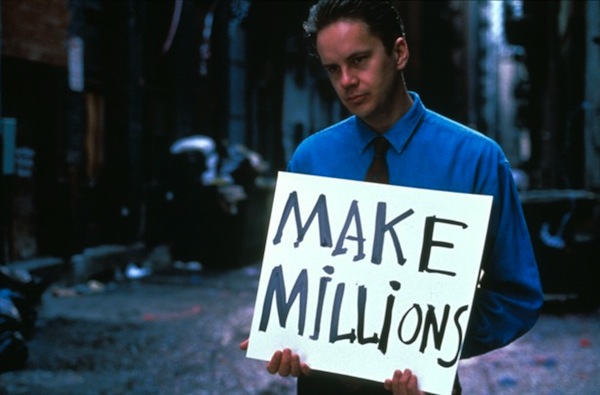 Tim Robbins' passion project makes clear that the only thing worse than a neo-conservative, corporate-funded, CIA-backed puppet running for senate is a neo-conservative, corporate-funded, CIA-backed political genius running for senate. Originating from a Saturday Night Live sketch and using the mockumentary framework of Spinal Tap, Bob Roberts has all the makings of an over-the-top caricature study, that is until the funhouse mirror starts reflecting back the real dangers of military and corporate controlled congress, and the futility of social change. And this was in 1992. If you're not already in the fetal position by the 90-minute marker, just wait for an improvised speech by Gore Vidal about the American public being the anecdotal frog ignoring a slowly boiling pot of increasing social control.

Cynical Soundbite: "There are no Mr. Smiths in Washington. Mr. Smith has been bought."

One of the most recurrent themes in political satire is how crazy it would be for politicians to stop with the double-talk and just tell the truth. But with a media and public already so tuned into the bullshit rhetoric, would anyone notice if someone started telling it like it is? Senator Jay Bulworth doesn't get his moment of reckless clarity until he's suicidal enough to order his own assassination, but the result is a 24-hour blitzkrieg of Aaron Sorkin-style truth bombs being dropped at campaign events (probably because Sorkin had a big hand in writing the script). Come for the straight talk courtesy a rapping Warren Beatty, stay for the appropriately bleak and disillusioned finale.

Cynical Soundbite: "I mean, those boys over there on the monitor/ they want a government smaller and weak/ but they be speaking for the richest 20 percent when they pretend they're defending the meek." 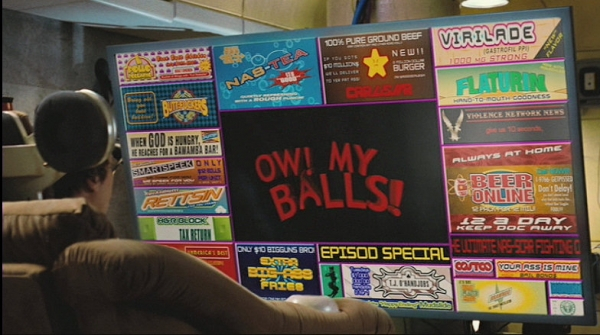 Mike Judge's barely released cult favorite takes the feeling of being the smartest guy in the room and runs with it to a horrifying new low when a cryogenically frozen army schmoe awakens to a future when stupid people have proliferated to an extent that has wiped out all traces of brain power by the year 2505. In a world where the language is a sub-Xbox Live mix of grunting and sexual pejoratives, and the biggest TV show is called "Ow! My Balls!" it's easy to overlook Judge's gentle commentary on the modern era's growing anti-intellectualism and corporate ownership, even if evolving Starbucks into a futuristic sex parlor seems less satirical every time someone mentions that chain by name.

Cynical Soundbite: "You think Einstein walked around thinking' everyone was a bunch of dumb shits? Now you know why he built that bomb." 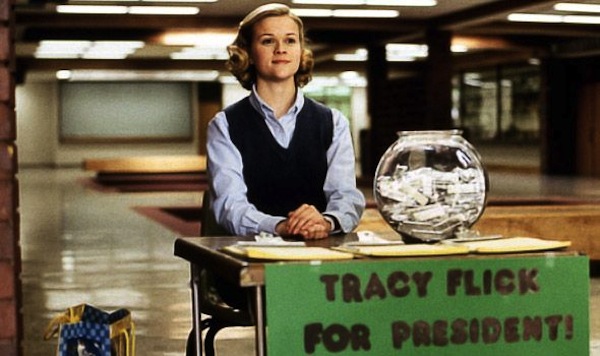 Is it possible to take the electoral process seriously when your introduction to it is so utterly pointless? The candidates running for class president in Alexander Payne's Election are a cross section of the exact sorts of schemers and idiots that seem to always dominate the political landscape. There's the insanely driven overachiever willing to do anything to get ahead, a popular golden boy who's dumber than a sack of hammers and a fringe candidate who inspires voters by telling them not to vote. When dastardly plots are made and lives are ruined for the sake of one meaningless election, imagine the kind of damage a real one could do.

Cynical Soundbite: "We all know it doesn't matter who gets elected president of Carver. Do you really think it's going to change anything around here? Make one single person smarter or happier or nicer? The only person it does matter to is the one who gets elected." 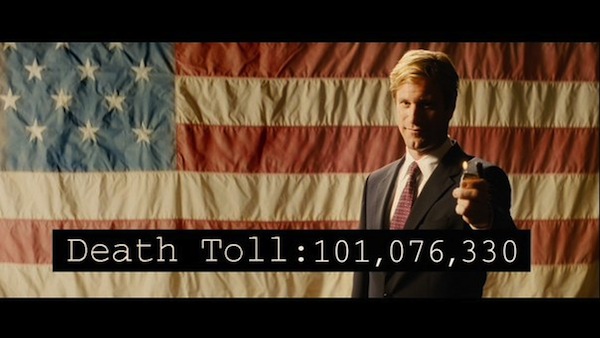 6) Thank You for Smoking

Dealing more with the importance of spin in politics than the process itself, Jason Reitman's directorial debut is a gleefully transgressive love letter to the most indefensible groups out there: giant corporations and the lobbyists embodying them. Led by Aaron Eckhart as Nick Naylor, the self-described Colonel Sanders of nicotine, Thank You For Smoking lays waste to all players in the game of media control, from Hollywood and advertisers, to crusading elected officials. It takes the stance of a magnetic know-it-all that knows how to thumb its nose at the system it's exploiting and look damn good doing it. Although there's a sweetness beneath all the self-interested rationalizing, rarely  does such dark wit come in package so slick and entertaining.

Cynical Soundbite: "I get paid to talk. I don't have an MD or law degree. I have a baccalaureate in kicking ass and taking names. You know that guy who can pick up any girl? I'm him. On crack." 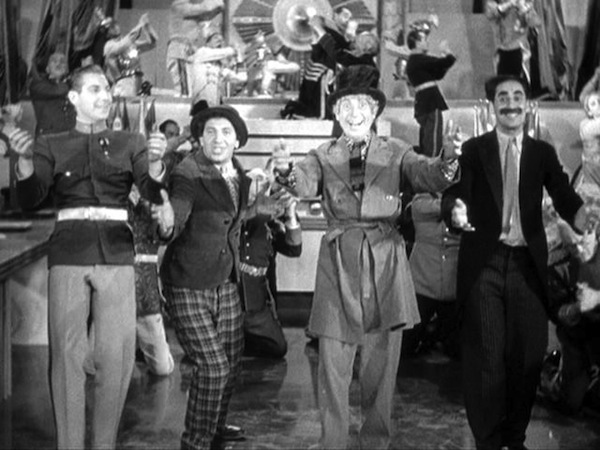 The kind of farce that only the Marx Brothers could have mustered, Duck Soup launches of a war of words and vaudevillian buffoonery before starting a real one between bankrupt Freedonia and conniving neighbor state Sylvania. Groucho leads as Freedonian despot Rufus T. Firefly, who's too busy playing the court jester to bother with anything that resembles good governing. Despite Groucho's own admission that the film was intended to evoke laughter instead of discourse, Duck Soup has garnered increasing respect for its take on fascism in WWII-era Europe, the feather in its cap being an outright ban from viewing in Mussolini's Italy.

Cynical Soundbite:  "I wanted to get a writ of habeas corpus but I should have gotten a-rid of you instead." 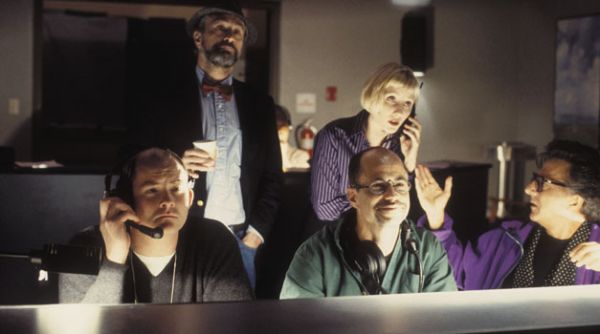 This pitch-black satire scores points for its astounding prescience, telling the tale of a political propaganda expert who starts a phoney war with Albania to distract the public from a presidential sex scandal. Its release in late 1997 was barely a month prior to Bill Clinton ordering bombings on terrorist bases in Afghanistan, which came just three days after Clinton confessed that he was the one who had dealt that which had been spelt on an item in Monica Lewinsky's wardrobe. Irony aside, Wag the Dog features Robert De Niro and Dustin Hoffman in top form, each playing one half of the increasingly incestuous relationship shared by the government and Hollywood.

Cynical Soundbite: "The war of the future is nuclear terrorism. It is and it will be against a small group of dissidents who, unbeknownst, perhaps, to their own governments, have blah blah blah. And to go to that war, you've got to be prepared. You have to be alert, and the public has to be alert."

A "prince and pauper" story that trades the street urchin for a forgetful tramp, and royalty for a snivelling tyrant, Charlie Chaplin's first talkie is considered a standout even in a career as illustrious as his. With the duel role as both an amnesiac Jewish barber and the gibberish spouting dictator Hynkel, Chaplin's thinly veiled mockery of life in Nazi Germany starts off like your typical silent-era slapstick, but quickly ramps up to be an audacious condemnation of fascist Europe, much of which was written before the outbreak of World War II. As if more aware than most of the future horrors the Nazi party would unleash upon the world, Chaplin ends the film using the advent of talking pictures to its fullest potential, delivering one of the greatest and most moving speeches ever recorded on film.

Cynical Soundbite: Just watch the speech. It'll pretty much wipe out whatever cynicism you're feeling. 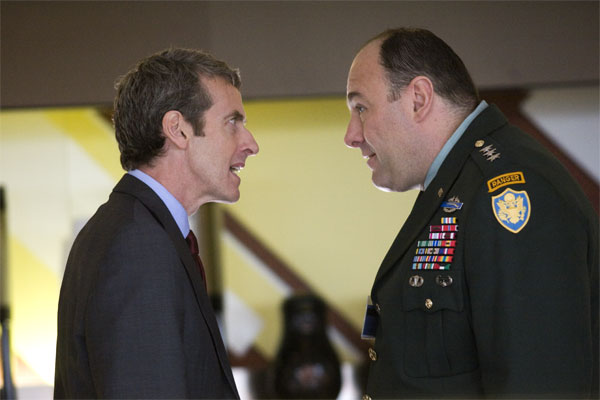 Certainly among the foulest comedies of the last decade, and perhaps the best full stop, In the Loop is a head-spinner of rapid-fire threats and miscommunication between British and American officials, in which a decision to go to war is as much about what isn't said as what is. For as furiously as the characters will throw out political acronyms and intricate insults, simple human stupidity, greed and vanity are the real forces driving a political machine that keeps those ostensibly running it either a few steps behind, or in danger of being chewed up underfoot should they get in the way. With a ferociously funny script that recalls Oscar Wilde after a bachelor party with the guys from South Park, never has the quagmire of modern politics been so dense, yet relatable at the same time. 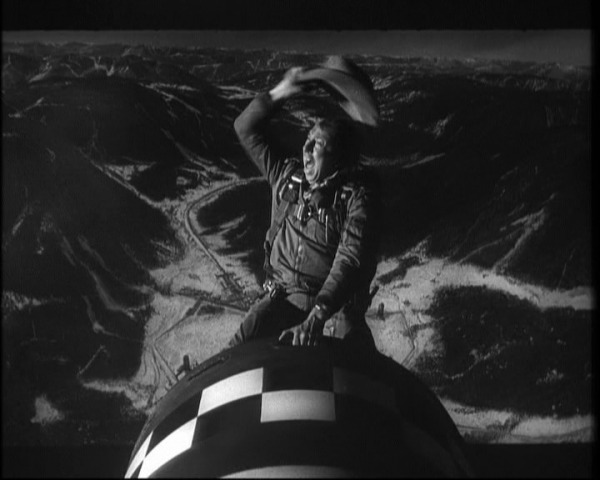 1) Doctor Strangelove or: How I Learned to Stop Worrying and Love the Bomb

When the subject you're making light of is the very real possibility that humanity will destroy all life on earth using nuclear weapons, is there even such a thing as being too soon? Perhaps that's why Doctor Strangelove persists as one of the greatest comedies of all time, because it had the cajones to poke fun at the arms race barely a year after Kennedy and Kruschev nearly blew everyone up over some missile parking spots in Cuba.

With the film's superpowers run by guys named President Merkin Muffley and Premier Dimitri Kisov, and Slim Pickens starting armageddon with a bit of atomic rodeo, Doctor Strangelove can be Looney Tunes levels of zany. Underneath that, though, is the creeping fear that such a farcical end to the world doesn't seem all that crazy. It's equal parts cathartic and terrifying. While everyone else was holding their breath, watching the clock tick down to midnight, Stanley Kubrick and company decided to let out a big, noisy fart. If you're going to die anyway, might as well do it with a smile on your face.

Cynical Soundbite: "Mr. President, I'm not saying we wouldn't get our hair mussed. But I do say no more than 10 to 20 million killed tops. Uh, depending on the breaks."