Great games are released monthly and occasionally, our picky little eyes miss it and someone else’s will spot it. In this week’s top list, Xbox Team members Nate Butch, Tristan Wong, and myself discuss our top 3 most underrated games on the Xbox 360.

Deadly Premonition is the butt of all jokes and for good reason; it has many bad things about it. But a lot of those “bad things” are incredibly charming in their own way. The combat is straight up abysmal, but apart from that, I can’t think of anything that made me furious, it all had a unique charm unmatched by any game I’ve played. The story is very “Twin Peaks” but along the way, it takes quite a bit of twists and turns. I will proudly say I enjoyed the story of Deadly Premonition. It’s a silly, silly story though at times it’ll blend just enough seriousness into it to make you actually care about what happens to the characters. And at the end of the game, I couldn’t help but think I had just witnessed one of the strongest endings of a game, story-wise, this year.

The music. The music in Deadly Premonition is probably the most known thing about it. It’s a collage of random whistles, bells, and claps that combine to make my ears very happy. I’ve never went out of my way to dig through the internet and find a games soundtrack (the soundtrack was never released on CD, iTunes, etc.) like I did with Deadly Premonition. And every time I hear the “Life Is Beautiful” whistle song, I realize it was worth it.

2.  Call of Juarez: Bound in Blood

Call of Juarez: Bound in Blood released last year was possibly the most underrated game of all time, that and number one my list. It’s a narrative-filled first-person shooter wild western game. I was a moderate fan of the first, but Bound in Blood blew me away. Its strong, emotional story kept me engaged in every cutscene while the smooth, free-flow combat remained satisfying yet very fun throughout. The beautiful environments just add on further to the brilliancy of the singleplayer.

There were tons of people that complained quite a bit about the cover mechanic and I understand their argument but I never ran into the same issues, my main problem was the few times I ran into some visual hitches. Call of Juarez: Bound in Blood is the definition of an improved sequel in every way. 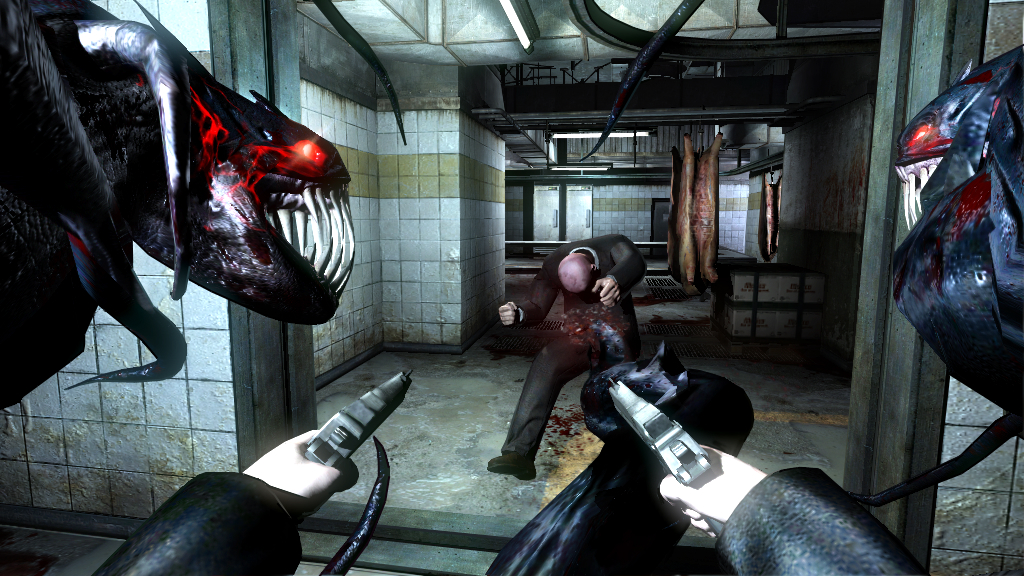 The Darkness was released on June 25th to high praise from critics for its bloody combat and very gritty yet intriguing story. All of this was well deserved but after around two weeks, it felt like the game was all but forgotten. It won no Game of the Year awards whatsoever and from most people it didn’t even get nominated. Though I think this is a huge slight against the game as it was one of the most intense action games to be released in 2007 and games three years later still steal certain themes from it.

The Darkness’ combat featured viper-like things that would appear from your shoulders and then rip into other enemies’ spines. It’s an odd idea but it’s all incorporated really well with the smooth gunplay and makes for a solid action experience. The story did at times venture into the crazy zone but I never didn’t welcome that. The crazier the better in The Darkness. And in the end, it all wraps up to a nice tight little conclusion. It is always great when a game supplies you with an ending that feels like an actual “ending.”

It isn’t really fair to call this game under-rated, but considering the pathetic sales at first compared to other shooters out on the market… wow, I don’t honestly know what to think about when I see such games suffer at the hands of “Halo,” or “Call of Duty”. I mean, I remember a time when Unreal Tournament 3 used to be considered the bomb back in ’99. When you first got your hands on that sweet nectar of a shooter… I swear, you probably popped your first cherry and went buck wild on that mare when she appeared in your ranch. Don’t lie, because I did… well, went buck wild that is—the whole cherry popping thing still hasn’t happened… sad-face.

Sorry, back to the point; this game is fast and tense and my god it’s fun to play. I’m not sure where Epic Games went wrong in hind-sight. The shooting was absolutely satisfying… the report of each gun just sounds spot on. There were a ton of different guns to shoot and again, the report of each sounded fantastic. The fast-paced, deliberate steroid approach to everything in the game just makes modes like Team Deathmatch… Capture the Flag… Domination, etc. just pop out at you in mid-game, something many games just can’t do as well as Epic games and UT. It looked great compared to Halo of Call of duty… it had a great multiplayer setup, still does… it does everything that a total A-rated first-person shooter does, and does it much better than any games I can imagine. So now that I think about it… why the hell did no one buy it? (barely anyone bought it and played it).

It isn’t fair to say that this game is under-rated either… but from what I’ve seen, people have past this game up for reasons I cannot fathom and really—oh my god, the damn penguins back! OW! IT BIT ME! Oh sorry… I’ll be serious. So I reviewed this game earlier this year, and gave it a respectable seven; it was fun to play and I still play on occasions when I really want to. The game is dead simple, but the action looks great and there are still some great strategic abilities at your disposal that make the game feel fresher than what is left on the 360 nowadays for strategy games (Command and Conquer 3 felt too simple and Halo Wars wasn’t top of the line).

Maps are big for really neat strategic manoeuvres… check, you have a lot of different units to play with—gunships and bombers, tanks and artillery, and massive robots that make you blow bricks out your ass… check. Different races intertwined in a quirky story of redemption, each race with its own unique set of units and tech trees… check. Complexity lacking and originality is questionable, but behold this game is much bigger than any strategy game to date—apart from what its predecessor was packing, this game is still fun and I’m surprised people didn’t pick up on it. I looked online and there just isn’t that many people playing. Come on guys, give this game a chance… it may not be great, but it’s still fun for newcomers!

Alright, this game isn’t for everyone… I give you that, but guess what, it’s still fun and yet no one picked up on it—even military jockeys out there, they fled to Armed Assault, pansies! I’ll tell you one thing, this game is much more accessible and much easier than ARMA II ever was, and it was damn fun being able to command troops from the first person perspective. I mean, maps are giant… I mean big… I mean very big… Jesus, this game isn’t nice when it comes to describing how big it is, I mean it’s huge; so what makes it so different from ARMA II? It looks just as fabulous, it has lots-o-vehicles that come out of the demon hole… it has tons of weapons that are fun to fire and easy to get hitched to, you command a small squad of AI (unlike ARMA to a degree), and you have tons of missions to hitch yourself to via singleplayer story or skirmishes… so what the hell is it missing?

The multiplayer is fun and you still retain your squad (ala, Brothers in Arms), snipers can’t rule maps, voice chat still intact… it’s still very slow, it’s still very tactical heavy, it’s still everything that ARMA ever was, just ten times more easier. So let me ask you one thing, why did no one who wanted to get into ARMA take this game up on the shelves? I mean, look at it… this was the beginning of ARMA, Operation Flashpoint started the one shot kill style of gaming… this is a military bevies dream when it comes to large scale assaults and military style tactical control with military vehicles and military grade rifles… and yet no one decided to pick up on the game. Y’all make me sad… sad, sad, sad… saddy, saddy sad.

This game is undeniably average. It received average reviews, and really didn’t sell that much. It has its structural problems both technically and story based, but I couldn’t help but remember this one. In short, a government conspiracy covers up a long time alien secret, but Blacksite wouldn’t be a game if that secret wasn’t accidentally let out. What makes this game worthwhile is its ties to current events (the game starts out in the Middle East), and does a good job of simulating the events that would probably happen should a war involving aliens ever occur on Earth. Although its lack of polish kept it out of the limelight, there are a series of bosses, environments, and storyline twists that make it stand out from the crowd. Imagine a modern-day popular artist wrote a fantastic song, but it was recorded onto a personal tape deck. That’s Blacksite: Area 51.

The beginning of this game speaks for its entirety. If you’ve never been abducted by aliens, you’ll think you have after five minutes with Prey. Your heart is racing out of your chest when your quiet night in a bar turns into a shredded rooftop with a side of gravity lift. You’re soon inside an alien spacecraft where humans are being transported throughout the ship and being slaughtered. If you think it sounds gruesome, wait until you see it. It’s a fantastic puzzle-based space shooter (imagine throwing Portal, Halo, and Turok in a blender) but unfortunately it slipped under the radar for a lot of people. The good news is you can buy it for less than the price of a rental. I picked up my copy for four dollars at a Gamestop. Even if you don’t plan on beating the game, the first fifteen minutes will make it worthwhile. 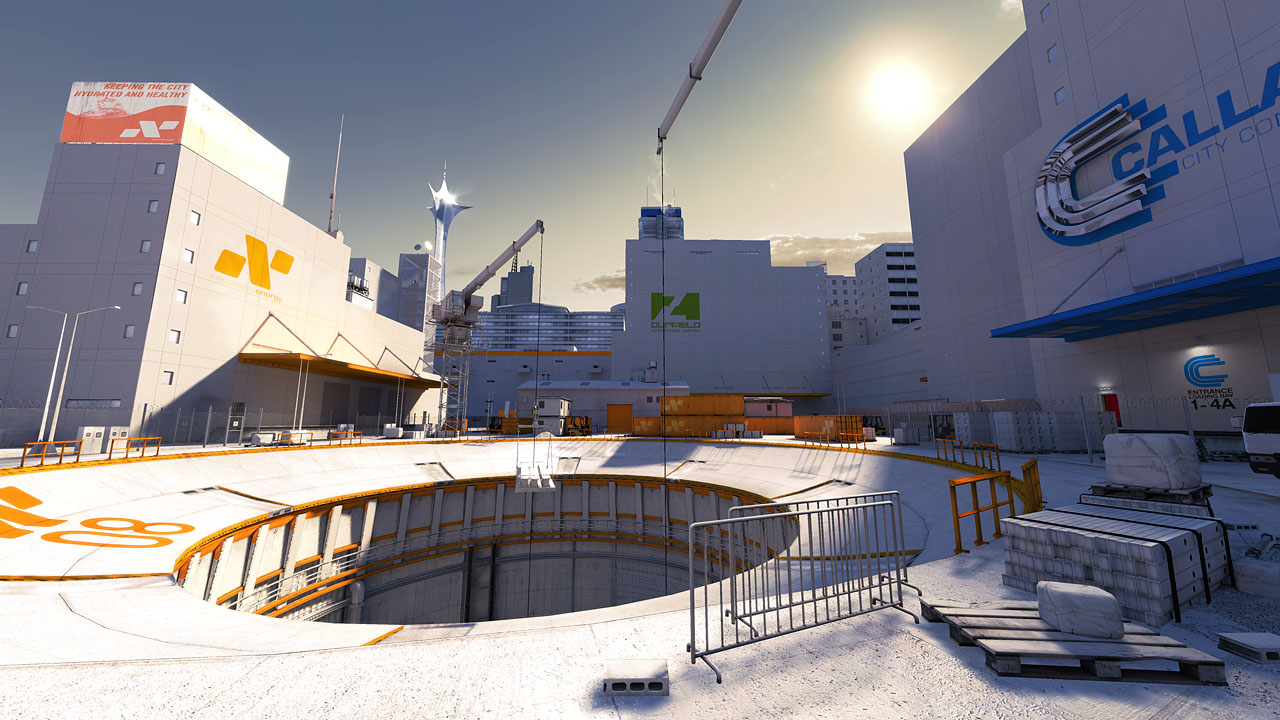 Gaming’s my drug. I game to escape from the stresses of the real world, as well as experience the freedom I might not otherwise experience inside the walls of my basement.  Mirror’s Edge put the most freedom I’ve ever experienced in my hands. With a first person view, perfect controls, and the freedom to move without stagger from one building to the next makes you really feel like you’re jumping between skyscrapers. You’re one with the city, and you use it and all of its structure to navigate from place to place. I’m normally a major-title player, but Mirror’s Edge is the one game that I absolutely loved even though the rest of the world might not have even heard of it. In short, this is unlike anything you’ve ever played and it’s worth the ten dollars or less to try it.