In video games, an introduction can make or break your experience. This brief exposure to the characters and setting can mean the difference between giving the game a fair chance or turning the console off and walking away.

The beginning of Condemned isn’t perfect; there are a few too many cut-scenes which break up the pacing and your supporting cast is too eager to break immersion by over-explaining the game’s mechanics to you. What it nails, though, is the sound. I can safely say that I’ve never chased a serial killer through an abandoned building infested with homicidal bums, but I’m pretty sure it can’t be much creepier than what Condemned presents in its opening level. The footsteps of unseen pursuers are always nearby, pipe-wielding junkies lurk in every shadow and the level ends with you, in first-person view, being hurled face-first out of a window and onto a car. Condemend’s opening establishes and reinforces a central idea of the game - you are vulnerable. This is a sensation that few game’s, even survival horror games, can pull off correctly. 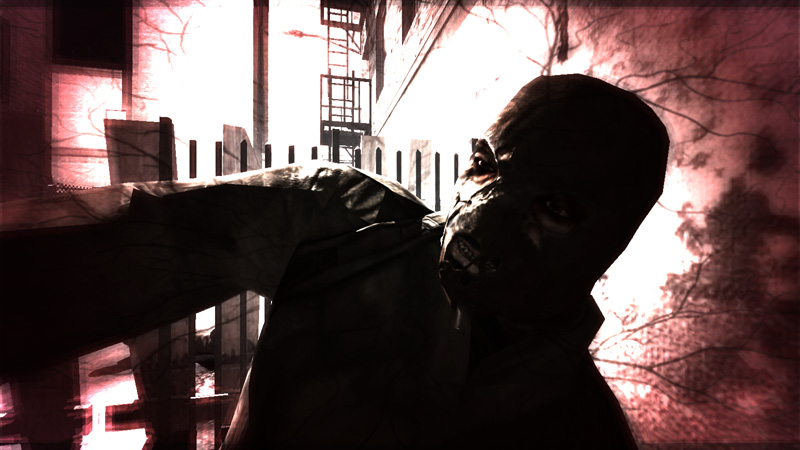 The fact that Mass Effect 2 opens with a space ship being blown up shouldn’t be a big deal; space ships get blown up all the time in science-fiction, but you have no connection to them. They’re just bits of CG meant to ignite the moment the plot decides the stakes need to be upped. Mass Effect 2 is different, though, at least for those of us who imported a character from the first game. If you did, then you’ve spent countless hours running around the Normandy and, as Commander Shepard, came to own it. This wasn’t a ship, it was your ship, the one that took you to unexplored worlds, let you romance exotic alien woman, held all your stuff and had one really annoying elevator ride. The sequel starts by taking that environment and turning it into space debris. “Hey player, remember that room where you started your romance with Liara? Well, now it’s on fire!” This is raw stuff, and capitalizes on the connections the player made in the first game.

The first few minutes of a game bear a lot of responsibility. They have to introduce you to the virtual world you’ll be spending hours in as well as familiarize you with the gameplay mechanics you’ll be using to interact with that world. Some games focus too much on one or the other at the start, but Fallout 3 manages to combine the two by letting your character actually be born into the game’s post-apocalyptic world. You’re first few seconds are spent adjusting your eyes to the bright lights of the operating room, while your father determines your character’s gender and name. You’ll learn the camera and movement controls while taking your baby steps, learn the basics of combat on a birthday-trip to a shooting range and choose your character’s skills based on the results of a high school test. Considering that the Fallout franchise had been dormant for the better part of a decade, this was a clever way to introduce (or re-introduce) players to the series’ particular brand of nuclear apocalypse. Spending a virtual childhood in the safe, underground society of Vault 101 makes your emergence into the war-torn wasteland of D.C. all the more haunting.

When Left 4 Dead was released it was something we had only dreamed of, cooperatively zombie killing in varied locales. Left 4 Dead was something new and different and the introduction establishes the humor and dread combination right off the bat.  Players instantly knew the characters and more importantly, knew which character they wanted to be.

The world of rapture is all to familiar to us now, but not so long ago it was a foreign and frightful place. The opening of Bioshock introduces us to the character Jack and is one of the few openings in which you participate by saving yourself from the plane wreckage. The ability to focus in on details instead of having a forced perspective really makes this introduction different for everyone. Bioshock establishes quickly that perspective is everything in Bioshock.

The intro for Borderlands establishes a firm tone for the entire game.  The video is not particularly flashy but it does make it clear that this game is about kicking ass and little else and that’s fine with me. If only the total package was infused with the tongue in cheek humor that is present in the games initial 30 minutes, then Borderlands would have been a serious contender for game of the year. All in all Borderlands has a great intro and a is a addictingly fun game.

Batman: Arkham Asyum’s intro was something that was fairly subtle yet showed off many of the positive things that you would find so prevalent later on in the game. It at first shows you the quite scary, bat-shit insane Joker in the back of Batman’s car, on their way to Arkham. This particular cinematic doesn’t just show how strong the main two characters (Joker and Batman) are, it shows how large and mysterious the asylum itself actually is by having one certain shot that peers up at the asylum.

The opening level done a fantastic job in introducing you to the strongest weapon in Batman Arkham Asylum’s arsenal, the combat. The feeling you get after chaining up all those combo attacks and having them all actually look incredible is something you can’t find in any other action game. The way Arkham Asylum’s intro slowly walked you into the greatness that was the game is truly remarkable.

2. Enslaved Odyssey to the West -

Enslaved introduces you to your main character withing seconds of booting the story up. You see Monkey (who at the time is just a large muscled up man with no name) bursting out of a slave ship’s container. He catches a glimpse of a fairly pretty lady who has just done the same thing he has, and the chase is on.

On this chase, you encounter some crazy set-piece explosions, fun platforming, and Uncharted-esque visuals. That most enjoyable thing about Enslaved’s intro is how it begins the develop of two of the best characters in a video game this year. Monkey and Trip (Trip is the female you were chasing) have a love-hate relationship throughout the game and their first interactions with one another were fairly hilarious, yet intriguing enough to keep my hands glued to the controller throughout the next few levels.

Unlike, Batman’s intro, Bioshock was almost all story focused. There was combat but the most breathtaking moments were the story. The setup for everything in Bioshock is done so well and the simplicity of the plane crash and some of the things that happened before it are so intrigued and shockingly helped build up your main character. 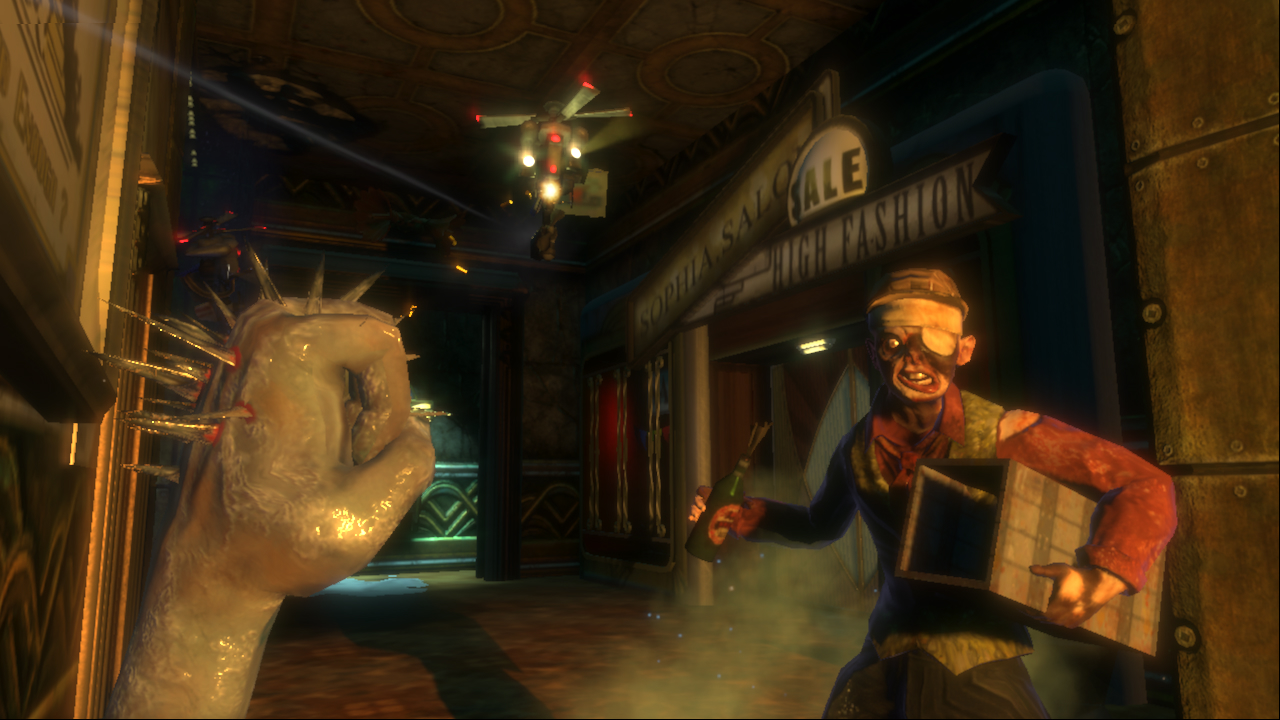 Your character holds up a photo, indicating some sort of attachment to the people in the photo, and that’s the main thing you have to go on involving that character throughout the entire game. Some could find that annoying but I found it as a motivating factor in helping me get further in the game because I was hoping and praying it would give me just a bit more insight into this mysterious man’s life once I finished the game. Also, the introduction to the city of Rapture was kind of incredible.