By: | Comic Features - Movie Features | November 21, 2013
Comic book movies have dominated Hollywood for what seems like forever.  While Marvel and DC keep churning out superhero films, with an overwhelmingly extensive list of upcoming titles in the next two years, I’d like to reflect back on my favorite movies that began as comic books.  This is not an article about the best adaptations—as in, most justice done to the source material, or even best translation of the comic book medium into cinema.  No, I’m interested in the best overall films as films alone that just so happened to be inspired by or based on a comic book, and I think my number one will surprise you.   5. Mystery Men 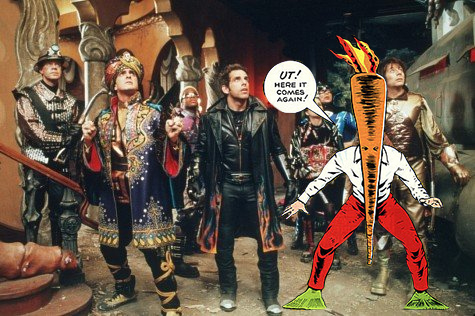 Perhaps one of the most original and hilarious takes on the world of superheroes and super villains, Mystery Men is about a team of second hand superheroes who have to step in when Captain Amazing, the obvious first choice, goes missing.  I’m mystified that Mystery Men wasn’t popular enough for a sequel despite having an ending that paved the way for one.  The humor in the film stems from a general true-to-life reality: there’s a degree of absurdity involved in dressing up in a costume and fighting crime.  The fill-ins, or the Mystery Men as they come to be called, don’t get very much respect.  Meanwhile, Captain Amazing wears a suit clad with advertisements and sponsors—he’s commercial and mainstream, and a convincing portrayal of what an actual modern American superhero might become if the country were to embrace his civic contributions.  Mystery Men is a far better film than it’s given credit for, and although it landed at #5, I knew it absolutely had to make my list.   4. Sin City 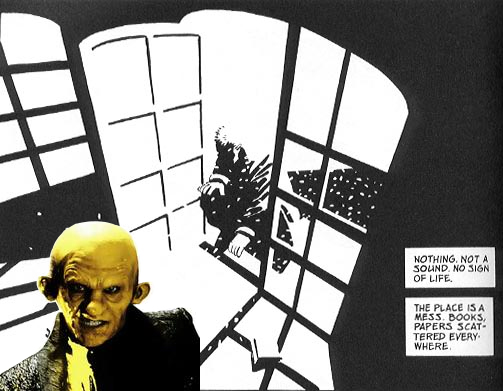 I feel that I have to admit I’m not such a huge fan of Frank Miller.  While I enjoyed Dark Knight Returns, my enjoyment of his work ends there.  I don’t even particularly enjoy Sin City the comic.  As a film, however, it was excellently directed, acted in, and visually striking.  Not only that, but the way Robert Rodriguez managed to string four separate stories together in one linear film is itself an accomplishment.  Rodriguez is a virtuoso when it comes to directing action films, and it’s no surprise that he convinced a previously immovable Miller to allow him to adapt one of his nearest and dearest works.  Sin City made my list because Rodriguez managed to turn a comic that wouldn’t otherwise have caught my attention into a film I absolutely love.  Heck, considering the whole thing was shot in front of a green screen, I think the actors and production team deserve some credit.   3. Blade 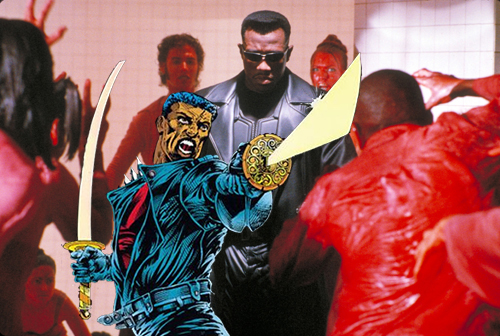 Moving into the top three, these aren’t only some of the best films based on comics, but some of the best all around films that I’ve seen.  I’ve watched Blade again and again since the day it came out.  It’s the best treatment of vampires that I, personally, have ever seen.  When Blade’s mother was pregnant with him, a vampire bit her.  In utero, he was blessed—or cursed—with all the strengths of vampires, and none of their weaknesses.  Now, he hunts them for a living in a world ruled by his bloodthirsty enemies.  He may be one man, but he’s a nightmare among his prey.  He is the day walker, one of Marvel’s greatest heroes, and he deserves more than just two mediocre sequels.  In Ultimate Comics: Avengers, he’s recruited by Nick Fury to battle Captain America, who was turned into a vampire.  Hollywood, take a hint: that needs to be a movie.   2. The Dark Knight

Isn’t there at least one of these movies on everyone’s list?  Probably, and they deserve to be there.  The Joker is the greatest villain in the history of comics, and never before has he appeared so bone-chillingly real.  No one since Hitchcock can do suspense like Chris Nolan can, and every moment of that two and half hour powerhouse is a nail-biter.  By now, almost everybody has seen it.  Whether or not you like Bale’s hoarse cackle of a voice, it has got to be a pretty damn good movie for that to be the largest known criticism.  I thought it the best of the trilogy.  Ledger’s performance might have been the best of his unfortunately short career—really though, what can I say that hasn’t been said before?  At this point, I’m just being redundant.   1. A History of Violence 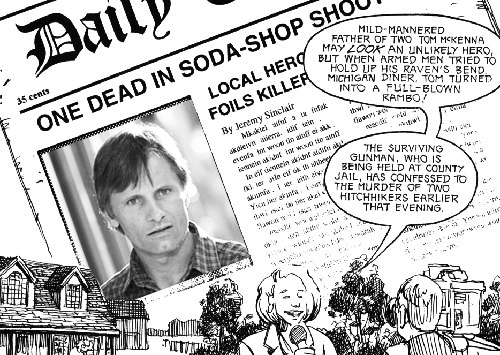 Surprised!? I know I was when I discovered the film was first a comic book.  It’s a story that I wish I had thought of—we’re dropped in the middle of small town U.S.A., where a man and woman with a teenage son run a diner for a living.  When the man, Tom Stall (Tom McKenna in the comics), stops two vicious criminals from robbing his diner, killing one in the process, he makes national headlines.  From then on, it’s gradually discovered that Tom may not be who he says he is, and that he might, just maybe, have a history of violence.  About the plot, I’ll say no more; I may have already said too much.  David Cronenberg directs a masterful story and makes it a masterful film.  It’s a movie that could make any top ten list, whether about comic books or not.  Just go see it—if you already have, watch it again. I think I might go watch it right now.   Unfortunately, I couldn't include all of my favorites—yes, I have more than five.  Here are a few that, I believe, deserve honorable mention: X-Men, X2, Sam Raimi's Spiderman and Spiderman 2, Men in Black, Batman Begins, The Dark Knight Rises, Kick Ass, The Mask.     What do you think? Do you agree? My guess is that you don't. Tell us your top five in the comments below!