Top Cow Productions, Inc. proudly announced today that the publisher will be releasing six new #1 issues in the upcoming Top Cow First Look Volume 1 trade paperback.  Scheduled to be in stores October 6, 2010, the Top Cow First Look is a new publishing initiative that will allow readers to sample new titles from six dramatically different creative teams in a single collection at a reasonable price point.

For readers new to Top Cow, the Top Cow First Look trade will provide an exclusive “first look” at the publisher’s latest creation in the crime noir, suspense, urban action, space horror, supernatural mystery and revenge genres.  The follow titles are collected in the first volume:

One of the winners of the 2008 Top Cow Pilot Season, Marc Bernardin, Adam Freeman and Afua Richardson present the first issue in their upcoming miniseries, Genius centers on the story of a young African-American military genius taking over Los Angeles’ gangs.

Written by Christos Gage (Avengers Academy) with by the art team of Jorge Lucas (The Darkness) and Felix Serrano, Sunset tells the tale of an old Vegas enforcer on a quest for revenge in his twilight years.

Written by John Mahoney and Top Cow publisher Filip Sablik with art by Thomas Nachlik present you a supernatural noir adventure about a small time criminal who discovers he cannot die with Last Mortal. 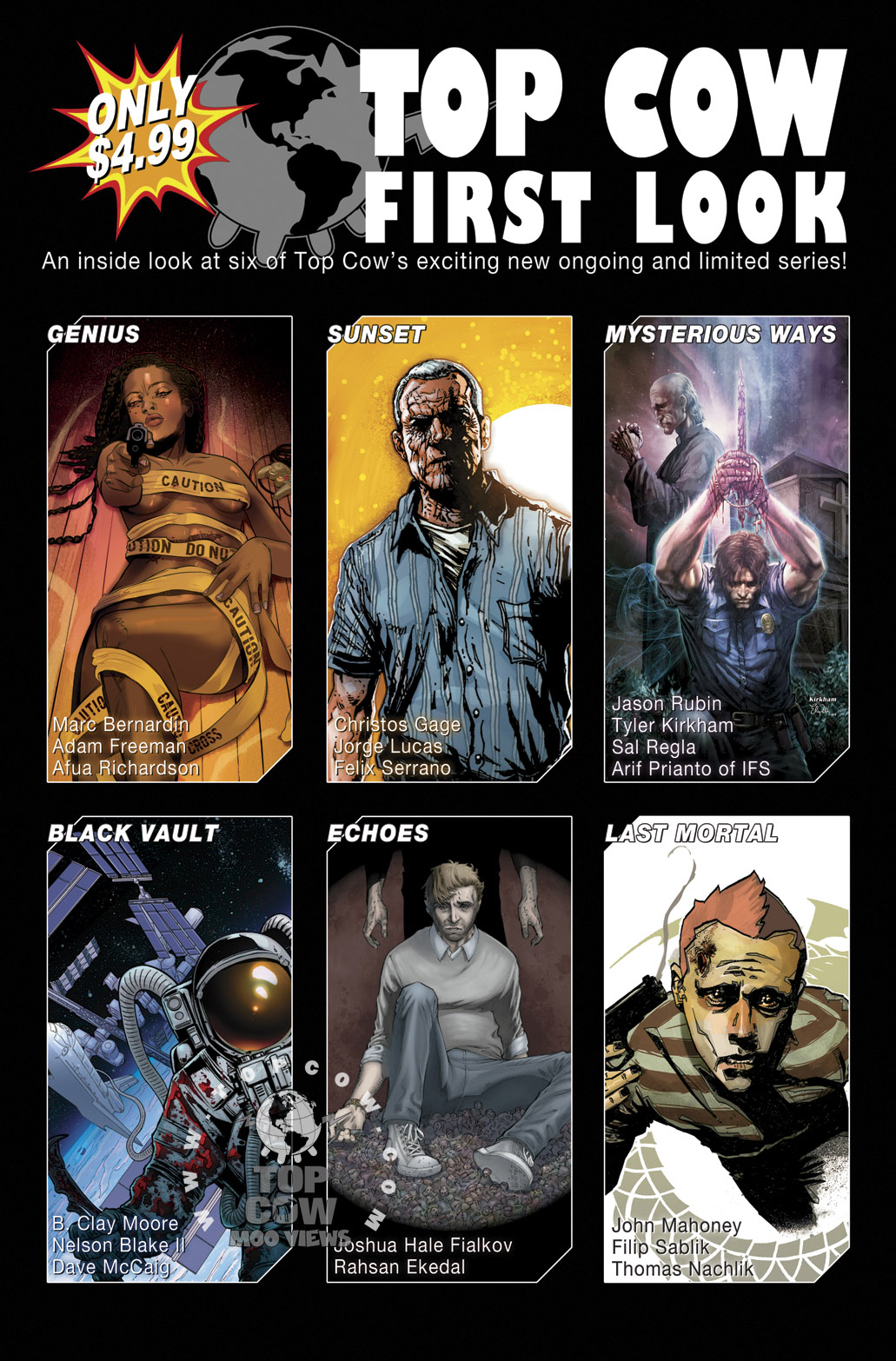