By: Justin Moody | Comic News | August 27, 2010
The November releases keep coming in! This time we're coming at you with Top Cow Comics releases. Top Cow is the home of such comics as the Darkness, Witchblade, Artifacts (The big Top Cow event going on right now), Velocity and several others that you can find the reviews for on our site. Top Cow is always great about producing mini-series and one-shots to help introduce new readers to their characters. So what do they have "shipping" in November?

Catch up on the Event of the Year!
Discover the series that has everyone buzzing with this introductory priced trade paperback collection released to coincide with the beginning of the second chapter of the yearlong event! Separately, thirteen mystical Artifacts will guide the fate of the Universe. Together, thirteen Artifacts will end the Universe. When a mysterious antagonist kidnaps, Hope, the daughter of Sara Pezzini and Jackie Estacado, Armageddon is put into motion. Starring virtually every character in the Top Cow Universe, this is a series for diehard fans and new readers alike.

Written by Top Cow Universe architect Ron Marz (Witchblade, Magdalena) and featuring art by Michael Broussard (The Darkness), this volume collects Artifacts #1-#4 along with the Free Comic Book Day #0 issue and a beautiful cover gallery, behind-the-scenes extras, and much more! 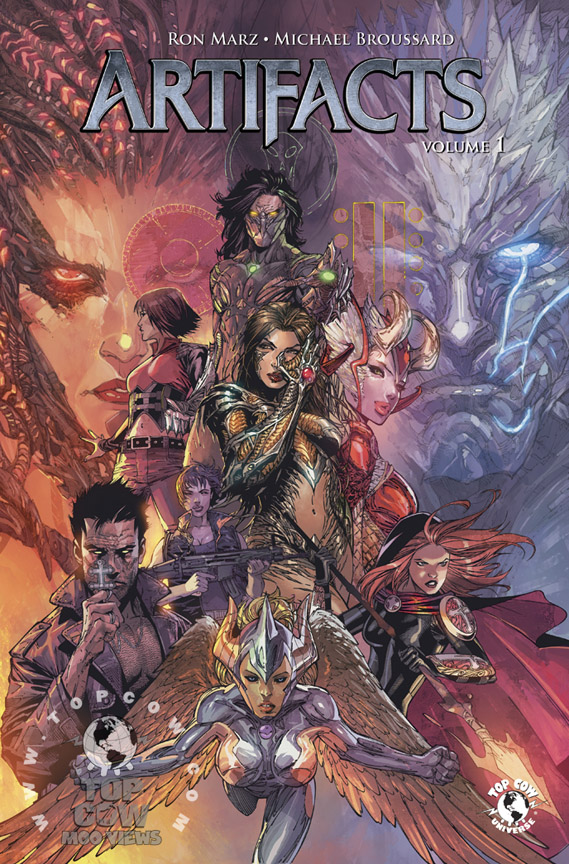 With the threat of the Sovereign finally removed from his life, Jackie believes he can get some well-deserved rest. Beaten and worn down, Jackie simply wants some brief peace. But just as he believes he has a grasp on the true nature of The Darkness, Jackie’s world is opened up to another dimension all together. And with it, the Darkness War begins... 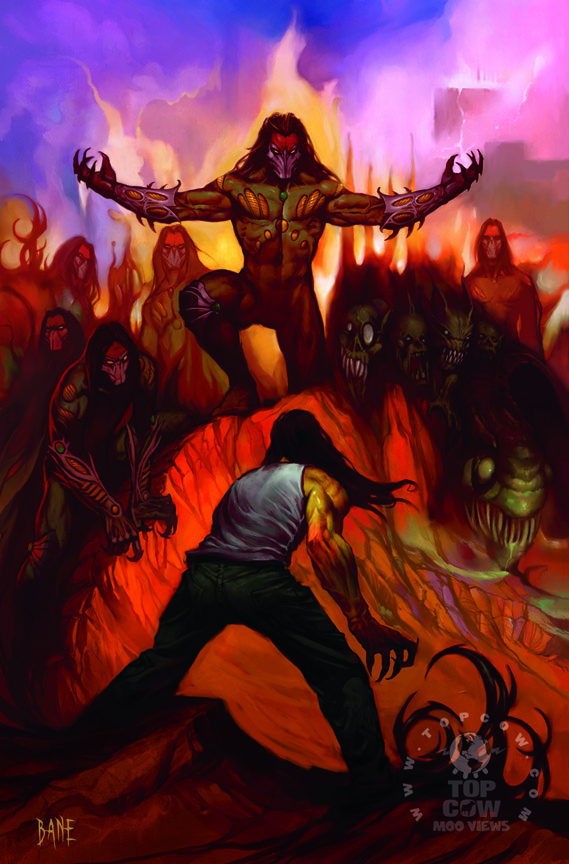 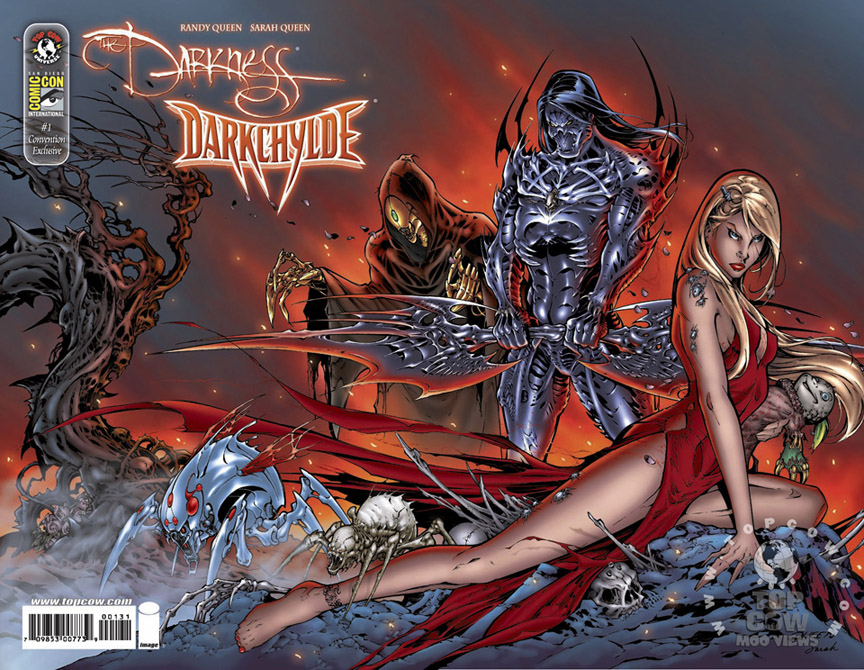 The Darkest Tale of The Darkness Yet!

Apocalypse has come to Ginsberg, CA! Two ominous powers arrive in town, one of ultimate light and the other of deepest darkness, and Jackie Estacado is trapped between them. The Four Horsemen are ascending to their full power. Can Jackie muster the power to prevent the end of the world? 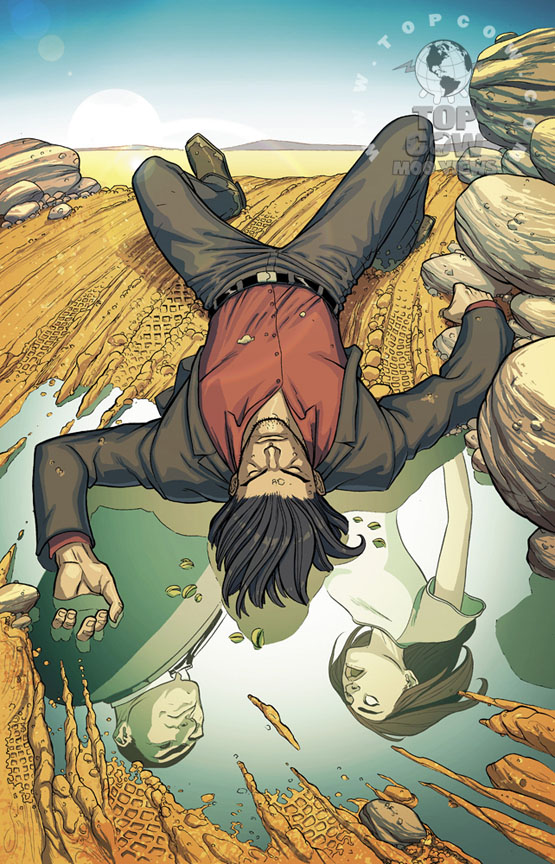 The Penultimate Chapter in Patience’s Return!

When Patience, the latest in a long line of The Magdalena, bearer of the Spear of Destiny, and Kristof, her mentor and Knight of Malta, confront the demonic cult in ancient catacombs they soon find themselves overwhelmed. Patience has been told that Magdalena bearers tend to lead short lives and she is about to find out why first hand. 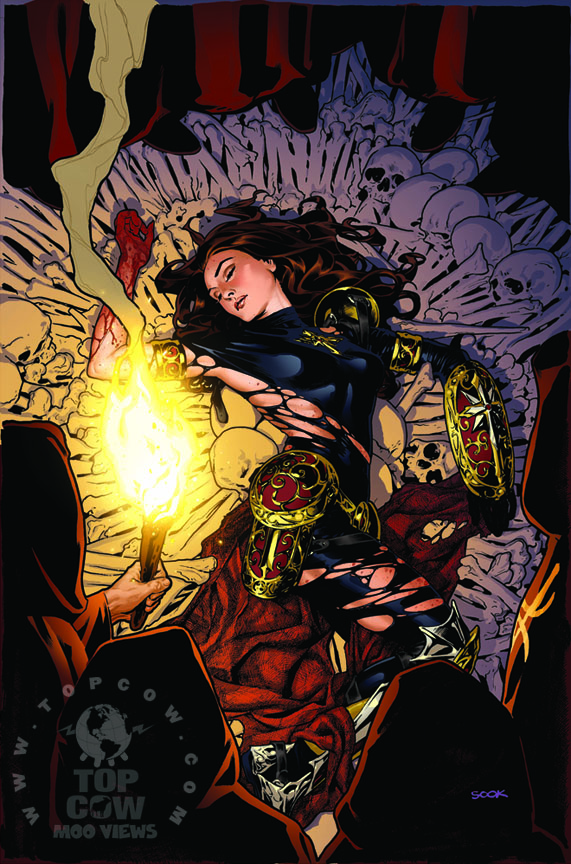 Sara knows that it is always darkest before the dawn, but this time, the combined toll of the “War of the Witchblades,” the death of her sister Julie, the kidnapping of her daughter Hope, and now the relentless onslaught of the God-Queen Tiamat on New York may prove to be too much for even the bearer of the Balance to overcome. 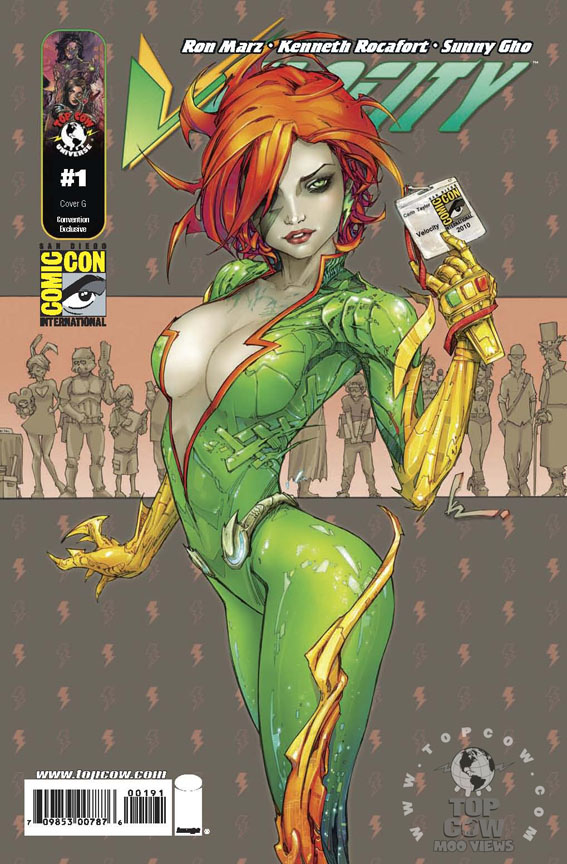 Find Out What Top Cow Has In Store in 2011 and Beyond!

Debuting at Comic-Con International in San Diego, Top Cow releases its first Addendum to the Top Cow Bible. Featuring over 25 new properties and series overviews accompanied by stunning brand new art from artist like Marc Silvestri, Dale Keown, Kenneth Rocafort, Jeffrey Spokes, Erik Jones, Jorge Lucas, and many more. This is a must have for any true Top Cow fan. Find out how “We Create…” 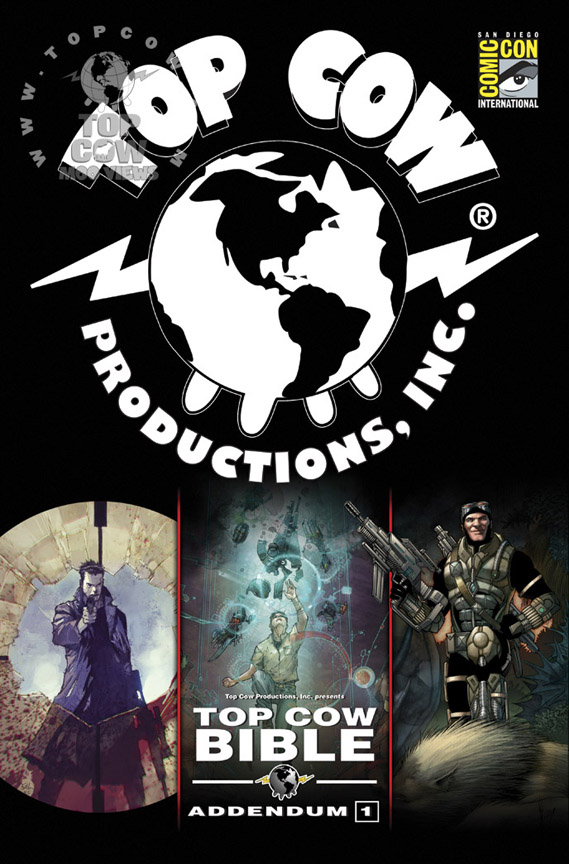 The first property from Heroes and Villains Entertainment collected!

Alex O’Roark, the FBI’s top tracker, has his perfect life ripped to shreds when a case to capture the world’s most dangerous serial killer leads him straight into the maw of a werewolf.  Now, keeping his secret from his gorgeous fiancé and the FBI, he must hunt down the wolf that infected him before the disease turns him into a monster.

“All in all, I was pleasantly surprised with Tracker, and look forward to more.” – Newsarama

“It’s mature and gritty, yet mysterious and supernatural, allowing the reality to lead the fiction into believable circumstances.” - Fangoria

“Lincoln’s writing is concise, and easy to follow, but never oversimplified.” – Geeks of Doom 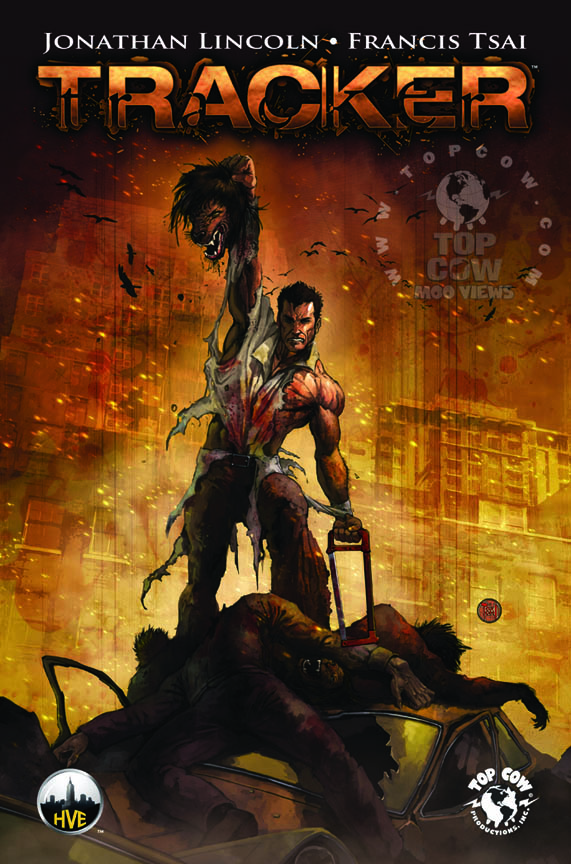 Find out the exciting new series in store from Heroes and Villains Entertainment and Top Cow Productions in 2011 in this exclusive preview book, first offered only at Comic-Con International in San Diego. Included in this preview book are first looks at Epoch,Son of Merlin, and Netherworld. 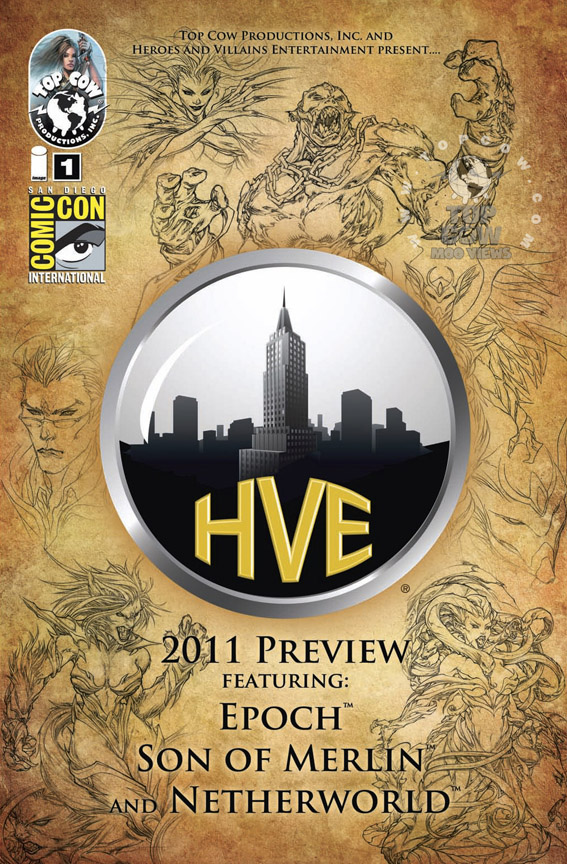 And there you have! Be on the look out for our coverage of these titles and more!