With the Toronto International Film Festival kicking off tomorrow, it's definitely safe to say Oscar season is underway. Over the past few years, Academy favorites such as The King's Speech, The Hurt Locker, Up in the Air, Precious and Slumdog Millionaire have gotten major boosts to their respective Oscar campaigns after playing in Toronto, and a quick glance at this year's lineup shows a number of films that could ride a similar wave of buzz through the winter, all the way to the Kodak theater in February. Here are some of the most likely contenders, as well as some other potential festival highlights:

Though a great deal of this fall's prestige movies have already shown at other festivals (more on that below), there are a number of high-profile films debuting at Toronto this year. Moneyball is Bennett Miller's follow-up to Capote, and follows a baseball general manager (Brad Pitt) as he tries to build a championship team on a budget. 50/50 is the based-on-a-true-story tale of a young man (Joseph Gordon-Levitt) coming to grips with a positive cancer diagnosis.

Fernando Meirelles, of City of God and The Constant Gardener fame, has his latest film, 360, in Toronto, as does The Messenger director Oren Moverman. His film is Rampart, a sprawling cop drama set in 1990s Los Angeles. Comic-Con will be represented in the form of Twixt, Francis Ford Coppola's vampire fantasy film, which was featured this summer during the conference's most bizarre panel. Other buzzworthy world premieres include Marc Forster's Machine Gun Preacher with Gerard Butler, Roland Emmerich's Shakespearian thriller Anonymous, and the Jason Statham/Robert DeNiro/Clive Owen action movie Killer Elite. 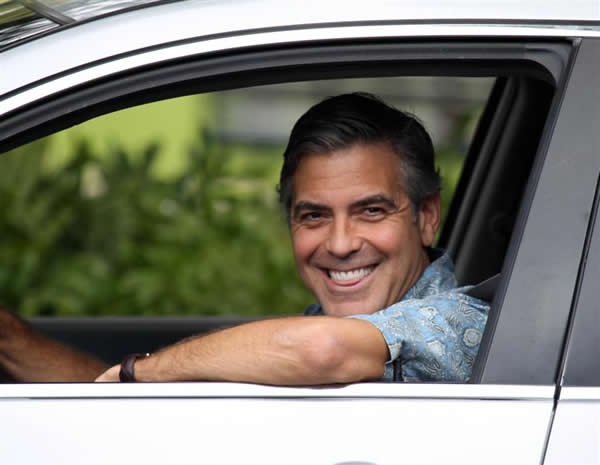 Since last week, a number of big fall films have shown at major film festivals in Venice and Telluride. They include the latest, and highly admired, interpretation of Wuthering Heights (from director Andrea Arnold), and director Steve McQueen's Shame, which stars Michael Fassbender and Carey Mulligan. George Clooney kicked off both festivals in style. The Ides of March opened Venice to generally good reviews, while The Descendants (director Alexander Payne's first film since 2004's Sideways) stole the show in Telluride. The latter should be a major Oscar contender in several categories. David Cronenberg's A Dangerous Method left festival audiences cold, but there's still a great deal of buzz around Keira Knightley's performance in the film. The same could be said about Glenn Close's work in Albert Nobbs, which could finally earn the great actress her first Oscar.

Of course, many of the films playing Toronto have been on our radar for quite some time. Early year festivals such as Sundance and Cannes are our introduction to these films, but Toronto is generally a better indicator of how they'll play to critics, audiences, and Academy members alike.

Potential Best Foreign Film contenders A Separation (Iran), Le Havre (Finland), and The Kid with the Bike (Belgium) will all play Toronto. Gus Van Sant is back behind the camera for the first time since 2008's Milk with Restless, starring Mia Wasikowska. Like Crazy, Take Shelter, and Martha Marcy May Marlene are looking to build on Sundance buzz and capture that precious Winter's Bone vote from the Academy. Tilda Swinton could find herself in the thick of the Best Actress race with her work in We Need to Talk about Kevin, while Nicholas Winding Refn's Drive looks to build strong word-of-mouth for it's commercial run, beginning Sept. 16.

But perhaps the film at the festival that Oscar watchers will have their eye closest on is The Artist, director Michel Hazanavicius's silent film that premiered at Cannes and has been a potential Best Picture frontrunner ever since. If audiences in Toronto fall in love the same way festival-goers have across the world, it'll be in the conversation for the duration of the season.