Unless you’ve been living under some sort of Internet-deprived rock, it should come as no surprise our featured trailer this week is X-Men: First Class from Kick-Ass director (in more ways than one mind you) Matt Vaughn. With a fresh cast, can this prequel live up to its mostly admired roots? Also, for you non-mutant lovers, we have the long-delayed sequel for the fairytale satire Hoodwinked!, now graced with the two in-title puns which result in: Hoodwinked Too! Hood vs. Evil. Horror fans can also get a taste of Darren Lynne Bousman’s 11-11-11, as can those who fancy drama with Oranges and Sunshine starring Hugo Weaving. Same for those who thirst for trashy exploitation with the interesting (to say the least) clip for Howlin’ For You. Must be a full moon, it’s Trailer Tracker.

After milking the original “X-Men” trilogy to its max like a saggy-uttered , X-Men: First Class represents the second offshoot after X-Men Origins: Wolverine intended to explore fresh facets of the universe. This film itself is based upon a Marvel comic book featuring younger versions of the troubled-mutants (including household names such as Mystique and Beast), and chiefly Charles Xavier (aka professor X) and Erik Lehnsherr (aka Magneto) before they donned their respective replacement monikers and most importantly before they became mortal enemies.

Though some of the mutant names may be less than common to the casual comic connoisseur, the actors behind the makeup and costumes are 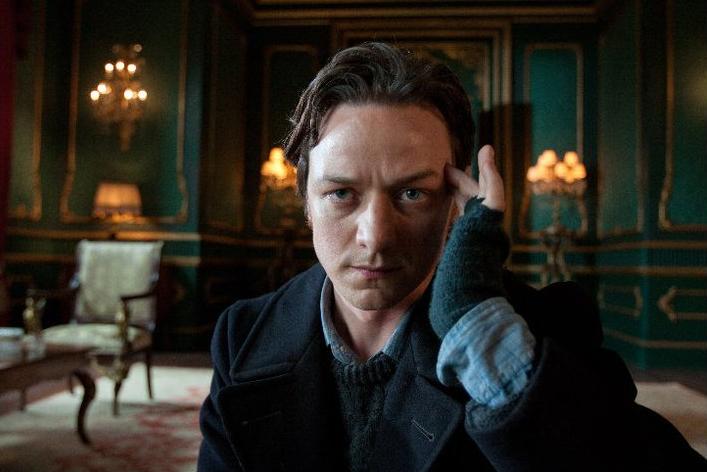 not, and feature any number of rising stars including Jennifer Lawrence, January Jones and Rose Byrne. In the roles of Xavier and Lehnsherr we have two great British actors with James McAvoy and Michael Fassbinder respectively. I must say, McAvoy bears an uncanny resemblance to Patrick Stewart who portrayed the kindly psychic in the original trilogy and Fassbinder has built up more than enough good will with his recent performances to warrant excitement about this entry.

Set amongst the Cuban Missile Crisis in 1962, and the presidency of John F. Kennedy, this entry is meant to be the beginning of a new trilogy for Fox which will explore the rift that eventually forms between the two former friends. It is unclear if “First Class” will yet venture into this conflict, or if it will be delayed to future sequels, but like the earlier seasons of Smallville which featured an amicable Lex Luthor and Clark , knowing of the impending dissolution of harmoniousness is a satisfying display to witness.

Hoodwinked Too! Hood vs. Evil

All the way back in 2005, a little film despite cruder-than-average animation and ho-hum reviews, Hoodwinked! became a neat little hit for The Weinstein Company, especially for second-tier animation. The premise was a spunky little satire of the Red Riding hood fable and though uneven, sported a number of laugh out loud moments and clever in-jokes. Now with “Hood vs. Evil” the trailer seems to indicate an utter abandoning of subtlety, to be replaced with slapstick and fart jokes; not the outcome a fan of the original was hoping for after some six years of build-up.

I feel like they’re trying to tell us something… Using full use of the rare date of November 11, 2011, Saw II, III and IV director Darren Lynn Bousman returns with another original entry about a mysterious and threatening entity that enters through heaven’s 11th gate at the titular time of year. The cast is chock full of no-name stars, but sometimes premise is everything, especially for an ultra-low budget horror flick. This trailer certainly offers some creepy images, and supernatural is hot right now so this could be a tidy little hit if marketed correctly. Bousman has proven himself an able (if not miraculous) horror director, so seeing where he goes outside of a more torture-porn setting has me curious.

About as puffy a title as you’re likely to come by this year, Oranges and Sunshine tells the story of Margaret Humphreys, a social worker from Nottingham who uncovered the childcare scandal of forcibly relocating poor children to Australia and Canada and dedicated her life to reuniting these families and uncovering the scandal. Hugo Weaving and Emma Watson star as the two leads in the this fact-based drama which is directed by Jim Loach (as in the son of acclaimed director Ken Loach) and though this will likely never see a wide release, and though the trailer offers nothing special, the stars and intriguing premise may warrant a look.

Though about a minute-and-a-half too long, the trailer for this Robert Rodriquez-esque exploitation flick does have its moments (if you are so drawn towards this style of movie). Set for an as of yet undisclosed television release, Howlin’ For You (which unsubtly uses the song of the same name from the great band The Black Keys) finds a female assassin caught up in all sorts of gun-slingin’ one-liner-shoutin’ shenanigans. Todd Bridges (who also ironically graces 11-11-11) and Sean Patrick Flanery from “Boondock Saints” fame are amongst the B-list celebs you will find in “Howlin’.” Hey, if you got nothing better to do, might be worth a peak; after all you can always change the channel.