Here’s a quick disclaimer before this review gets under way; I am not a train enthusiast, and a videogame train simulation sounds like my personal idea of hell.  With expectations duly lowered, let’s take a look at Train Frontier Express, which is available on Xbox Live as part of the Indie Games Summer Uprising for 240 Microsoft points.

It’s difficult to call Train Frontier Express a game when it doesn’t really present itself as one. Upon hitting "New Game," you aren’t given any kind of introduction to the game you’re about to play. No instructions, no intro cinematic, no information of any kind to give you a clue about what you’re actually supposed to do – just a big, green, empty map and a nagging feeling that you need to do something train-related. 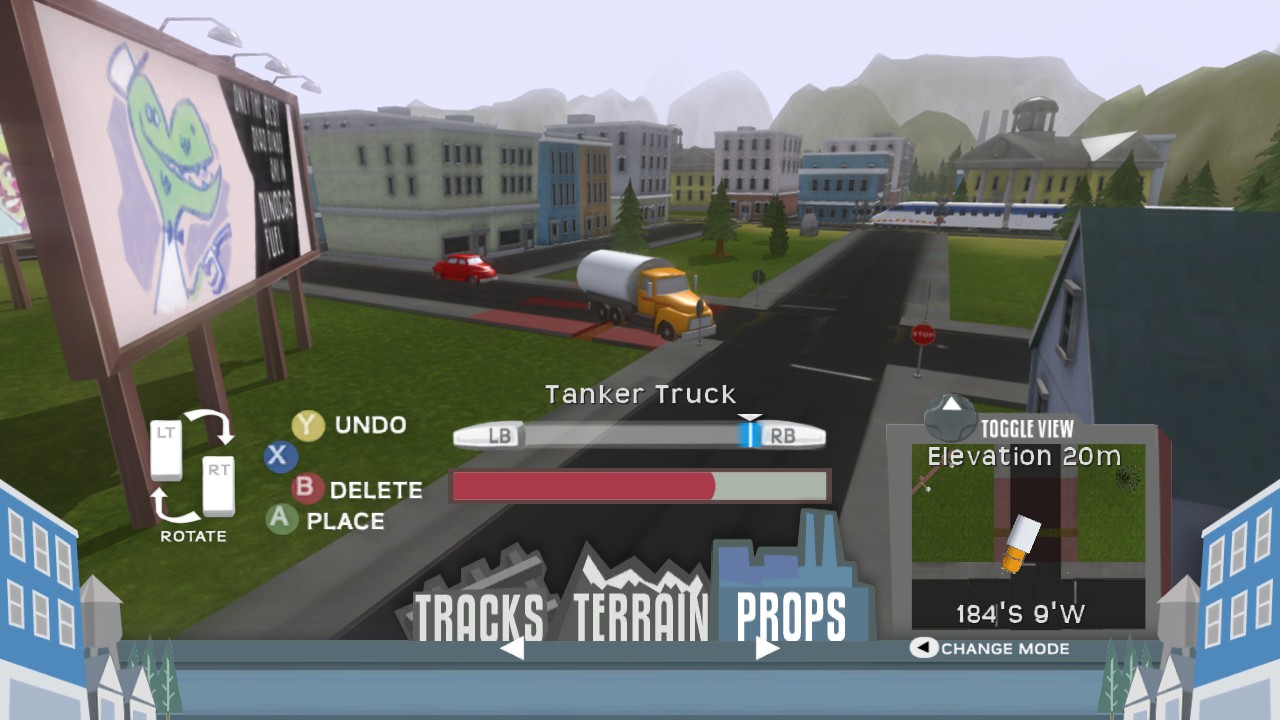 After a bit of fiddling around, I established that there are two modes to the game: "Builder" is where you create a track (and a world) for your train to pass through, and "Conductor" is where you actually drive the aforementioned train. The Builder interface gives you the option of putting down tracks, terrain or a decent selection of props. It also ties in to the only part of Train Frontier Express that seems to give you something to actually do. You earn badges for completing various tasks such as building a sizable town or "creating a vista," and you can also earn badges for driving the trains.

This seems to be the only objective or goal that the game presents you with. Beyond the badges, the aim seems to just be to put down lots of props and then drive around in your train looking at them. That might still be a bit fun if it weren’t for one problem: the controls for world building don’t seem suited to the 360 controller, and I found them clunky and annoying. 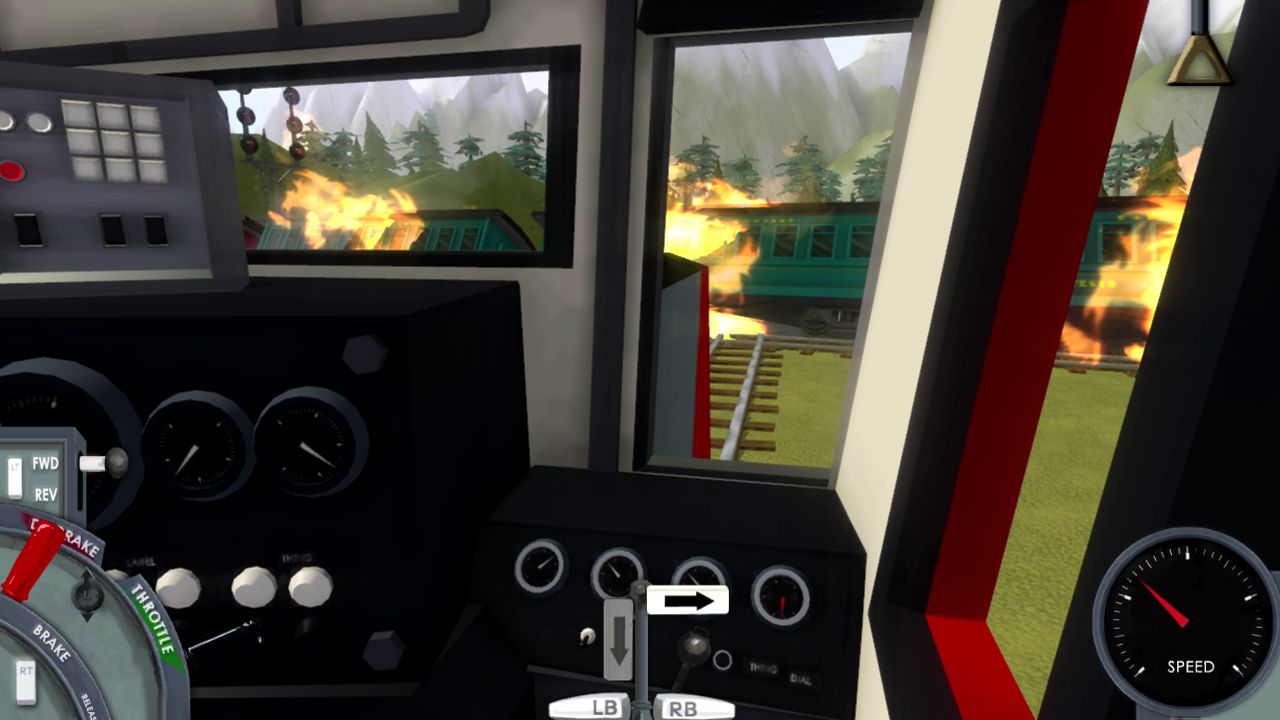 Visually and aurally, Train Frontier Express is fairly average. The graphics are nice and retro-looking, with a pop-art, 1950s feel that is more appealing than attempted realism. The music is almost entirely nondescript, like elevator muzak; it’s there to provide a muted canvas for your world and little else. That said, I did notice a quick blast of some rather apocalyptic-sounding classical music when I deliberately crashed my train (at 100km/h) into a nuclear cooling tower – a spike of oddball humor that I would have liked to see a lot more of.

It’s a relaxing way to pass the time and it's charmingly presented, but the lack of a defined objective other than "make a world for your train to travel around in, and then travel around it" makes Train Frontier Express little more than a digital version of a model train set. If model train sets are your thing, then this game will be on the right track. But if not, you might be better off missing this train.