Since the success of Game of Thrones there have been impersonators trying to chase the proverbial dragon. Some have focused on crown intrigue, others have looked at the fantasy element (looking at you, Amazon, and your purchase of the Lord of the Rings) and the success rate is mixed. In the latest installment of "trying to be the next Game of Thrones," The BBC and Netflix have attempted their own big budget show focusing on Greek mythology. Based on the epic poem The Iliad, the first episode of Troy: Fall of a City follows Trojan citizen and long-lost prince Paris (Louis Hunter) who is told by three Goddesses that he is destined for greatness and each give him an offer. He chooses Aphrodite's offer of a beautiful woman falling in love with him. Paris is assigned to go on a diplomatic mission to Sparta and there he befriends Helen (Bella Dayne), the wife of King Menelaus (Jonas Armstrong).

The story of The Iliad is so well known that even people who have never read it at least know the basics: Helen of Troy and Paris fall in love and run off to the city of Troy, which starts a 10-year long war, the Greeks get into the city by building a giant wooden horse, and Greece’s greatest hero, Achilles, dies after getting shot in his heel. Just from the first episode, Troy: Fall of a City looks like it's going to follow those board brushstrokes. 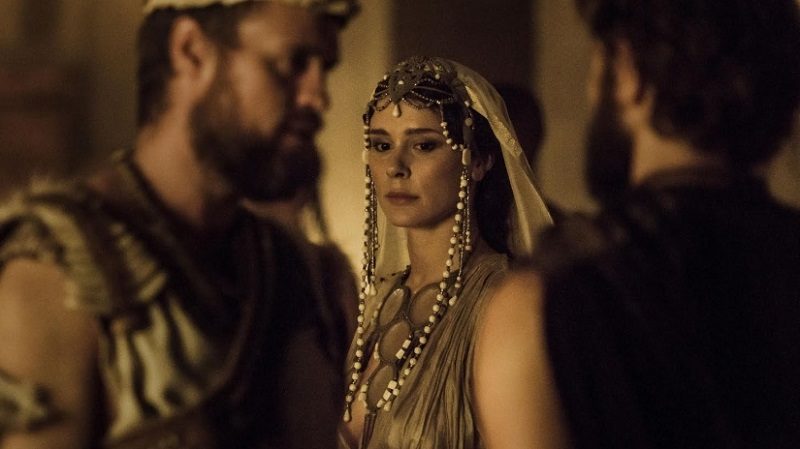 The most famous adaptation of The Iliad before this series was the 2004 film Troy, which attempted to be a more "realistic" take on the material. Troy removed the Gods from the story and the events in the film took place over the course of a few weeks instead of ten years. It also took liberties by removing Achilles’ homosexual relationship because of the MPAA’s strict rules and studio fears that audiences would not accept a gay hero. Troy: Fall of the City sets itself apart from the sanitized nature of Troy in its early scenes. The premiere begins with a woman in the middle of a violent childbirth, and after the opening credits the adult Paris is introduced by having sex with a woman in the middle of the countryside. Whilst it is exploitative on one level, it at least telegraphs that the series is for adults (which leads one to assume the series will properly make their version Achilles gay or bisexual). When Paris meets the three Goddesses, the scene is full of overtones from William Shakespeare’s Macbeth. He meets them in a wooded area and they are telling him about what they can offer him, offering deals that seem too good to be true. Anyone familiar with either story knows there is a catch. The use of the Gods adds an interesting wrinkle to the story, as letting the Gods come down and play with the mortals directly adds an element of predestination to the proceedings - are the actions of the humans their own, or do they only come about due to divine intervention? 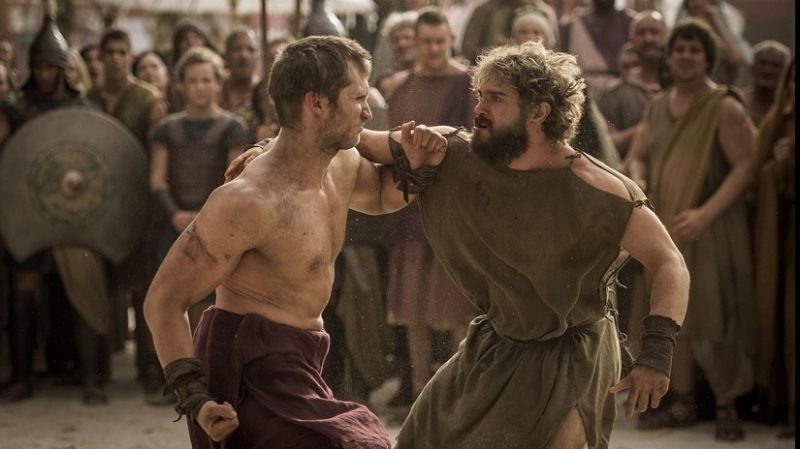 Due to Troy: Fall of the City being a co-production, the show has an international flavor. It was filmed near Cape Town, South Africa, and cast members include actors from the UK, Australia, Germany, and Nigeria. Cape Town is becoming a more popular place for foreign productions – one of the most famous being Starz’s Black Sails. The production staff's expertise were put to good use and the production design was of a high quality. The sets for Sparta felt authentic and the South African countryside made for a good substitute for the Mediterranean. Troy: Fall of the City had some talented writers working on the show, including David Farr (The Night Manager), Joe Barton (Humans) and Irish writer Nancy Harris who has a degree in Classical Civilization. However, the first episode was just an unengaging affair on a character and story level. This is the episode that is meant to kick off the war, set up some of the major players, and show why Helen fell for Paris. As a first episode it hardly gives much incentive to continue watching the series. 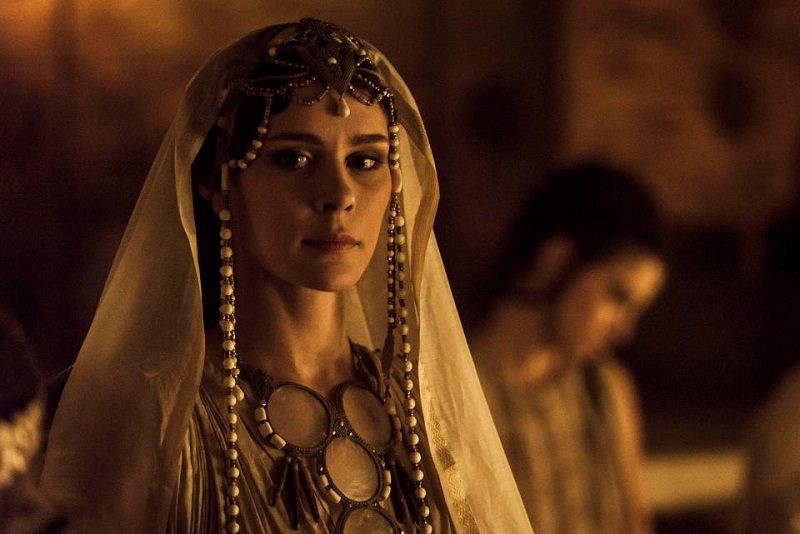 The series has also been met with some controversy because a black actor was cast as Achilles. These complaints can be ignored since the series opens with a woman having a vision and a man meeting gods, so it is hardly going to be a historical retelling. Plus if these people were truly concerned about the show being unfaithful to mythology and history then surely they should be calling for a cast made up of people from Greek and Turkish heritage. Many critics in the UK have praised the first episode but audiences on Twitter were more divided. As someone who has an interest in Greek mythology, I will give the show a go, but the bar has been set low. At the moment the 2004 film Troy was a more exciting adaptation despite its problems.
Rating
3.0
Pros