Season 3 of True Blood has been the subject of a fair deal of criticism from fans and critics alike, most notably for straying from some of the deeper themes of social commentary. Where once we were narrated through a tail of Vampire politics and situations with strong racial overtones, the early part of season 3 appeared to have abandoned this altogether. However, as we move past the halfway mark there has been a significant shift in focus, resulting in some real moments of revelation, not to mention a selection of truly gut churning explosions of violence.

The opening scene is possibly the most captivating start to an episode that I can recall. With Bill bled dry and Sookie being fed on by an enraged Lorena, things don’t look too great for the shows focal characters. I was utterly convinced that this strange sexual relationship between Bill and Lorena, that has even weirder incestual connotations, would be dragged on forever. However, much to my blood thirsty delight, Lorena is finally destroyed in the most gore ridden fountain of meat and bodily fluid that even the most deranged psychopath could imagine. This was the first of several “finally” moments in an episode that once complete, seems to have entirely re-written the playbook. 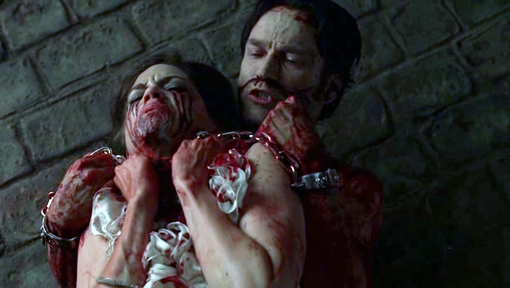 Bill and Sookie eventually escape with the help of Tara and Men’s Health werewolf, Alcide. After a little bit of wolf road-kill, Sookie decides to help her undead beloved in the only way she knows how; with a hacksaw and her wrist. For whatever reason (hopefully this will later become apparent because Bill has fed on Sookie before), Bill goes into a frenzy and gorges on his fiancé, leaving her close to death. On discovering the now blood bespattered duo, Tara and Alcide kick Bill into broad daylight and abandon him in the middle of the road. But instead of bursting into flames, Bill appears to be untouched by the Sun’s rays. A faint amount of steam/smoke still rises from his bare flesh, but it is a vast improvement on the charred remains that he should now consist of. So Sookie’s blood contains some form of magical, possibly healing property, that we later find out also has no defined blood-type. Could a possible cure for vampirism be what Bill and the Queen have been so interested in? Whatever the secret, Eric is now privy to it; his eyes wide as Sookie’s cousin Hadley (it is still a mystery as to why exactly she resides with the Queen) whispered in his ear.

With Sookie now in the hospital and in a coma, Bill arrives to use his blood to restore her and is noticeably full of colour and life. During all this, Sookie seems to be in some form of paradise filled with hippies and topless women (they had better lose the hippies by the time I get there – topless girls can stay). A woman with an English accent warns her not to let the vampire take her light before Sookie is dragged back into the world of the living. This is all very strange and borders on the line of being a little too fantastical, but it is such a relief to finally return to the questions we once had surrounding Sookie's origin, that any silliness can be entirely forgiven. 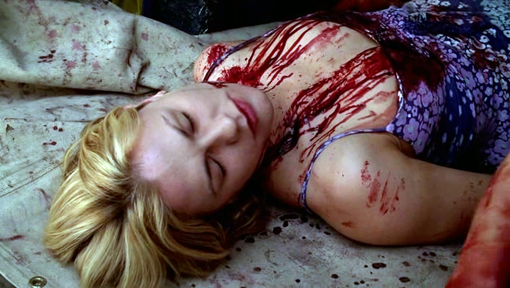 Things with the King of Mississippi have not ground to a halt either, as he confronts the Magister and thrusts forward his play for power. We are given a further demonstration of his awesome strength and speed, that culminates in the ‘true death’ of the Magister at the episode’s close.

The final point of interest lies in Sam’s rescue of Tommy, who is being forced to partake in dog fighting by his parents. Sam shifts into a dog and infiltrates the fight, dispersing the gamblers by triggering an alarm. It’s clear there is more to this story and it’s great to see the bar owner using his gift in ways other than his usual naked gallop in the woods.

The best episode of the season and a thankful return to the questions neglected since the show began. We are finally getting to the bottom of Sookie’s powers and the vampire politics have returned, if only to make way for a more archaic play for power by the King. There are so many sources of excitement and intrigue that it is almost a shame that they have all come at once. Eric’s revenge story was untouched this week but that too is something to pay close attention to.

The writers have clearly listened to the wealth of feedback and responded by returning to the roots of the True Blood universe. If things continue down the path laid out tonight, then True Blood can reassert itself as being one of the best shows on TV.