True Blood – I Got a Right to Sing the Blues

Up to now, season 3 of True Blood has been somewhat disoriented in its plot direction. Multiple character stories meander between situations that have little context or relation to the events in previous seasons. However, last night signalled a return to the show's story-driven roots with several key revelations that have finally begin to reveal the key player’s motivations and intentions.

The episode begins as Sookie and Bill are dragged into the atrium of the King’s mansion. The King now has in his possession, the object of so much fascination; the girl who can read minds and make her hands spark ever so slightly. In a last ditched attempt to escape, Bill leaps, stake in hand, to the steroid ridden vampire who captured them and in a spurt of blood and cascade of meat, destroys him completely. Without hesitation, he pounces upon the King, who nonchalantly shrugs him off, but with such force that demonstrates his overwhelming power. We learn from his response to the feeble attack that the King is almost 3,000 years old and by far the most powerful vampire we have seen thus far. Needless to say, both Sookie and Bill are captured and Eric is no longer interested in saving the ditsy blonde; his sights set firmly upon avenging the death of his human family. 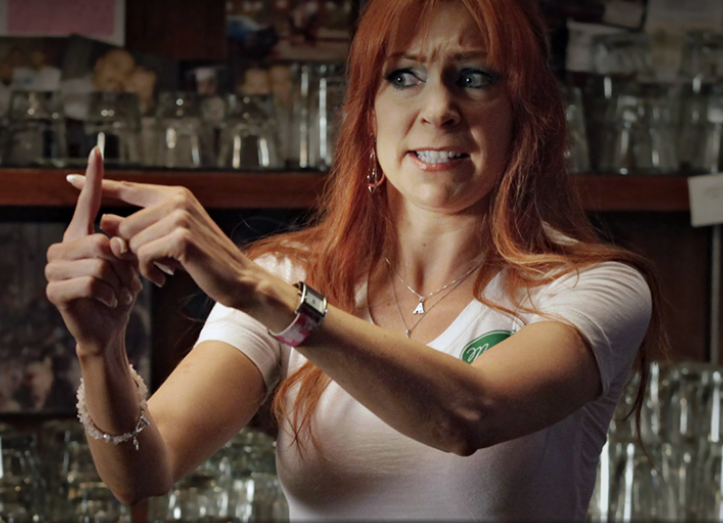 This was the major point of interest for me last week; Eric’s realisation that the person behind the slaughter of his human family over 1,000 years ago, was in fact the King of Mississippi. Although there are no further flashbacks to the past, we do see Eric camping it up in an attempt to insert himself between the King and his boy husband, Talbot. It wasn't the most subtle attempt at gay seduction (we’ve all been there), with Eric responding to a query about his interest in Sookie by explaining that his "interests lie elsewhere". I was half expecting him to begin tweaking his own nipples, but it is probably a necessary piece of overacting in order to lead the audience through Eric’s deception.

You would be forgiven for forgetting that all the while within the mansion, lies a tied up Tara and her lustful admirer, Franklin Mott. He is still as mental as ever and is excited to show his vampire bride-to-be his new clean shaven face. Tara’s interactions with other characters are almost always uncomfortable to watch and this exchange is no different. For whatever reason, whenever she begins to become in any way sexual, her head begins to twitch as if she is being slowly electrocuted. I don’t even recall any of the dialogue in the scene, because I was transfixed by the head spasms, which it is unclear as to whether they are intentional, or a case of stage fright on the part of the actress. The writers are obviously trying to give her character a little more depth, however, watching her biting and chewing on the neck of her captor just made me laugh. But wait, there is more. After her zombie-esque flesh eating escapades (which in hindsight, seem to have been hilariously unnecessary), she decides to crush Franklins face with a mace. Yep, no conventional weapons will do, she has to use something that will spurt as much brain matter onto her night dress as is [in]humanely possible. So, the writers have decided to beef up her character and cut back on the winging, but unfortunately she killed my favourite character and I only hate her more for it. 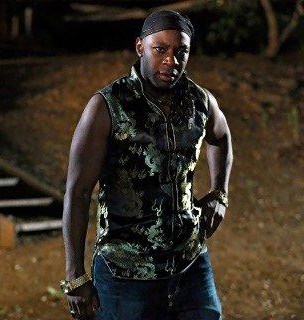 Lafayette is still having his romantic interlude with Jesus (not the one whose blood is symbolically drunk every Sunday) and both performances are incredibly convincing; a real feat when you remember that the 2 actors are straight. Jason is still trying to work out Crystal who it is suddenly very clear is a Werewolf and member of a rather unsavoury pack; the very same that are harassing Lafayette. The final point of interest is the reveal that Sam’s new brother Tommy, is hiding from his parents in order to avoid having to compete in some form of dog fighting, which is what appears to provides the family with their only source of income. We leave Sam as he speeds to the suspected venue for the fights, gun by his side.

Well, back to the Mansion, where all the fun is really taking place. Lorena now has Bill in a torture dungeon or sorts and is working her way up to killing him. Strangely enough, this involves cutting him with a selection of huge knives and then poking the wounds, but hey, love is a complex beast. Don’t fear though, because crazy Tara and Sookie have predictably escaped and are set to rescue Bill. The cliff-hanger that ends the episode shows Lorena pouncing on the tiny blonde and about to fulfil her open desire to tear out Sookie’s ribcage and wear it as a hat (my God, I wish that would happen).

Unfortunately, and I feel I have to draw attention to it, there is one blemish in an otherwise great episode; Anna Paquin’s acting. Void of depth and entirely unconvincing, her interactions with other characters are a chore to watch due to her entirely autistic reactions and attempts at emotion. In particular, the scene in which she breaks down on the bed was totally emotionless and was like watching a naughty child feign tears in an attempt to escape punishment. I never noticed it in previous seasons, but the fantastic performances by some of the other actors is really drawing attention to her inability to portray anything but doe-eyed and mindless.

A significant improvement upon previous weeks, with a greater focus on plot development and fewer jumps between contrasting character stories. The season has finally found traction and each situation has clear direction; the most interesting still being Eric’s desire for revenge and his manipulation of the King and his partner Talbot.

I am finally looking forward to watching the next instalment which, if I am truthful, is the first time I’ve genuinely been interested to see things unfold. It is disappointing to see the last of Franklin Mott and Tara is still an irritating character, but True Blood has definitely found its feet and it’s great to see more vampire politics introduced. Furthermore, even the slightest possibility that Lorena may wear Sookie’s ribcage as a hat is enough to keep me watching indefinitely.