Turf #2 Sells out! Goes Back for More!

TURF #2 sold out at distribution level; Image Comics takes it to press again

Berkeley, CA - 14 July 2010 - Jonathan Ross and Tommy Lee Edwards' TURF -- a Prohibition-era tale of vampires, gangsters, and aliens -- is a certified hit with the sell out of issue #2! Image Comics is reprinting the issue, and it will be available on July 21, 2010. 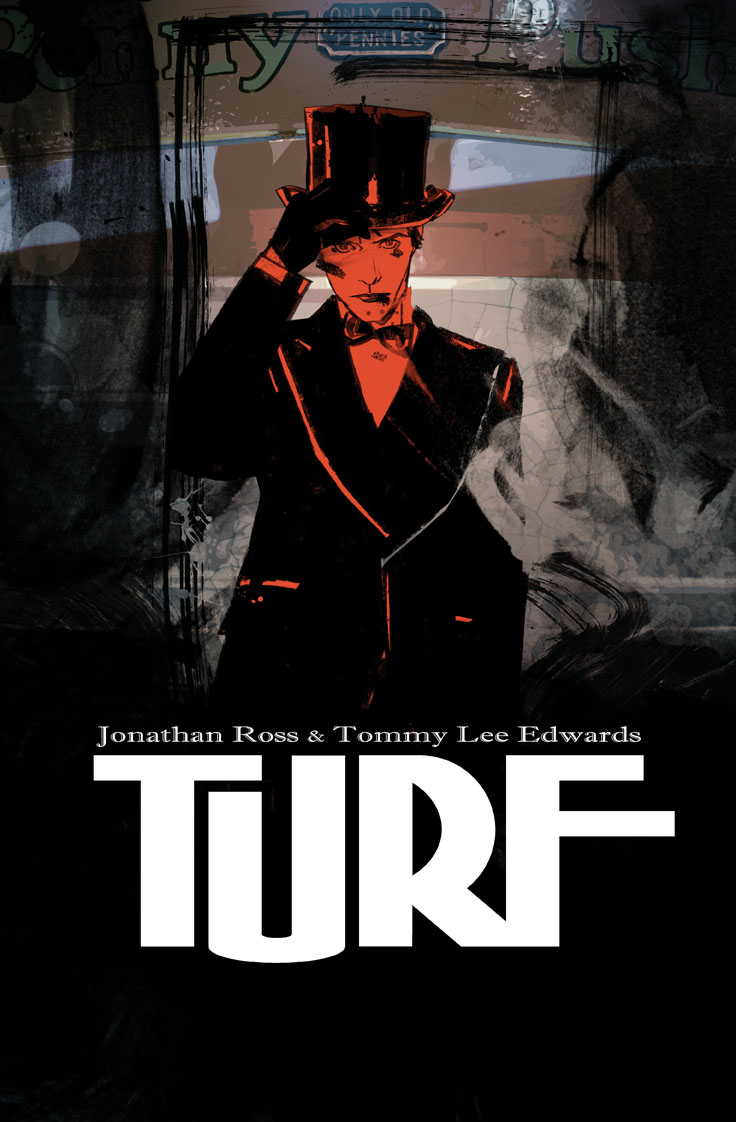 "We're just knocked out by the response the first two issues have gotten," exclaims Ross. "To get so much positive feedback and to sell out again is totally rad, as they used to say in the eighties. Turf three is just around the corner and the ride gets even bumpier, so stick around!"

"Creating TURF with Jonathan has been one of the most time-consuming yet rewarding experiences of my career," adds Edwards. "I'm glad to see how much the readers are appreciating our hard work and that they enjoy seeing TURF's story-lines converge to become even more exciting, scary, funny and challenging."

TURF: New York, 1929. The height of Prohibition. The cops turn a blind eye while the mobs run the city, dealing in guns, girls and illegal liquor. But the arrival of the mysterious Dragonmir Family from Eastern Europe with more of a taste for blood then booze coincides with a series of brutal attacks on the gangsters themselves. As the gangs fall before the fangs, only a handful of mobsters survive. But an unlikely alliance formed between tough guy Eddie Falco and a character from a LONG way from New York City -- a long way from Earth in fact -- offers the humans a glimmer of hope. As the strong willed young reporter Susie Dale from the Gotham Herald tries to survive in the middle of the maelstrom and an ancient prophecy unfolds, no one can guess who's going to win the battle for this particular slice of Turf.

Ross and Edwards will be joining Image Comics at Comic-Con International 2010 in San Diego on Thursday, July 22, and Friday, July 23, for a pair of exclusive signings from 1:00 - 2:00 p.m. both days (booth #2729). Don't miss your chance to pick up a signed convention exclusive of sold out issue #1! 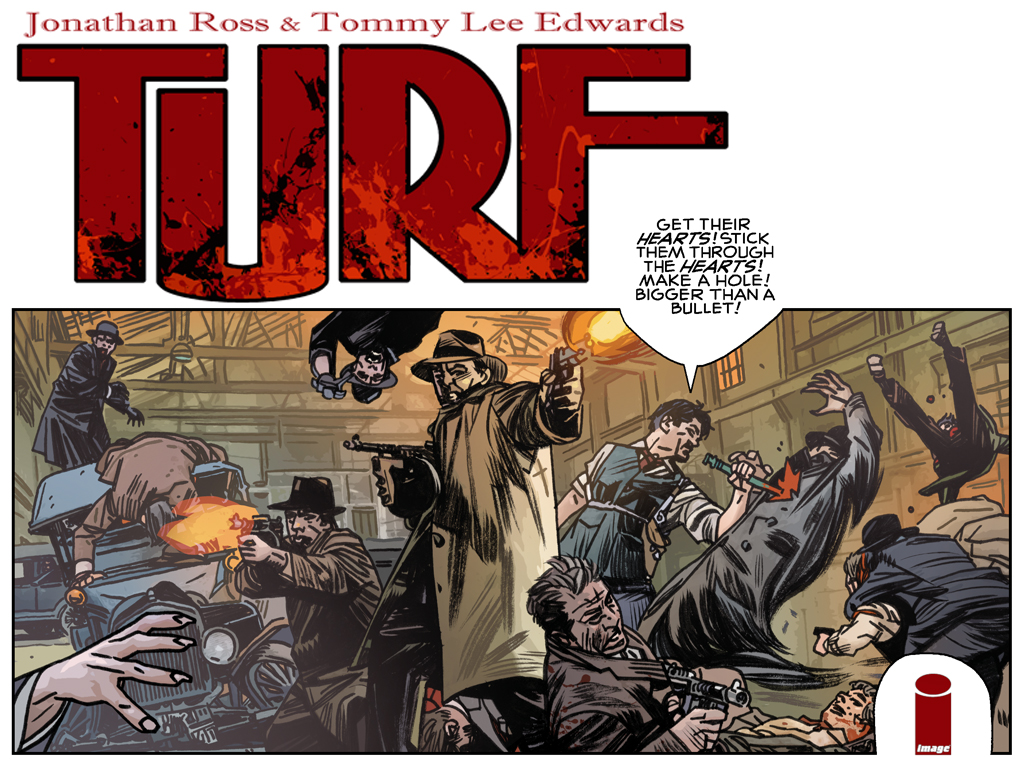