TV Shows That Lasted Too Long

Following in the footsteps of Nicholas, who took it upon himself to look at some shows throughout the recent history of television that were killed before they turned two, I found myself thinking about the opposite end of the spectrum. Too often, shows that are doing quite a few things right in their tenure on our screens step well off the beaten path, going from more than watchable to outright awful (or something somewhat in between). It’s hardly a rarity, but I give you my take on a few shows that should have/need to end.

I spoke about House a little while back when shows were getting their renewals, and came to the conclusion that it really isn’t what it used to be. Given that Lisa Edelstein has now officially left the show, I am even more confident about my assessment of the situation that the medical drama lies in. In its early years House was somewhat special. Taking the CSI formula that was sweeping the television screens of everyone on the entire planet, applying medicine and some far more interesting characters, House had continually engaging stories week-to-week. As things began to become stale, they sort of threw out most of the main cast and had us slowly warm to what are now the co-stars of the show. However, after six seasons, the show was just about done. Sadly for us though, it wasn’t. The seventh season wasn’t entirely bad; at least the writers came up with a reason for Cuddy to leave. However, I fail to see how the eighth season can deliver at all. Olivia Wilde is a movie star and even Hugh Laurie seems uninterested on screen. Just kill this show please.

People might disagree with me when it comes to House, but it’s difficult to find a show that fizzled out any more than Scrubs. In its early days, Scrubs was instantly likable; a strong, fresh take on medical shows that struck a balance between ridiculously childish humor and more serious story lines. Essentially just a slightly younger persons’ version of Friends, Scrubs provided evolution of its main characters and the inevitable love stories at the center of it worked very well. The fifth season was probably the show’s peak, with by far its  most serious story lines (J.D was getting himself a kid after all), but then it all went wrong. The sixth season delivered to some extent, but the writers strike destroyed the seventh season; intended as the show’s last were it given a full run. Having been cut to just eleven episodes, the seventh season forced an eighth season that spilled over into a ninth. The attempt at totally re-inventing the show was admirable, but six seasons were more than enough.

I am a huge fan of 24. I loved every season (yes, even the sixth), but even as a strong advocate of all things Jack Bauer related, I have to admit that the whole thing is just a bit preposterous. With 267 on-screen kills, Jack is just too good at his job. Jack Bauer’s life is far too filled with action: assassinations, nuclear bombs, weaponized gas and a president who would have everything that he ever does suffixed with “gate". Obviously counter terrorist operatives would have themselves a few scrapes with the bad guys, but that amount of major terrorism conveniently taking place wherever Jack is was a bit much. Ignoring the consistently grand scale of everything going on, one also has to question how many times that CTU and Mr. Bauer can discover a terrorist plot, go to the brink, and then eliminate all threats in exactly 24 hours. Whilst the cliffhanger ending to the fifth season (in my opinion the show’s best) was fantastic, Jack’s return from pretending to be dead and the signs of the true beginning of his relationship with Audrey would have been a perfect time to end the show. As I said, 24 is a very good show, but when you take yourself outside of it, cutting down on the silliness might have been an idea.

There is very, very little need to explain this one to anyone with a functioning brain. The Simpsons is a legacy of television, but 22 seasons of anything is pushing it. I really couldn’t pinpoint a specific time when the show hit its stride or began to lose it, but I know that I used to love watching it and now couldn’t care any less if I never saw it again. There is certainly a spectrum of fans of the show, with some loving the early seasons, some reveling in the updated animation in the middle of the show’s run, and at least some still hanging in there now, but no team of writers on planet Earth can sustain good television for 486+ episodes. It is unlikely that the show will ever be forgotten, and adding a few more episodes isn’t going to change that. Just let it slip away quietly into the night. 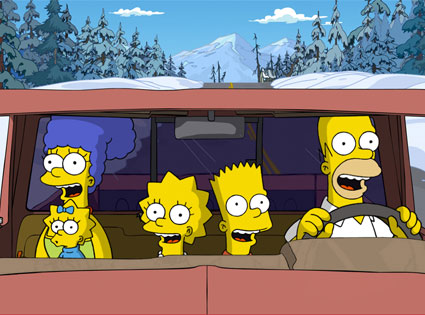 Prison Break, much like 24, was consistently good. Its downfall included ridiculousness like its network friend, but an even bigger flaw came with its name. When your show is named for a prison break, once the break has occurred, everything is just a bit awkward. It never really bothered me whilst I was watching the show, but when you look back at it, it really was an odd choice of name for a show. I am aware that the intention was to only make one season, but any team of writers has to have enough faith in their show - especially on a network like Fox - to consider the longer term future of the show. Looking at the actual content of the show, having a genius break out of a prison only to run around for a season and wind back up in jail in a new country was kind of silly. It all panned out into something pretty special, and the final season actually delivered a lot of the best drama that the show had, but maybe one season wouldn’t have been such a terrible idea for Michael Schofield and co.