By: Justin Moody | Comic News | August 5, 2010
August 4th – Los Angeles, CA - BOOM! Studios & Evil Ink Comics are proud to announce the release of THE AMORY WARS: ULTIMATE EDITION, bringing you the entirety of the epic original saga, THE SECOND STAGE TURBINE BLADE in one stunning hardcover. Written and conceived by accomplished musician and writer, Claudio Sanchez, the series is based on the album of the same name by Sanchez's hugely successful band Coheed & Cambria. THE AMORY WARS: ULTIMATE EDITION is a must-have for fans and for the first time, a place for the uninitiated to experience the entire story in one book.

Collected in 350 pages of science-fiction, including: 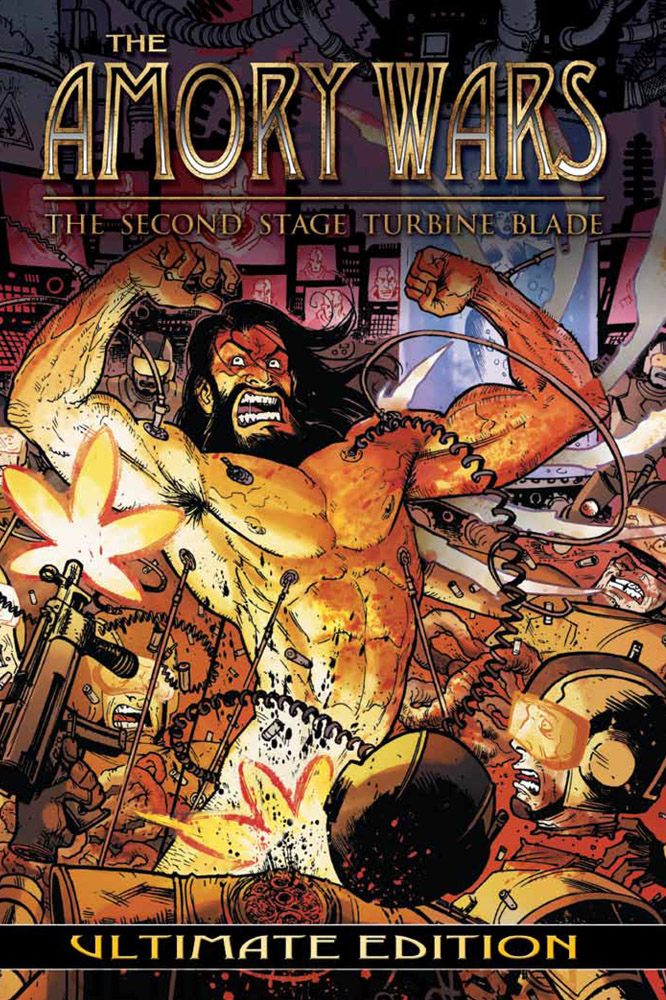 THE SECOND STAGE TURBINE BLADE takes place amidst a star-spanning collection of 78 planets known as Heaven's Fence, held in place and linked together by the mysterious and seemingly omnipotent blue energy known as The Keywork.

Hard-working Coheed and Cambria Kilgannon live on one of these planets, but their suburban existence is ripped apart when General Mayo Deftinwolf enters their lives and reveals the ultimate truth: Coheed and Cambria were not born, but built as weapons for a privately developed anti-terrorist unit. Even worse, they have been implanted with a virus which has been genetically passed onto their children, mutating into a deadly epidemic aimed to disrupt the bonds between planets and destroy Heaven's Fence. Coheed and Cambria are forced to decide what is more precious, their family or civilization itself.

THE AMORY WARS is the story behind Claudio Sanchez's lyrics from the album of the same name, which fans have tried to unlock the true course of events encrypted in the lyrics since the band first debuted.