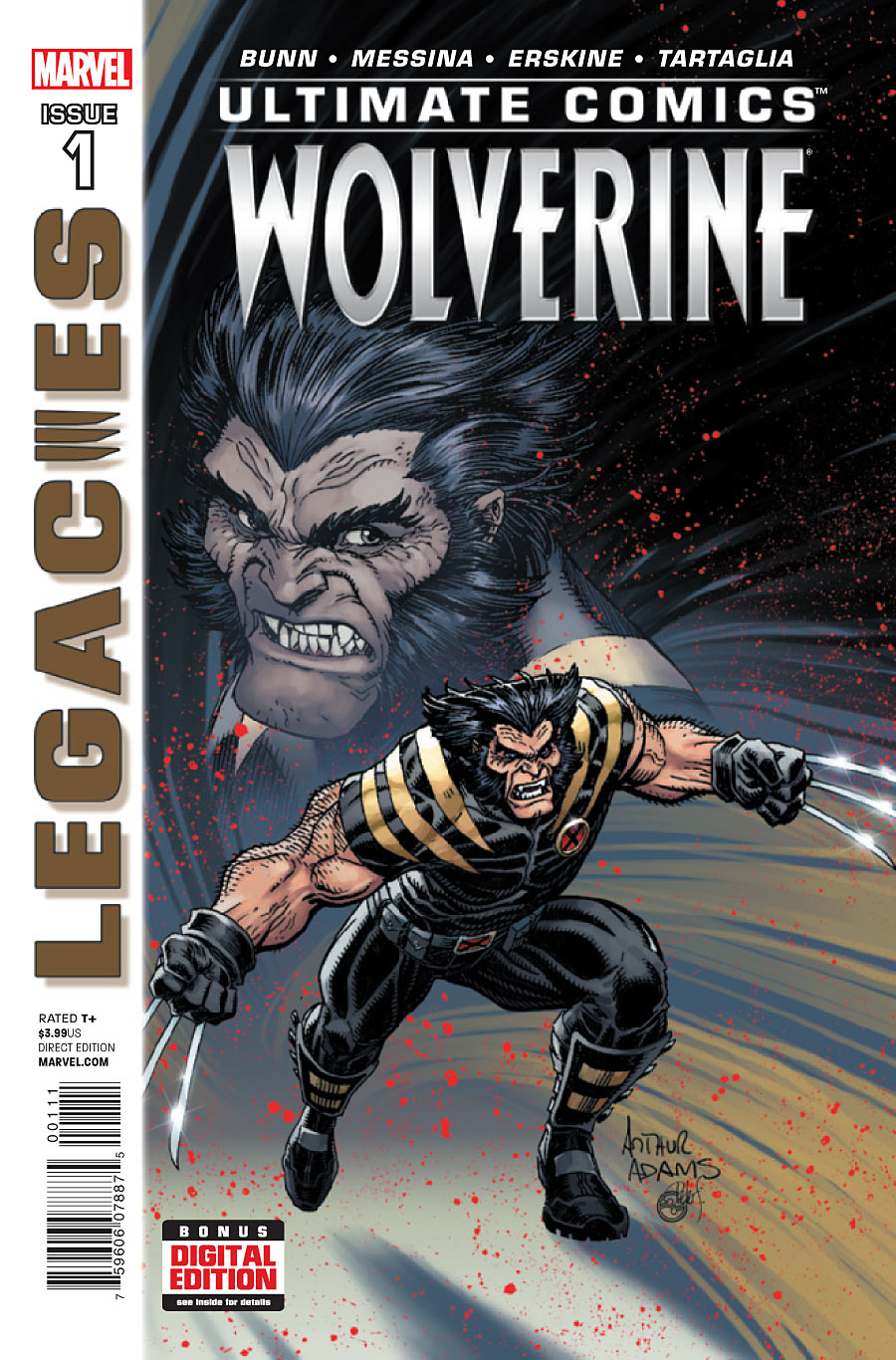 Wolverine died in the Ultimate Universe a couple years ago. So, I am sure a lot of people are curious to see what this series is going to be about. Before I picked up this comic I was sure that is was going to be about Jimmy Hudson, who is Wolverine’s son. This would also connect to the Ultimate Comics X-men series since Jimmy is a main character in that series.

The cover is pretty simple. I don’t love the art for Wolverine on the cover because it is a little sketchy, but I think the cover will grab the attention of Wolverine fans.

Part of this issue is set in the past where Wolverine is on a mission. A mutant girl starts to manifest her powers earlier than expected, because someone whispers into her ear. Than the story flashes to the present with Jimmy listening to a hologram message, which is the only thing he has from his father. One of the mutants at the camp hears a humming coming from the message. They both realize that the message has a hidden message.

This was a pretty solid start to the mini series. This issue alludes all the way back to Jimmy’s first appearance in Ultimate X #1. Jimmy received the hologram of his father from Kitty in that issue. Ultimate Comics Wolverine uses Jimmy’s first appearance to create a whole new story. I don’t think many fans really thought much about the message when they first read Ultimate Comics X #1, but now there is a mini series dedicated to tell more story about Wolverine’s message. Maybe we will even find out who Jimmy’s mother is throughout this mini series.

The story connects with what is going on with Ultimate Comics X-men in the present, and also what has happened in the past. It shows how much Jimmy and Kitty’s relationship has changed with each other since Ultimate X was released three years ago. 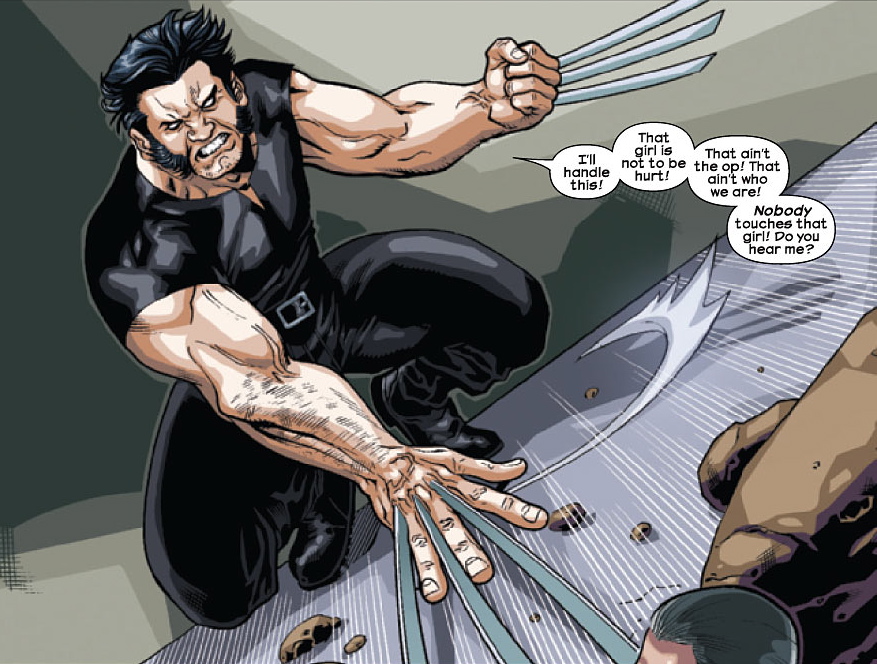 The beginning section with Wolverine was probably the weakest part about this issue, which is ironic since this comic is called Ultimate Comics Wolverine. It felt out of place to tell this story about Wolverine. I hope that it some how connects as the story progresses, but for this issue it was just a really mediocre way to show a dead character. They could of just concentrated on Jimmy.

The art was average. I have seen better in the Ultimate Comics X-men series, which is the type of I think they should of used with this series. This type of art felt a little cartoony for a Wolverine series.

Even though the Wolverine part of the story felt out of place I still enjoyed Jimmy’s story enough to recommend this issue. It seems like a fun mini series that explores past stories that could have been easily forgotten. This will be especially interesting for old Ultimate comics fans. Pick this up!