Under the Radar II: More Games You Never Played

By: | PC Features | March 24, 2011
Welcome to the second installment of “Under the Radar”! I am a big supporter of indie games and I frequently find myself playing games that, when mentioned to others, cause some pretty blank stares. I am here to spread the word, and let you know that blockbuster titles aren't the only good games out there. Today I’ll introduce you to an unknown game that has actually been discontinued on most distributors, as well as a cult classic hit that has the learning curve of a brick wall, and shows how it’s fun to lose!

Full Pipe was a one-shot point-and-click adventure game from a group called PipeStudio, who apparently banded together for the sole purpose of making this game. It is a quirky little adventure game, taking you through what appears to be a large pipe system/insane asylum, where odd characters all just sit around doing weird things. You play a small guy who starts the game having one of his slippers stolen by a tentacle that slips out from beneath his bed. The rest of game revolves around navigating the intricate areas in order to get your slipper back, after falling down a deep hole while crawling under your bed to find it. The point and click puzzles are sometimes very obscure and often just plain weird.  They're hard to figure out, but always fun and very satisfying to solve. I bought this game on a whim years ago, and have never regretted the purchase. I assume it was taken off of Steam’s store because the developer disbanded or the publisher did the same, but I really hope that there is some way they can offer it in the future. 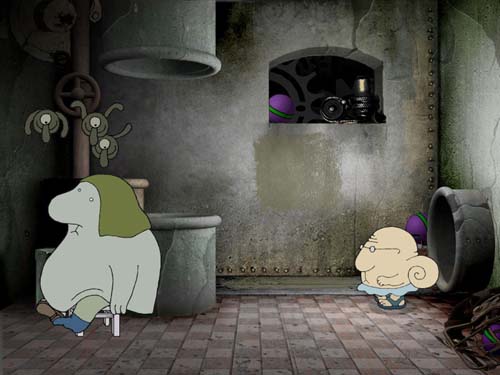 Dwarf Fortress is for the kind of person who likes simulation games, roguelikes, and punching themselves in the face. It’s a sort-of roguelike where you embark on a journey into a randomly generated world, selecting a specific plot of land, and attempting to dig out a living in a fortress of your very own. The game elements are complicated, the UI is impossible, but when you finally do something right in the game, it is overwhelmingly satisfying. Most of the time, no matter how well you manage everything within your fortress, something will inevitably go wrong, leading to the motto coined by the community: “Remember, Losing is fun!” And this is true, most downward spirals end up in the best kind of tears, whether it’s flooding your fortress, finding deadly magma, or punching a hole directly to hell itself. As mentioned before, the game is not very accessible to new players, as it revolves around a myriad of keyboard shortcuts (very little mouse control here!), and it is based around an ASCII set that is usually completely incomprehensible to anyone who hasn’t played it. It’s definitely a Wiki-required type of game, but once you learn the basics, it gets to be incredibly fun. Alternatively from the normal Fortress mode, there is actually a more traditional roguelike to be found in the Adventure mode. You create a character, picking from either a Human, Elf, or Dwarf, and selecting your skills as an adventurer. It’s not yet a fully-featured mode, but it’s still fun to play so that you can run around doing quests for random guys huddled in empty houses. It’s also fun due to the detail of the fighting messages. For reference, I once fought a buffalo, killed it, butchered it, and then later on threw its brain at someone’s head which shattered their skull and broke their own brain. Intense stuff. It’s great to play, and incredibly easy to die, especially if you venture out at night. Overall, if you’re willing to learn how to play, Dwarf Fortress is an incredibly satisfying game to play. It’s also completely free at Bay 12’s website. Enjoy! (And lose)