By: Steven Chaitman | Movie News | March 16, 2012
As studios start to make solid plans for 2013, expect the release schedule to get a big shake-up. We just saw Paramount move World War Z to next summer and replace it with Tom Cruise headliner One Shot. Now it's Universal's turn. The studio has announced a 3D rerelease of Jurassic Park for July 2013 and bumped up another Cruise vehicle, sci-fi film Oblivion, to that April.

It would seem George Lucas is not the only one of his friends who has interest in digitally altering old material. Steven Spielberg told MTV back in December that Jurassic Park is the only of his films that he had interest in post-converting to 3D. At the same time, he's vocally expressed his regret over touching up E.T. 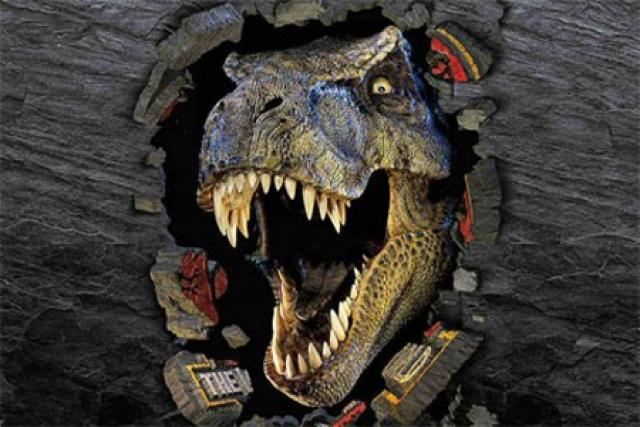 Should the fad of giving contemporary classics an extra dimension wane in the next year, however, don't be surprised to see Universal move Jurassic Park 3D from such a coveted mid-July roll-out. There's a reason Disney has had success with rereleases in September and January.

Oblivion, the post-apocalyptic action film from Tron: Legacy director Joseph Kosinski (based on his own graphic novel), has endured a less-than-stable pre-production. Disney bought the rights in August 2010 but eventually dropped the project (possibly having learned a thing or two already from the chaos that was John Carter). It then found a home at Universal where it has undergone several name changes and lost a leading lady (though Olga Kurylenko and Andrea Riseborough joined soon after in January in addition to the one and only Morgan Freeman).

The film will now usher in next summer instead on April 26, 2013. A move to April usually sounds like a death warrant, but this is the same weekend slot that Universal utilized last summer with Fast Five, which was an attempt to start the summer season a week early that worked out well — and then some. Still, the "Fast & Furious" franchise has a built-in fan base and a car-chase caper is an easy sell. With Iron Man 3 coming out the following weekend, a largely original sci-fi/fantasy movie in that spot proves much riskier.