"A disturbingly brilliant film shot on an iPhone 7 "
By: Russ Matthews | Movie Reviews | April 25, 2018
Steven Soderbergh is a director with unprecedented success in cinemas with his Ocean’s 11 series and an Academy Award to his name due to Erin Brockovich. Despite having a celebrated career, one label that he cannot wear is conventional. Since his introduction to audiences with his Cannes Film Festival winner, Sex, Lies and Videotape, he has proven to be an artist that does not mind taking risks with stories and filmmaking techniques. Staying the course of pushing the edge of the envelope within the trade with his latest creation, Unsane takes on the issues of psychosis, the impact of stalking and all of the filming occurred on an iPhone 7 Plus. 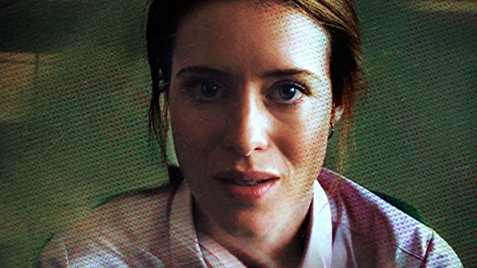 Sawyer Valentini (Claire Foy) is attempting to establish a new life with a fresh career outside of Boston. As she adjusts to life in her new surroundings, the young bank executive wrestles with her past and the psychological impact of the nightmare of two years being stalked by David Strine (Joshua Leonard). After a traumatic night on the town, she seeks help by getting counselling for her mental struggles at a local hospital. During the process of signing what seems to be standard medical forms, Sawyer realizes that she has unwittingly committed herself to a 24-hour observation of self-commitment in a psych ward. While she and her family attempt to get her released from the legal and medical imprisonment, the young victim discovers that one of the orderlies is none other than David Strine or is her mental state getting the better of her? Throughout her hospital stay, she must determine what is real and what is merely a hallucination. Between the unique nature of Soderbergh’s filmmaking and the unnerving concept of stalkers, Unsane cuts a fine line between cinematic brilliance and a distressing statement on modern society. A film worth experiencing once for the artistic elements, but one that may leave many audience members with long-lasting psychological trauma. 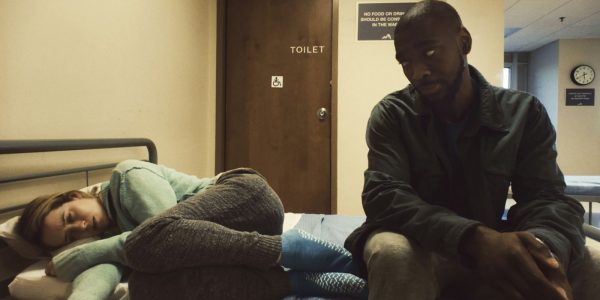 One thing that is consistent throughout the majority of this director’s tenure behind the camera is his ability to get great performances from his lead actors. Claire Foy (The Crown) has proven that she is a tour de force outside the majesty of her Netflix series. Surrounded by a strong supporting cast, the English actress shows a range of emotions that are essential for the role and manages to carry the film through to the conclusion. Joshua Leonard, Amy Irving and Juno Temple personify characters that are reminiscent of One Flew Over the Cuckoo’s Nest and other films that occur within mental hospitals. These performances are complemented by the unconventional vantage point of the smartphone filming technique. Even though this is not a style that should be extensively used, it does add to the stalking narrative by providing a harsh reality to the viewing experience. In amongst the celebration of the artistry, there needs to be a bit of caution. The technique, scripting and acting are exemplary, but the message is so disturbing that it penetrates the soul which makes this a difficult film to enjoy on any level. This disturbing tale is more of a warning to our social media society than it is entertaining. The story will fester in the minds of many who attend a screening for quite some time afterwards.
Rating
7.0
Pros