"Live or Die... It's Your Choice"
By: Andy Bartsch | PS4 Reviews | November 24, 2015
Have you ever felt like being in complete control of the lives of seven people? If you have, well, that’s actually kinda weird... But now you can in Supermassive Games’s survival horror Playstation 4 exclusive, Until Dawn. The game takes place on a snowy mountain retreat where seven youths reunite a year after a terrible tragedy. All seems pleasant until it’s slowly revealed that other forces are at work and our heroes are about to face some horrifying challenges. It’s up to you, the player, to make sure everyone makes it out alive. 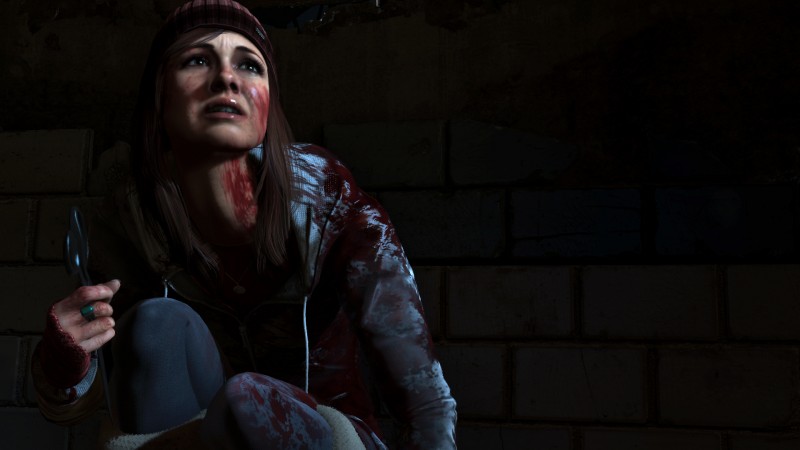 The story is actually very engaging and has plenty of twists and turns along the way as you switch between seven different characters during the game. Early in the game, you’re lead to believe that there is a serial killer roaming in the snowy hills outside, however, as the game progresses, you learn there’s much more going than meets the eye. Without getting into spoiler territory, the story is actually very creative and covers an area of horror that isn’t touched upon very often. There are touches of other horror elements as well, such as zombies, ghosts, and killer scarecrows, but the way the story ties everything together makes it a wonderful treat for any hardcore horror fan.
The gameplay mechanics are very simple too. The majority of the game has you wondering through dark hallways, rooms, caves, etc., searching for clues and items to pick up. On occasion the action will pick up and you’ll have to prepare yourself to face some fairly challenging quick time events. The areas you search, the clues you find, how well you do on the quick time events, and how you interact with the characters will all effect how the games plays out, similar to Telltale’s The Walking Dead and Square-Enix’s Life is Strange. However, unlike Life is Strange, the choices you make actually effect the ending. Even what might seem to be the most unimportant choice in the game can have dire consequences later on, resulting in a different ending. 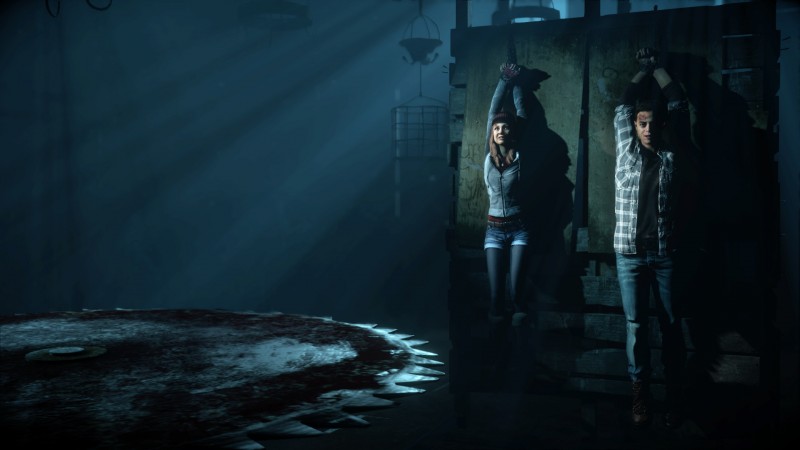 The graphics and visuals are simply breathtaking. The facial and motion capture tech used in this game are top notch. The movements are very natural and fluid and the textures are so detailed, you can see the blemishes in the character’s skin. There is a very cool and mute color palate of blues and grays to game, which helps create a very unnerving and creepy atmosphere.
Controls are very simple as well. You use the left analog stick to move your character while the right analog stick is used to control the camera and whatever light source your character is using (flashlight, torch, etc.). Unfortunately, a lot of times the camera is set from certain angles a la PS1 Resident Evil games, usually making it very frustrating and pointless to control the camera. The analog sticks, the circle, X, square and triangle buttons are all used for some of the decision making made throughout the game as well as the quick time events. R2 is used on occasions when the character has possession of a gun or a projectile, while L1 can be used to make your character WALK FASTER. Not run, WALK FASTER! The touchpad is used to flip between pages when reading books and journals. There is an option to use the motion control feature, however I chose to turn that option off. It turns out that you’ll be using the motion controls regardless because there are a handful of moments when your character needs to stand completely still, so when prompted, how still you hold the control will also effect what happens in the game. Unfortunately, there are moments when I failed the motion control portions, but what happens afterward makes it seem like the failure was part of the story. 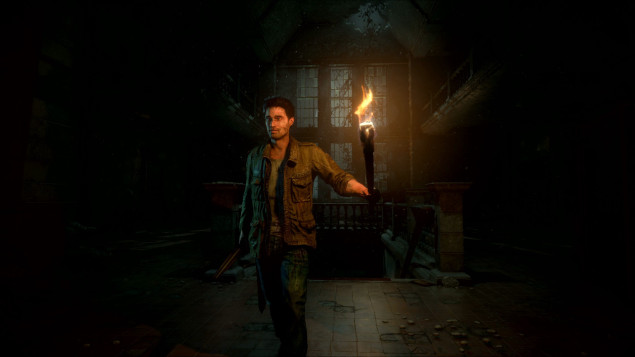 The performances in the game are top notch. I’m not being the least bit ironic here. Every single actor in this game does a great job. Peter Stormare steals the show as he usually does as the mysterious and often disturbing Dr. Hill. Hayden Panettiere is charming as can be as the lead character, Sam. The adorable Galadriel Stineman hits it out of the park as Ashley. Mr. Robot’s Rami Malek really shines throughout the game as Josh. The only one who kind fails to make his presence known is Jordan Fisher as Matthew. In my playthrough, he died fairly early in the game, and I honestly forgot about him when his name was brought up. However, I think the character is kind of meant to be a bit bland, at least that’s how it came off in my playthrough. Fisher did fine, it just feels like he didn’t have much to work with.
The sound effects in the game are used splendidly. There are several moments when you’re walking alone in a creepy environment and you hear some disturbing sounds in the distance. There are some nice music stings which don’t come off feeling like a cheap scare and the music can be intense during the more freaky and fast paced moments.
Supposedly, there are over 1,000 different endings to the game. Given all the varying choices and depending on who survives, it actually looks possible that that could very well be true. The replayability is very high, as there is a ton of ground to cover, a lot items to pick up, and a real challenge for those who want to achieve the perfect ending. I know I will in my next playthough.
Rating
8.9
Pros