Despite money woes and economic stifling, movie sequels have, more often than not, remained successful at churning out gold at the box office. So much in recent years, in fact, that the reason behind pooling leftover income from a previous film into another follow-up film has become something of a justification.

Falling into this category are The Hangover Part III and Fast & Furious 6, both due to come out nearly a month from now on May 24.

Dating back to 2001’s The Fast and the Furious and 2009’s The Hangover, each of the originals garnered a popular reputation in filmgoer circles, helping to inspire sequels of their own. As a result, each series has built off their previous images by elevating their marketing output and budgets with every passing sequel.

With the originals, both The Hangover and The Fast and the Furious budgeted their projects at $35 million and $38 million, respectively. Then with their last sequels that hit theaters, the budgets increased, adding up to $205 million between the two (The Hangover Part II: $80 million; Fast Five: $125 million). No information about the budget amounts for each of the upcoming films has been released. 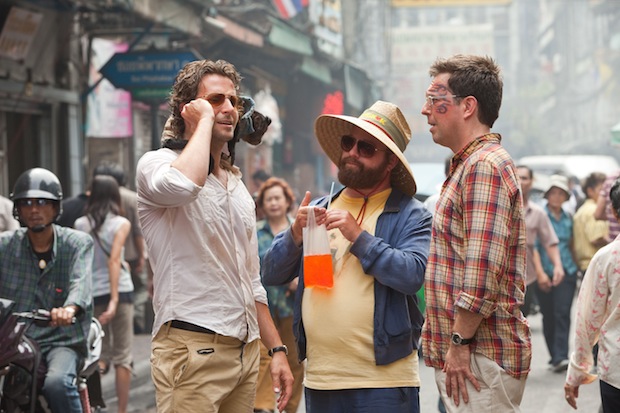 Given the sequels have averaged, according RottenTomatoes.com, worse reviews than their originals, where The Hangover rests at 79% compared to The Hangover Part II which has stabilized at 32%, and The Fast and the Furious sits at 52% while all its four sequels muster a mean score of 44% (2 Fast 2 Furious: 36%; The Fast and the Furious: Tokyo Drift: 35%; Fast and Furious: 27%; Fast Five: 78%), they still attract the film-going attention of many audiences.

In the end, fans of the originals who helped propel each of the films to such popular heights have seemingly stayed loyal to watching the sequels while expanding their fan-base. There is no exact science to these things, but the trend indicates both of the sequels set to hit theaters next month will take more money to produce and more money at the box office.

Both The Hangover Part III and Fast & Furious 6 will be given wide theatrical releases.