Two PSOne classics from Square Enix, Xenogears and Vagrant Story, are on there way to the Playstation Network in the . Vagrant Story was an action/adventure RPG first released in 2000 and developed by the same team who made Final Fantasy Tactics. Xenogears came out in 1998 and was an RPG with a complex science-fiction story. Both games were well received by the critics when they first came out.

Neither game has an exact release date yet, but they are among a few other PSOne titles that gained a rating from The Entertainment Software Ratings Board (ESRB) for release on the US Playstation Network. IGN reported that among other games approved for eventual release are Threads of Fate, Legend of Mana, Arc the Lad III and Ridge Racer Type 4. 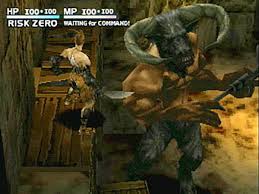