"For Gallia!"
By: Dean Holden | PS4 Reviews | May 26, 2016
This is a day I never thought I'd see. I'm playing a new Valkyria Chronicles game. I'm running scouts, shocktroopers and lancers across the fictional country of Gallia. I'm lining up my shots, getting frustrated at missing high-percentage targets. It feels like the first time. Well, sort of. It's the same game, just a little shinier. But that's totally fine by me. When it comes to this series, I'll take whatever I can get. [caption id="" align="alignnone" width="959"] 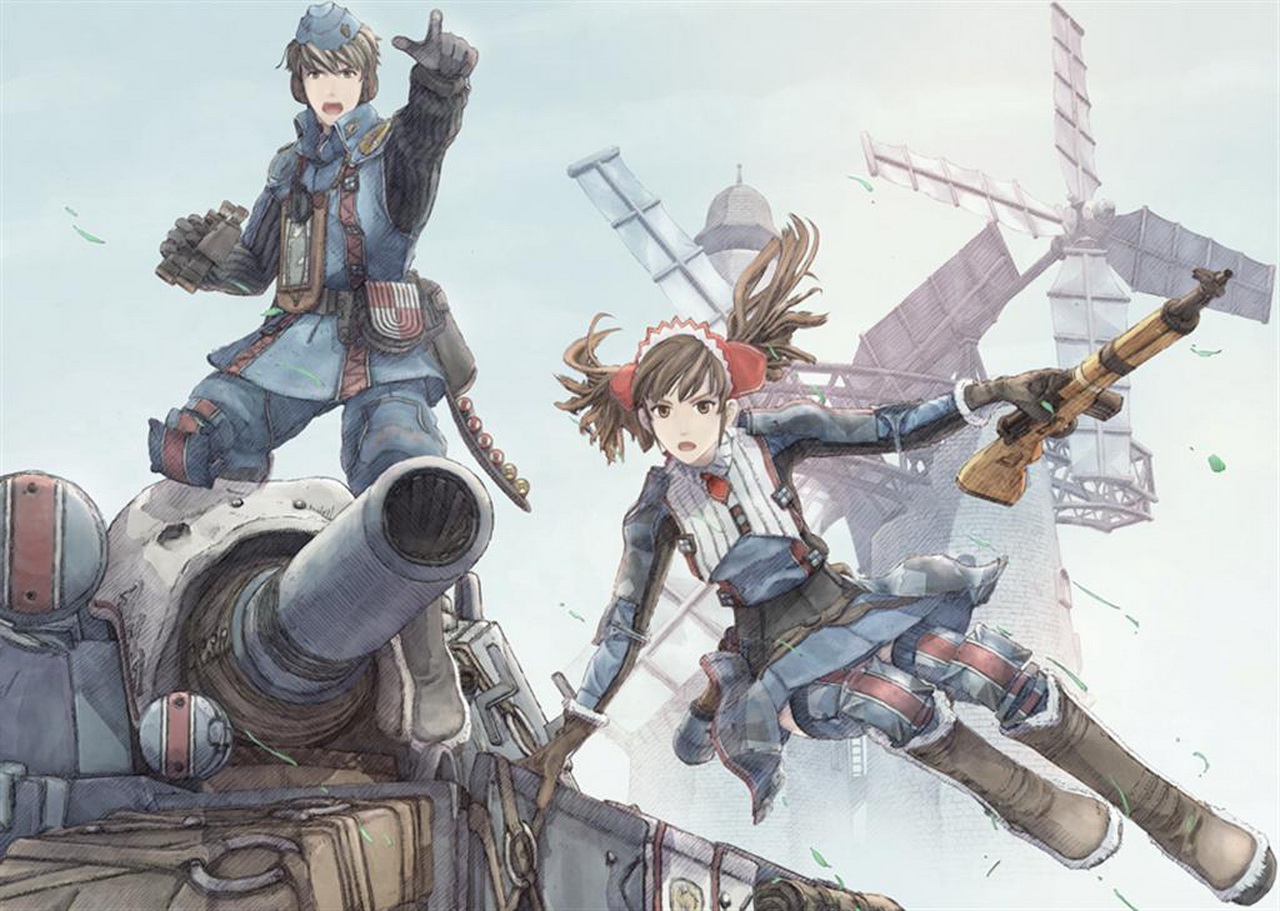 Almost all of the most iconic Valkyria Chronicles imagery in one shot. Well, minus the magic powers.[/caption] First, let's run down a brief history. Sega hasn't been especially kind to the Valkyria Chronicles franchise over the years. The original game was one of the absolute best PS3 exclusives in the early part of the console's lifespan, but got absolutely zero marketing from the company. Maybe they thought a World War 2-themed game with third-person shooting wouldn't do well in the West? The game still managed to pull together over 1.25 million copies sold worldwide, so Sega smacked it down again by making its sequel exclusive to PSP. Since the install base of PSPs was much higher in Japan, Valkyria Chronicles 2 sold much better in Japan than in the West. That further emboldened the suits at Sega to make yet another PSP sequel and refuse to release it outside of Japan. Valkyria Chronicles 3 came out in 2011, and all cries to release a localized version have fallen on deaf ears. For years, fans feared the series was dead. But a PC port of the original Valkyria Chronicles blew up Steam charts in 2014, which appears to have renewed confidence in the series. And now we have a 1080/60 remaster of the original for PS4 and a new console game on the way, for better or worse. And I've been sort of surprised about my feelings with Valkyria Chronicles Remastered. Don't get me wrong, this is still a great game, and I'll always enjoy it. But in taking an objective look at it, there are holes in it. This is in no way a perfect game. Let's start with the new stuff: the aesthetics. Valkyria Chronicles looks fine in 720p, but the remaster gives it a very different feel. The art direction was always a bit rough, with a greater focus on artistic style than realistic graphics. Those kinds of games always hold up better over time. There is a very distinct "sketchbook" feel to the game, as if the whole game is being drawn in pencil before your eyes. That's no accident - the very first scene of the intro makes that very clear. But now that the game is in 1080p, those lines seem much sharper, much harsher. And it becomes obvious that it's more prevalent in some scenes than others, which makes the style a little bit uneven. Of course, that's a minuscule nitpick, because the game in general still looks fantastic. Going through the game's opening cutscenes and story sequences, I was still trying to get my head around whether it even looked better than the original, or if the sharpening of the visuals didn't harm the artistic feel somewhat. I pulled a total 180 the moment I got into combat. The gameplay looks more fluid, natural, and snappy at 60 frames per second, more than I ever would have thought. The moment Alicia started firing her rifle in the very first mission, I was blown away.

This could be a result of coming off the PSP iterations in the series, and it's just that playing a familiar engine with console-quality graphics makes everything pop more. Regardless, my jaw dropped at how smooth the action looks, particularly the ragdoll death animations, silly as they are. Speaking of the PSP iterations, one thing that didn't get remastered in this game is the gameplay balance. That's both good and bad. Valkyria Chronicles is unique in it's approach to crossing tactical gameplay with 3rd-person shooter mechanics. But it's hard to argue that later games in the series didn't greatly improve the game's balance with a class upgrade system and new abilities. I found myself frequently going for moves or maneuvers that weren't there. Then again, this is the complaint of a hardcore series fan who bought an extra PSP with the express purpose of modding it and playing a fan-translated version of Valkyria Chronicles 3. If you're new to the series, or simply less zealous about it than I, what you'll notice is that the game's grading system gives high marks to finishing missions as quickly as possible, with little regard for anything else. That means the high movement ability and average damage output of the scouts makes them the most useful unit in the game by a wide margin.

By comparison, the tank takes two movement points to every other unit's one, and can't move very far in a single turn. So despite being the centerpiece of the unit, the tank often gets left behind at the mission start point. This is one of the game's major problems: proper, safe battlefield tactics go out the window when you're aiming for an A grade. It's a whole lot more fun to play when you ignore the grades and just play how you want. Besides, having a lone scout run in and grab a flag while surrounded by enemy tanks doesn't generally seem like it would be a victory state in most cases. It seems more like a suicide mission. Again, these are small problems, when in reality, Valkyria Chronicles Remastered is simply the definitive version of one of the best tactical RPGs ever. It's XCOM with an anime art style, direct 1-to-1 control over each character, and no grids. Once you've come for the gameplay, you can stay for the story, which is gripping, and full of intrigue. Yes, it falls into some stereotypical anime tropes (somehow, in the middle of a war in which their country is being invaded by a military superpower, they manage to find time to go to the beach and show off swimsuits, but whatever). And yes, the whole story is an allegory for World War 2. They're not even trying to hide the fact that the Darcsens are just meant to be Jews, and are subject to racism from even their relative allies. [caption id="" align="aligncenter" width="800"] "Now, if we just built a wall..."[/caption] But within that, there are twists and turns that run from obvious to unpredictable, and eventually you'll feel close to even the side characters in your platoon that don't get any real screen time - especially considering they each have unique voice actors and are susceptible to permadeath. Hitoshi Sakimoto's A++ soundtrack helps with this, as well. Years later, tracks from the game still evoke strong emotions. As entertaining as Squad 7's journey is, easily the most interesting, complex character in the game is Selvaria Bles, the Empire's most powerful general. Your first encounter with her depicts her as an inhuman weapon, but as you come to understand her motivations and background, she becomes incredibly sympathetic, especially in the run up to the game's climax. Selvaria's character gets more fleshed out in one of the game's DLC packs, Behind Her Blue Flame, which is included with this version. If there is a complaint with characterization in the story, it's that in your squad of dozens of members, less than ten actually get featured in the main story. Of course, every single character has backstory, and indeed, the lore of Valkyria Chronicles is as deep as you want it to be. There are pages upon pages of background information on everything from squad members to weaponry to medals to Gallian cities. But only a tiny amount of that actually features in the main plot, and it wasn't until later games that side characters started getting unique cutscenes and missions for their character development. Here, you only get that kind of development for the main cast. It's due to good character design and strong writing that the side characters stand out to the extent that they do. The Edy Detachment DLC does a lot to help give more personality to a handful of those characters, like fan favorite sniper Marina Wulfstan. 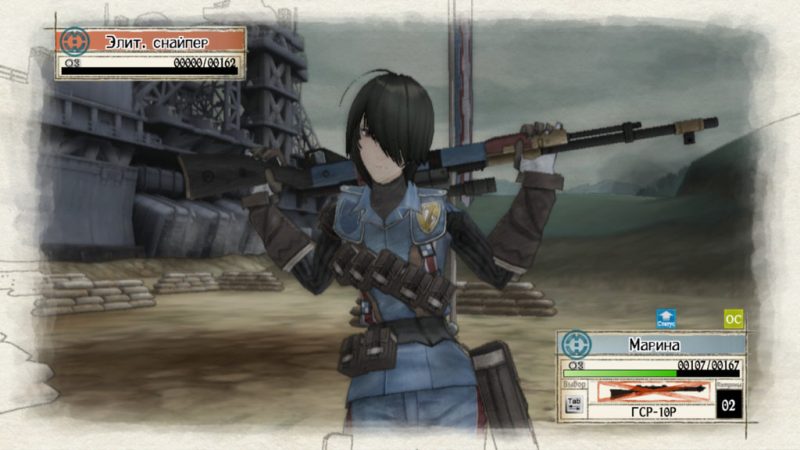 But it still leaves a couple dozen of them out in the cold. It's hard for me to parse, after all this time, whether my love for Valkyria Chronicles is a result of fandom or legitimately good design. That makes it hard to review, because I'm not sure if I'm being objective. What I can say is that as a strategy RPG aficionado, Valkyria Chronicles scratches an itch that nothing else quite reaches. And Valkyria Chronicles Remastered can now easily be considered the definitive version of the game. At $30, there is absolutely no excuse for you to not be playing this game. If you've ever carried a torch for a tactical military RPG, this should make you a fan. And if you become a fan, all that's left is to hope Sega uses their newfound momentum to truly revive the series... and that Azure Revolution isn't garbage.
Rating
9.1
Pros