Veronica Mars Review: The Inimitable Marshmallow Is Back

By: Mitchel Broussard | Movie Reviews | June 26, 2014
Confession time: I was one of the reasons Veronica Mars was originally cancelled. I discovered the show in high school on DVD, a few years after it went off the air, and quickly discovered its impressively large group of loyal followers who bemoaned the loss of their favorite teenage detective for nearly seven years before anyone said anything back to them. It is pretty easy to see why the show matters to so many people: the characters pop and are treated lovingly by Rob Thomas’ clever scripts. In transition to the movie format, little is lost as Veronica and friends age up nearly in real time to the end of the third (and final) season of the show. Unfortunately, and like I said, this is from a die-hard fan that gave $30 to the Kickstarter campaign ten minutes after it was announced: little is gained, either. 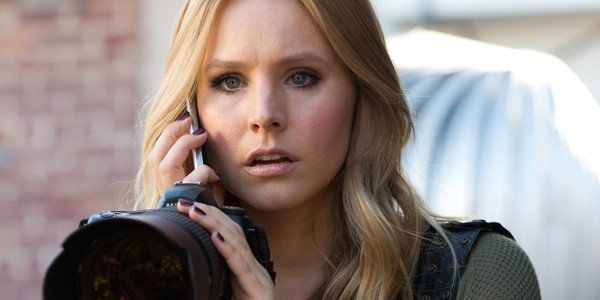 Set ten years after the events at Hearst College, Veronica (Kristen Bell) finds herself living the good life. She has left the hell spawn that is Neptune, California, moved to New York with good guy Piz (Chris Lowell) and she lands an interview with a big-time law firm. Everything is so squeaky clean in the opening scenes you get a tangible feeling of anxiousness bubbling up inside Veronica; her younger, thirsty for chaos self constantly at odds with growing up. I do not remember much besides the big plot points in those original seasons, but Veronica’s personality and mannerisms are unforgettable. The movie manages to age and re-establish her in all of five minutes, adding a touch of grace and sophistication without squandering what we loved about her the last time: her searing, whiplash-inducing wit. Her reaction to a stranger’s crass drawing puts said wit on display in an opening scene. Bell, in her pinstripe business-suit and perfectly done hair, the image of professionalism, completely nails the battle that we all wage internally of trying to be someone new while fighting off the maybe slightly less mature person we all used to be. I laughed tremendously, exuberantly, rewound it half a dozen times, and realized I was not even ten minutes into the movie. 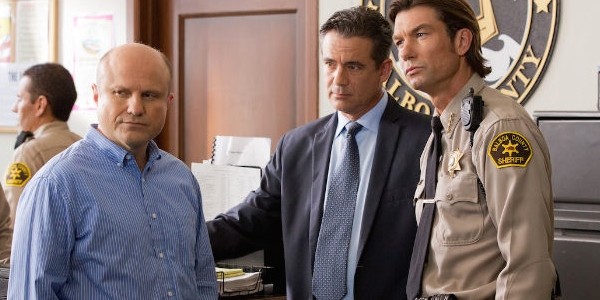 But, of course, nothing ever goes as planned. Veronica’s ex-flame Logan (Jason Dohring) calls her up and asks for a favor: prove he is innocent of the death of his girlfriend, pop star Bonnie DeVille. Veronica flies home, and discovers many things going amiss in her sleepy Oceanside hometown. One is her dreaded ten-year high school reunion. In another, her father Keith (Enrico Colantoni) hints at the corruption bubbling in the police force under the new sheriff Dan Lamb (Jerry O’Connell). It is a decent sub-plot that gets one of the biggest shockers of the movie, and you can tell if it were extrapolated over the arc of a season it could be really intricate and entertaining. But Thomas wisely devotes most of the 100 minutes of run time to the case at hand: the murder of DeVille, with the hanging thread of the corruption and class wars for possible sequels. Once the investigation starts, the movie’s tie to the TV show really becomes apparent. It trots out an increasingly humorous rogues gallery of old staples of the show you probably forgot were even in it. And an impressive ensemble it is. Dohring is still charming as ever as smarmy but lovable Logan; Krysten Ritter pops up as Gia Goodman, a vapid party-girl with an agenda. Even Tina Majorino and Percy Dags III have grown into the roles of Mac and Wallace, Veronica’s main backup, quite well. (And, hey, where the heck is Backup, anyway?) Everyone gets their due over the course of the movie, some maybe more than you might expect, and even though it is all complete formula, it is entertaining, well-made formula. 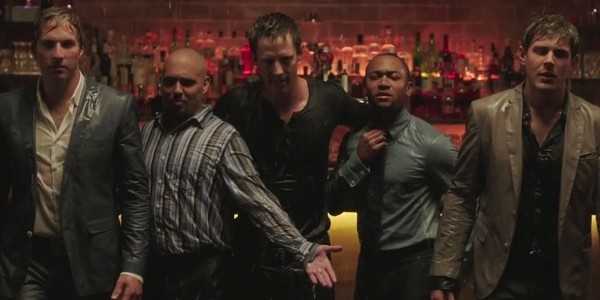 There is the rub, though. It is well-made, but it is well-made for a TV show masquerading as a movie. It is essentially a limited series two-episode arc fused together: the first episode is triumphant, the second is less so. And that’s where the reviewing of a twisty murder mystery movie gets difficult. My main problem with the movie is in the final reveal, but robbing anyone the discovery of that is not on my to-do list. I can say that the final face-off is definitely one of the most neutered moments of the entire movie. There is just no real umph to it. Thomas should have looked to his own work for a bit of inspiration (the show's second season finale rooftop reveal is still one of the most jaw-dropping things I've ever seen on TV). But can you fault a piece of work for trying to do in ninety minutes what a television season did in some twenty-odd hours? Not really, but the loss of a gut-punch of a finale is shockingly apparent either way. And though the character revealed as the killer makes sense to the story as a whole, Thomas’ choice is just… uneventful; sort of a blank slate for a murdering, psychopathic blackmailer. And, without giving too much away, the history of characters the actor brings in to the role absolutely works against me thinking they could be a killer. 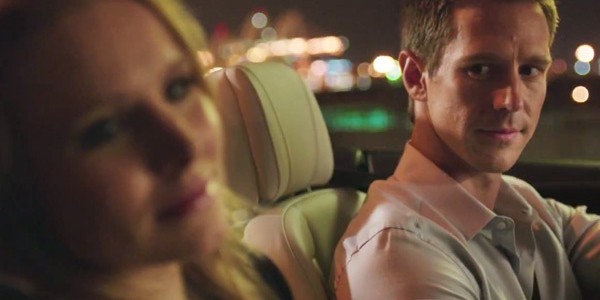 Then again, if you are a fan of Veronica Mars, none of that really matters. Between Bell’s deft handling of the insanely quick-witted verbal dialogue Thomas and co-writer Diane Ruggiero throw at her and the delightfulness in seeing a female-driven story being told in what is usually a male-driven world, you can practically hear the graduate theses being written already. Thomas’ love for the character is palpable, and her increasingly difficult choice between Piz and Logan is never at the forefront of the movie. It is clever and realistic and modern in its depiction of romance and its outcome feels naturalistic and not forced. Which could be said for the film as a whole. The characters and the story, though small-scale, all unfold in such a realistic way you realize how much of a breath of fresh air it is that Veronica is not saving the world from peril, just her world. She is smart, resourceful, funny and nowhere near a cliché. You may know how her story will play out, but you want to discover every clue alongside her anyway. “You’re a marshmallow, Veronica Mars” Wallace claimed in the pilot episode of the TV show, thus coining the term for its fans. Veronica Mars, the movie, may not churn out many new marshmallows, but it will leave the old ones foaming at the mouth for more.
Rating
8.2
Pros