"Doth Russell protest too much? "
By: Anthony Punt | TV Reviews | August 15, 2016
Bullies aren’t born, they’re raised. More often than not, these individuals were once bullied themselves and, in response, repeat the cycle of abuse by bullying others. We see this theme play out in at-times painful detail in this week’s Vice Principals, which not-so-coincidently is entitled “Circles.” The surface-level reading of that episode title is that it refers to the conversation circles Brown insists upon instituting as a corrective to Gamby’s overly harsh interrogation and detention methods. But on a deeper level, “Circles” is about the destructive cycles that cause people to hurt others, and how they are rooted in pain and shame. It may not sound like the formula for entertaining television, but Vice Principals is proving that its seemingly spiteful protagonists have unforeseen depth. Previous episodes of the series have given us glimpses into Gamby’s private life and how personal disappointments fuel his anger toward others. In “Circles,” the focus turns to Russell as we gain further insight into the forces that shape his behavior. After his wife browbeats him into action, Russell reluctantly confronts his neighbor Jackie about the loud music playing during his late-night workouts. Jackie’s vaguely contemptuous response to Russell’s reasonable complaint reads like a re-enactment of the typical jock-nerd dynamic. But embedded in this dismissal of Russell are elements of racism (Russell’s wife and mother-in-law are Korean) and even homophobia. Russell’s effeminate mannerisms and speaking voice are sharply contrasted against Jackie’s swaggering masculinity, thereby lending the scene a greater emotional resonance. It becomes clear that Jackie believes he can get away with intimidating and emasculating Russell because he sees him as less of a man and, worse still in his mind, probably gay. 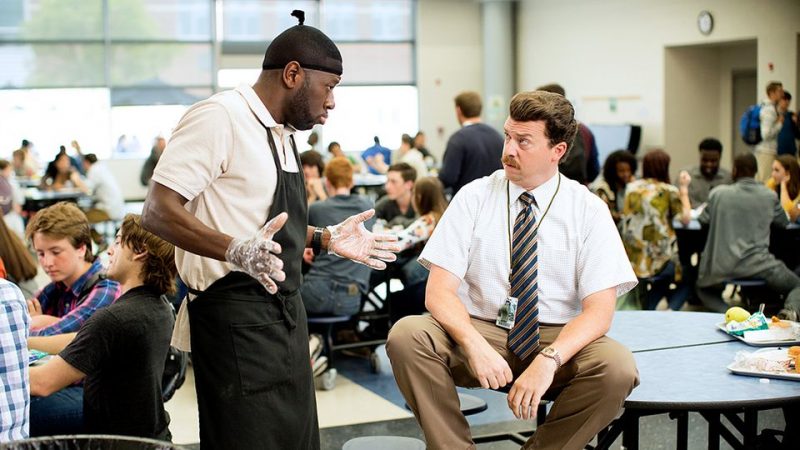 With “Circles,” the queer subtext that had always been a latent part of Russell’s character—and of his turbulent relationship with Gamby—is explicitly explored. While Russell deals with matters at home, he decides to break up his partnership with Gamby. Surprisingly, Gamby is upset by this news and by the fact that Russell has found another teacher to be with. Dayshawn observes Gamby’s hurt and tries to comfort him; after seeing Gamby and Russell in the woods together, he assumes that the two vice principals had an affair with one another that ended. Gamby angrily refutes the charge, but likely not strong enough to convince Dayshawn otherwise. Nor, for that matter, is it enough to convince those of us in the audience who may have already wondered whether there was something more to their union than just a shared desire to unseat Brown as principal. After all, it can be argued that love is simply the other side of hate. We also learn more about Russell during a revealing conversation with Seychelles, the teacher whom he’s now bonded with as a replacement for Gamby. As the two talk about Russell’s tormentor neighbor, the conversation quickly turns into a specific discussion about Jackie’s physique that goes beyond disinterested description. Russell admits that Jackie “looks good in a tank top,” but when Seychelles (who is clearly into this line of inquiry) presses him on details about his arms he angrily ceases the conversation. To paraphrase Hamlet, the vice principal doth protest too much for the viewer to think that Seychelles hasn’t hit a nerve here. Could Russell’s marriage to his wife be a marriage of convenience? Perhaps she needed to be married so her mother could legally live in the US, and she’s the beard Russell thought he needed in order to make a successful run at the principal’s job? If not, then what is it that keeps them together, since Russell seems to resent his wife almost as much as his mother-in-law? If Russell is indeed living as a closeted gay man, it would do a lot to explain, if not excuse, his terrible behavior. 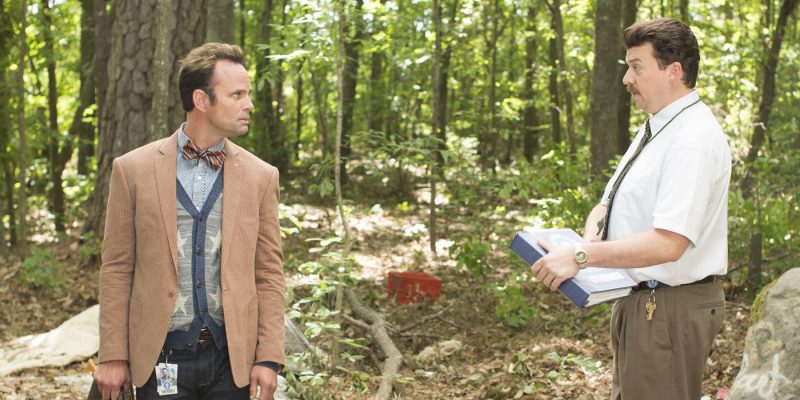 The episode brings things to a head somewhat when Russell smashes Jackie’s radio. This incident is the culmination of Russell’s frustrations that stem not only from Jackie’s efforts, but also by being pushed by his wife into a confrontation. The slighter and less physical Russell is no match for Jackie, who commences to beating him up until Gamby shows up to intervene with a brass knuckle surprise. Nonetheless, when Russell’s family shows up on the scene Gamby allows Russell to take credit for the knockout because he realizes how important it is to Russell’s pride and sense of manhood. This moment serves to strengthen the bond between the two vice principals into something greater than shared animosity. It’s still hard to say that audiences will like or respect Gamby and Russell as a result, but it is at least easier to sympathize with them. And perhaps, in the back of their minds, root for them to dispel the lingering romantic tension between them. Final Thoughts:
Rating
8.0
Pros