"Snodgrass shines and Brown get brazen"
By: Anthony Punt | TV Reviews | August 22, 2016
With each successive episode, Vice Principals worms its way further and further into your heart, like a disreputable uncle who charms the last twenty out of your wallet so he can buy more booze. Sure, you know he’ll end up getting into another embarrassing barroom fight, but because you empathize with the guy it somehow makes it okay, understandable even. By showing us the interior lives of the show’s titular male leads, we as the audience have gotten a glimpse at the hurt little boys that lie inside. What makes “The Foundation of Learning” different, however, is that it is similarly unflinching in examining the private lives of its female characters. The episode opens cold with Amanda Snodgrass in the shower; the scene isn’t shot with an intent to titillate, but rather to provide a sense of her day-to-day routine at home with the school’s history teacher Bill Hayden (last seen in “The Field Trip” episode). Neither uses the terms “boyfriend” and “girlfriend” to describe their relationship, although it’s apparent from their interaction that they’ve been domestic partners for some time. Regardless, Hayden informs Snodgrass that he wants to put their relationship “on pause” because they no longer share the same class period. In truth, this is Hayden’s shallow pretense for breaking things off with her so he can make time with his buxom teacher’s assistant. We know Gamby would react with rage and bluster were he in a similar situation, but Snodgrass responds quite differently. She affects an air of affability and puts up with Hayden’s patronizing quasi-breakup speech, then goes to Gamby to see if she can get her schedule swapped so that she can be with him once more. 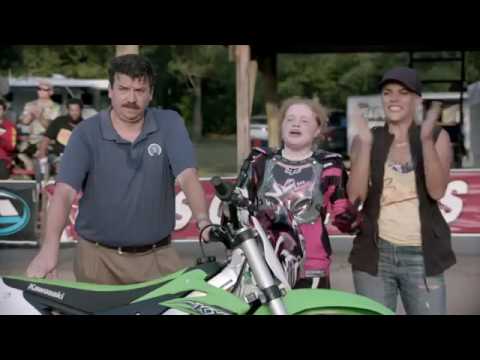 Recent episodes of Vice Principals have revealed Gamby to be a more layered and sympathetic character than we initially imagined. Even if we still recoil at his pettiness, it’s understood by the audience that it comes from a place of deep insecurity. “The Foundation of Learning” reacquaints us with that basic tenet of Gamby’s character as he agrees to help Snodgrass in exchange for her help in mastering motorcross racing so that he can upstage his daughter’s stepfather. A nugget of information that gets unearthed in their initial conversation is that Snodgrass was chubby as a kid. In that moment we see through the seemingly well-put-together Snodgrass persona to find a knot of insecurity and low self-esteem. Perhaps not one as twisted as Gamby’s or Russell’s, but one thorny enough to make her more complex than the “nice blonde lady teacher” archetype we first encountered. While Gamby and Snodgrass bond over motorcross, the plot to unseat Dr. Brown as principal continues apace. Gamby and Russell’s latest scheme is to over-order a set of textbooks and lead Brown to believe that Ms. LeBlanc, the school’s popular English teacher, was selling them on the sly. While the two vice principals set the conflict in motion, the interesting thing about how their scheme plays out is that they don’t have to manufacture the antagonism between them. In my review for “Run for the Money,” I noted that Brown’s status as a black woman in a leadership role marks her as different within the North Jackson High community. “The Foundation of Learning” reinforces this theme as LeBlanc, as a longstanding member of said community, informs Brown that she plays a more important role than a principal ever could. Of course, the barely-concealed subtext behind their interaction is LeBlanc smugly asserting her privilege, which then forces Brown to act (and arguably overreact) in response. 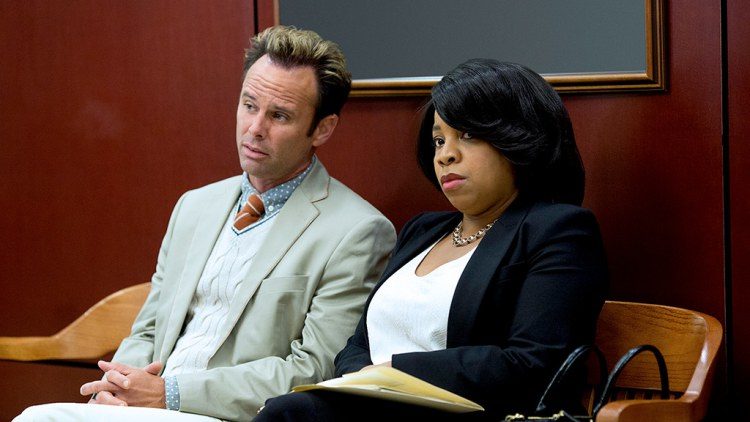 Vice Principals benefits greatly by expanding its focus beyond the coarse Gamby and the venal Russell. The show would be in danger of growing tiresome if it focused on those two characters alone as it did in its earlier episodes. Paradoxically, the focus on Snodgrass in this episode makes Gamby look better by comparison; through her eyes, we see Gamby trying—too hard, surely, but trying nonetheless—to be a good father and failing as spectacularly as Icarus did when he flew too close to the sun. As the series has gone on, we also see that Dr. Brown, when tested, loses the veneer of the composed, upright professional and shows a righteous anger that could be seen as frightening to some. But that serves to make her a fuller, more sympathetic character. In sum, it is such sentiment that makes Vice Principals more than the puerile revenge fantasy it appeared to be at first glance. And thank heaven for that. Final Thoughts: This week’s episode seemed to be a particularly good one for notable quotes (not to mention exquisite line readings). With that in mind, here are several that stood out:
Rating
8.0
Pros