"Like Kenny Powers in a sweater vest"
By: Anthony Punt | TV Reviews | July 18, 2016
HBO’s new half-hour comedy Vice Principals serves to prove that high school administrators can be as immature as their students, if not more so. Danny McBride (Pineapple Express) and Walton Goggins (The Hateful Eight) play antagonistic vice principals jockeying for the head chair. The rivalry between the would-be heirs reaches a fever pitch after the incumbent principal (the always terrific Bill Murray) is forced to leave his post following his wife’s melanoma diagnosis. After some petty skirmishes, both vice principals are surprised to find an outside figure (Kimberly Hebert Gregory) has been brought in to run the school. As a result, McBride and Goggins put aside their differences in order to defeat their mutual enemy. The question is, will audiences root for these two jerks to prevail? Vice Principals is the brainchild of McBride and writer/director Jody Hill, the same creative team behind HBO’s Eastbound & Down. Much like Kenny Powers, Neal Gamby (McBride) is a crude man-child with anger management issues; the only real difference is that Gamby wears blue sweater vests and is ostensibly an authority figure. Gamby is so thoroughly disliked by the school faculty that one wonders how he remains on staff. A bigger mystery that the reason Gamby wants to be principal is the thought process of the school superintendent that had him in the running for the position in the first place. In sharp contrast to Gamby, Lee Russell (Goggins) is an ingratiating schmoozer with a Machiavellian streak. Russell lets Gamby bellow and rage in the most inopportune of times and yet somehow isn’t able to overtake his rival, let alone get him thrown off school grounds permanently. Chalk it up to the dual forces of teacher tenure and narrative convenience. 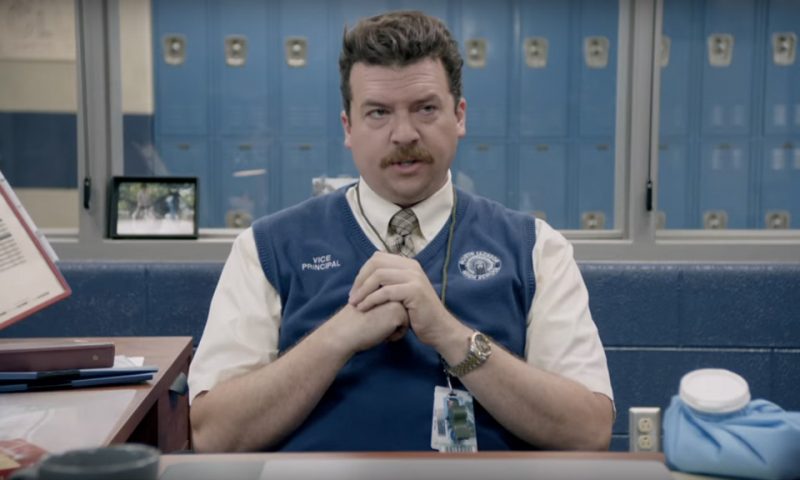 The focal character of “The Principal” episode of Vice Principals is Gamby, with whom the audience are supposed to sympathize. The problem is that Gamby is so repugnant a character on the page that he’d be unwatchable were he portrayed by a lesser actor. Fortunately, Vice Principals show producer McBride was able to tap comedic whirlwind McBride for this prickly (or is that prickish?) role. McBride is as good a choice as anyone—with the exception of Murray, of course—to portray a character as skeezy as Gamby and make him palatable to audiences. He even gives the character a touch of Willy Loman-ish pathos by making him a divorced dad who has nothing going on in his life aside from his job. Less is revealed about Russell in “The Principal” pilot other than the fact that he’s Gamby’s direct rival to be principal. Because he dresses colorfully and has a prissy demeanor, one might wonder if Russell is being coded as gay. Could his rivalry with the heteronormative Gamby be a sly commentary on gender politics? Or am I once again reading too much into things? I probably am, because at this stage their antagonism is played for broad laughs. In one scene, for example, Gamby chases Russell around a table in the faculty lounge. Moments like this illustrate that their rivalry is as complex as a Bugs Bunny-Elmer Fudd cartoon and about half as realistic. They seem to hate each other for no other reason than the script telling them to. Maybe the dynamic between Gamby and Russell will evolve as the series progresses, but as now it’s hard to figure out why the characters act the way they do and, correspondingly, why you as the audience members are supposed to care which of these assholes gets the job. 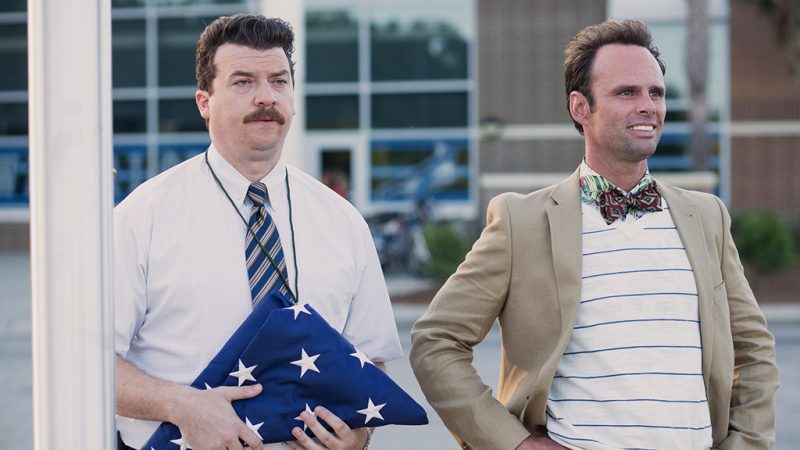 There may be little more to Vice Principals than its cartoonish surface, McBride and Hill make an interesting decision in pitting these two white male characters who feel entitled to the principal role against a black female who is in every way their superior. As portrayed by Gregory, Dr. Belinda Brown is very much the intelligent, even-keeled administrator that Gamby and Russell are not. Unsurprisingly, Gamby resents Brown’s presence in the school immediately and alludes to her being an affirmative action hire. We expect a misanthrope like him to behave this way, even as we might expect Russell to cozy up to Brown in order to get close enough to stab her in the back. But to have the two team up just because they seemingly can’t abide by her having the position? It’s easy, tempting even, to read some social commentary into this sudden narrative 180. Whatever the case, the Vice Principals creators will have to work extra hard to convince us that its leads are the sympathetic party.
Rating
6.0
Pros