"Even worse as partners than as rivals "
By: Anthony Punt | TV Reviews | July 25, 2016
In my review last week for the pilot episode of Vice Principals, I questioned whether audiences would relate to two such unlikable protagonists. In the second episode, we learn more about vice principals Gamby (Danny McBride) and Russell (Walton Goggins), but that information mostly confirms our initial impressions. “A Trusty Steed” gives us a glimpse into Russell’s home life, where he is as much the ingratiating schemer as he is at school. As I remarked last week of Gamby, it’s hard to imagine the woman whose self-esteem is low enough to consider cohabitating with this terrible man. Perhaps it’s the fact that Russell does a better job of concealing his misanthropy than Gamby. Whereas I once questioned whether the two of them were well suited to one another, this week’s Vice Principals confirms that they indeed are. And as it turns out, they’re even worse people as partners than they were as rivals. As the first episode of Vice Principals ended with Gamby and Russell forming a temporary alliance, so the second episode opens on the two vice principals scheming against Dr. Brown (Kimberly Hebert Gregory). It may be true that Gamby and Russell are each the kind of asshole who would resent anyone that wasn’t him in the principal’s chair. Still, with their continual and pointed references to Brown as “that bitch,” there is clearly a misogynistic (not to mention racist) tenor to their dislike of her. Russell digs into Brown’s background and discovers that she has a history of firing office staff at her previous schools. The vice principals’ fear that they may be next seems well founded when Brown hires a mystery man (Danny Boushebel) to evaluate school performance and has Gamby fire a popular yet ineffective staff member. These slights, whether perceived or otherwise, spur Gamby and Russell to take decisive—and quite ugly—measures. 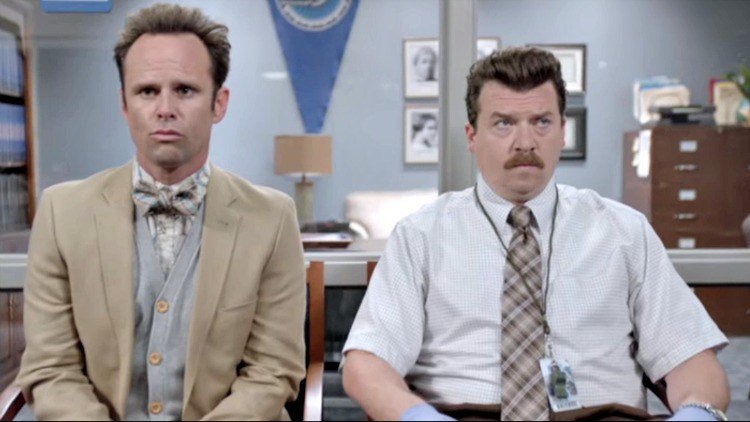 After some innocent light snooping in Brown’s trash, Gamby and Russell break into her house. Things take a darker turn when the two start breaking stuff in said house where see artifacts of Brown’s success, including a photo with Michelle Obama. From all appearances Brown has more than earned the principal’s role, and yet these two men feel resentment over having been passed over. Seeing two white dudes smash shit in this successful black woman’s home may be seen as cathartic or frightening, depending on your point of view. Finally, events escalate to the stage of full-scale arson, which is itself an act with a history of racial violence attached to it. Given Gamby’s affirmative action complaints, he’d seem like the likely culprit behind the racially charged attack. Curiously, however, it’s the seemingly refined Russell who’s the most outwardly enthusiastic about making Brown’s life miserable in ways that go beyond ruining her professionally. It remains to be seen whether Gamby and Russell are merely jealous idiots or jealous idiots with a problem with black people in positions in authority. Or maybe these thoughts are too heady for a scene, and a show, that revels in the bad behavior of its characters for its own sake. While the pilot focused on the enmity between Gamby and Russell, “A Trusty Steed” gives us glimpses, however fleeting, of vulnerability. Gamby has a difficult time in paying the dues for his daughter’s horseback riding lessons, while Russell is henpecked at home by his Korean mother-in-law. Perhaps future episodes of Vice Principals will amplify the inherent pathos in both characters. To the show’s credit, any victory achieved by Gamby and Russell hasn’t (so far) come at the expense of making Brown less sympathetic. Sure, she’s making Gamby do grunt work, but in her defense it’s because he actively sought to undermine her. Brown hasn’t had any reason to suspect Russell because he’s a better schmoozer, but it hasn’t resulted in her losing her objectivity. As a result, Brown lacks the villainous streak of a TV series antagonist, which again goes back to the question introduced last week of whether an audience can root for two leads this irredeemable. Maybe the point is that you’re not supposed to, but rather just wait—and rejoice—in their inevitable failure. 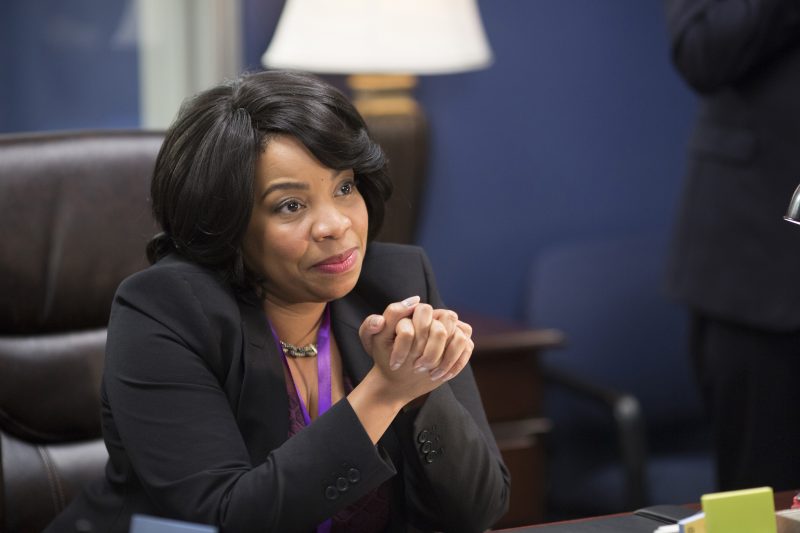