Vin Diesel is primarily known for his role in the Fast and the Furious franchise, but he also picked up a decent following for his role as Riddick in alien horror film Pitch Black and its more epic sci-fi sequel The Chronicles of Riddick. Despite the disappointing box office numbers for the 2004 feature, Diesel and “Riddick” director David Twohy have long expressed interest in another feature in the series.

Although nothing’s really come of the talk, Diesel announced today on Facebook that a sequel might begin shooting this summer. Here are his exact words:

“D T the writer/director just landed in New York with the good news. We can start filming this summer. However, there is a catch… in order for us to make a true R rated film, I must work for scale upfront. Not unlike the ‘Find me Guilty’ experience (which I wouldn’t have changed for the world)… Money is always second to art, integrity and spirit… but the real issue is deeper. Can I suspend my life, to momentarily venture to that dark place… called Riddick. Now, I need to hear from Our collective… you. Wisdom and clarity appreciated” 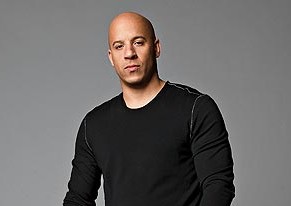 After letting quite a few people – upwards of a thousand – voice their opinions, he again took to Facebook:

“I have read so many interesting and intelligent responses to today’s post. You all have such great insight… I truly love Our page. Thank you again for taking the time to weigh in. P.s. I am off to another meeting with David, the director of Riddick… to see concept art and discuss the potential schedule. Rex Cowan: – wrote – ‘We all have the dark Riddick inside us. You have a penchant for showing us our true selves. I for one support your dive into Riddick and will standby to help pull you out.’”

Given that Fast Five has returned to the star to a monetary glory of sorts, I can’t imagine that he wouldn’t tackle this project even for the minimum cost. After all, he expresses his passion for the “Riddick” series and could lead it to phenomenal box office success. In such an instance, a sequel would surely follow, and if that happens, well, let’s just say he’d probably be working for a bit more than scale.

What are your thoughts on another “Riddick” feature?