Berkeley, CA - 9 June 2010 - Starting this October, you'll be able to watch The Walking Dead on AMC. You can prepare to join The Walking Dead by picking up the new printing of THE WALKING DEAD COMPENDIUM, VOL. 1 TP on September 1.

THE WALKING DEAD COMPENDIUM, VOL. 1 collects the first 48 issues of the ongoing series by writer Robert Kirkman with art by Charlie Adlard and Tony Moore. It weighs in at more than 1000 pages of zombies and the people who try to survive them. 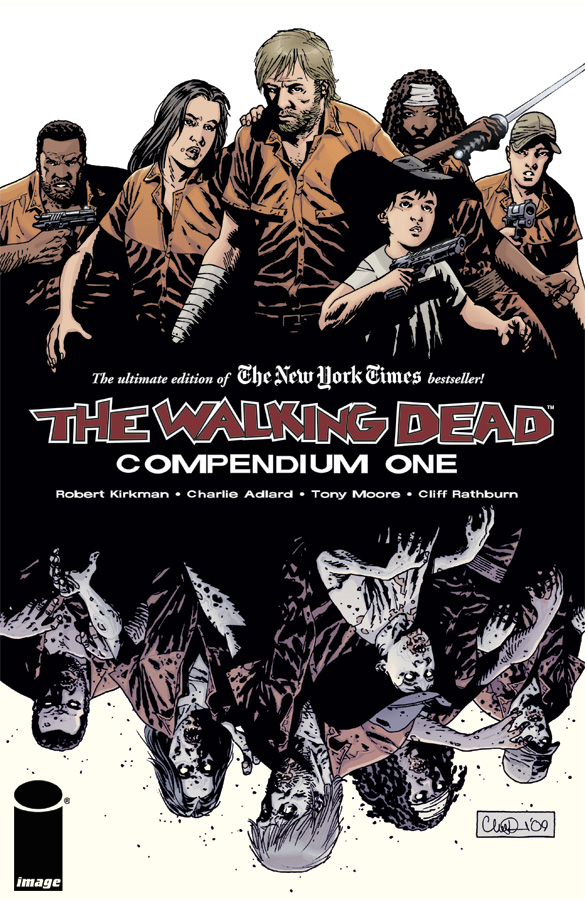 "This is the perfect opportunity to catch up with THE WALKING DEAD before the AMC series debuts," states Kirkman. "It's a great way to get started with the series or to catch up with your favorite Walking Dead characters."

In THE WALKING DEAD, an epidemic of apocalyptic proportions has swept the globe, causing the dead to rise and feed on the living. Society has crumbled, and a handful of survivors lead by Rick Grimes fight to live in a world ruled by the dead.

THE WALKING DEAD COMPENDIUM, VOL. 1, a 1088-page black and white trade paperback collecting the first 48 issues of the series, will be available for $59.99 starting on September 1, 2010. The AMC series debuts in October.