People really love their zombies, specifically the Walking Dead zombie stories that have captivated millions of viewers. AMC is enjoying a very successful year in television ratings, after the final season of Breaking Bad broke numerous ratings records in its run, the fourth season of the zombie drama debuted with crazy viewer numbers. The season premiere garnered 16.1 million viewers with 10.4 million of them within the coveted 18-49 demographic. It is a huge jump even from the previous series high, which boasted 12.4 million viewers and an 8.1 million in the demographic. Are there even network shows bringing in those kinds of numbers in the demo? That beats the demographic for NFL game airings, and everything else airing on network television that night and in the season up until now. 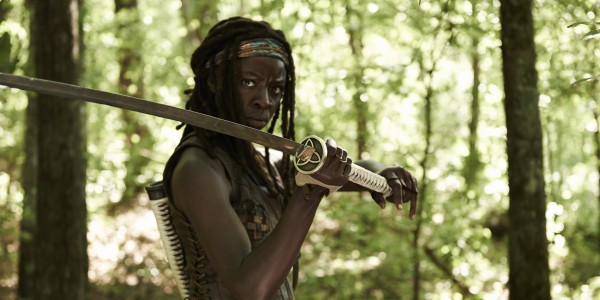 There is no stopping the show, despite the never-ending revolving door of show-runners, audiences continue to flock to the AMC drama and sow no signs of slowing down. It will be interesting to see if the shift in behind the scenes power will impact the quality of the show (positively or negatively) and if so, how the loyal audience will react to those changes. Will the Walking Dead continue to deliver such impressive ratings?