By: Matt Rowles | Mobile Reviews - PC Reviews - PS3 Reviews - Xbox 360 Reviews | May 16, 2014
The one consistent element that Telltale have unequivocally nailed recently is pacing. Their episodes have started slow, reminding you of prior events and establishing both characters and situations. While still delivering on action and plot development, the episodes seem to gather pace as time goes on until ultimately the finale leaves you with one final punch to the gut. In Harm’s Way may be the best example of this to date with it’s closing moments staying with me until way after the credits had rolled.
An issue I have pondered in the past with this series is that of it’s disposable use of characters outside of Clementine. It is great that no one is safe as it really keeps with the context of the universe, however I do find this unpredictability can be a double edged sword. Most of the time characters can be killed before I can even connect with them and it doesn't have the impact it desired. 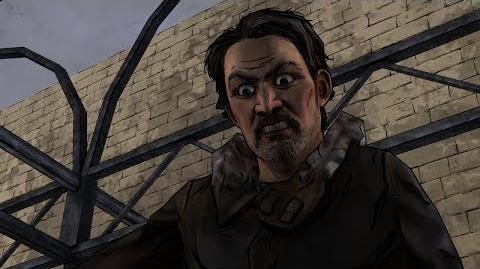 Another aspect of this is that potentially great characters are killed off before they are even given the chance to be great. Ultimately this series rests of Clementine and our care for her but it is a shame that no other character will potentially be given the same chance for players to be invested in. Outside of Clementine, there really isn't much else to care about in this world. And I guess that bleak realization is kind of the point of all this.
An interesting aspect is how different members of the group treat Clementine. Whilst most treat her older than she is due to her experiences, others still like to treat her as a kid and not someone who can fight alongside the adults of the group. One of the newer dynamics is Clementine caring for Sarah, reminiscent of how Lee cared for Clementine previously. Even though they are similar ages, Clementine is way more acclimatized to the world and is really becoming an almost mother figure to Sarah. I am intrigued to see how this develops in the future but worried at the same time.

During the middle of the episode the action and plot do seem to slightly drag and take a while to progress. The main drive and motivation for the characters has been set up nicely, we know the direction we must head in, but then that conclusion is not brought forward as quickly as you would like. I think this is perhaps due to wanting the length to be longer so the story is stretched and therefore doesn't flow as easily as it should. It wasn't a huge issue as things did pick up eventually but a change in direction or twist during this middle lull would have made things even better.
Choices have always been one of the biggest draws of this series with seemingly impossible decisions thrown at the player at an alarmingly rate. Usually it pertains to choosing a person to agree with in an argument or even worse, save their life. But in this latest episode one of the more unique choices is presented to you. Something horrible is going to happen, we can't prevent it, we simply have the option to witness it or not. 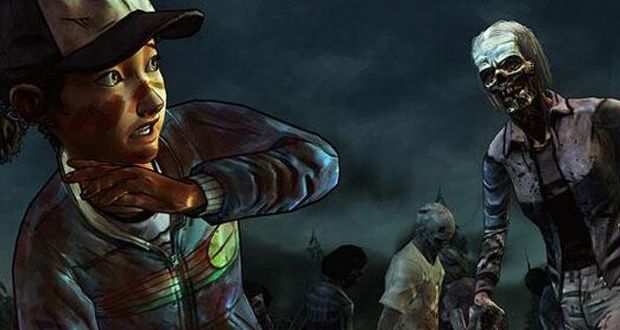 It is in this simple choice that perhaps the most fascinating dilemma that Telltale has ever delivered is achieved. I chose to witness it (this may have happened regardless) and that choice is something I will have to deal with for a very long time. What Clementine witnesses is extreme even by her standards and I really have to wonder what long term effect this will have on her mental state. It could perhaps be the catalyst for a very bleak future.
The actual gameplay is becoming thinner and thinner as the episodes progress which is something I quite frankly embrace. There’s not many games you can play one handed but during most dialogue sequences I find myself just holding the controller for when I need to choose a reply option and really just enjoying the story without having to worry about being able to beat a boss or anything else skill based. It’s becoming closer to a TV show than ever before and while many want some gameplay in their games, what Telltale do deliver is more than enough to keep me entertained throughout.

While I have enjoyed the previous episodes more and this one does somewhat lack the amount of thrilling moments I have grown to expect, there is still enough to quench my appetite after waiting for a new episode. It’s final moments are some of the best the series has ever produced and that alone was worth playing for. Clementine is growing older in front of our eyes and things don’t ever look to be getting any better. Events of this episode could potentially shape her future in a awful way and it is this sort of long term character and story development that only Telltale can produce. I eagerly anticipate the next episode with caution as I worry that things are only heading in one direction.
Rating
8.5
Pros