Wanna Hear The Sound Of A Million Fanboys Hearts Breaking?

Looks like that Avengers movie that the kids are all crazy about has hit a snafu. The reason? Sam L. Jackson's copy of the script was burgled from his home. So now the upstanding individual the are involved with the theft are selling in to the highest bidder. Word is the leaked pages are being rewritten.

Over the weekend, Obsessed With Film was sent an email from an anonymous source claiming to have come into possession of a 08/04/2011 shooting draft script titled “Group Hug”. This is well known to be the secret production title of The Avengers, Marvel/Disney’s ensemble superhero movie that began filming on Easter Monday. The e-mail claimed the 129 page script bore the Marvel Studios letterhead and all the pages were watermarked with the name of the actor who the leaked script belongs too.

What do you think about all this Sam, any ill feeling towards the guilty parties? 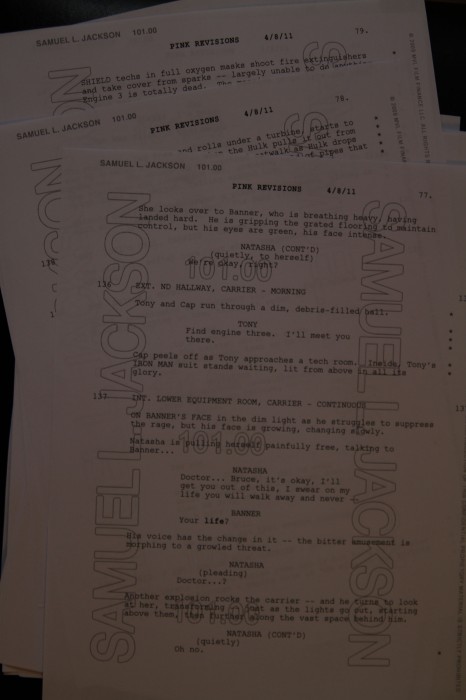