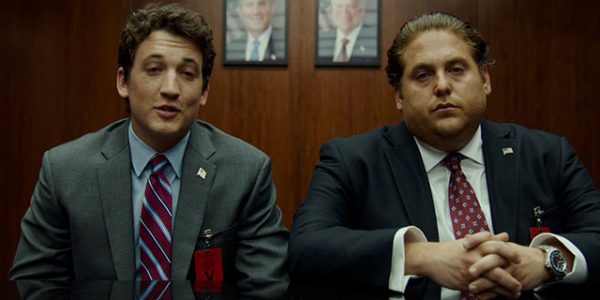 David Packouz (Miles Teller) is a massage therapist in Miami, his girlfriend is pregnant and every attempt to get ahead he makes seems to fail. Life is turning upside down for David, but when he is at a funeral, a ghost from his past comes back into his life and things change. Efraim Diveroli (Jonah Hill) was his best friend in high school and had a penchant for getting David into trouble. Efraim’s life seems to have taken a turn for the better since high school and he decides to let this high school buddy in on a scheme that has the potential to make them both rich. He has found a loophole in  arms dealing to the US government. This legal, but questionable venture could move them from small time arms contractors to much bigger opportunities. Their role is considered to be bottom dwellers on the arms dealing food chain, War Dogs. A relatively unnoticed position, but with persistence they eventually move up the ladder of success and find themselves with a 300 million dollar deal to arm the Afghan military. The challenge is the getting everything to come together to complete the deal. Their ethical choices have the potential to put their company, families and lives in jeopardy.
It is understandable why the director of The Hangover Trilogy, Todd Phillips, would find this true-to-life story tantalizing. It contains all of the elements for comedic gold. Guns for the US government, insane amounts of money and two fools driving this story along toward an impending doom. The challenge for Phillips is to keep this whole thing on track long enough for the audience to care. It starts off with promise. The question is if Phillips is able to engineer this spectacle to a satisfactory conclusion? Even with all of the potential interesting shenanigans, something goes wrong in the process. 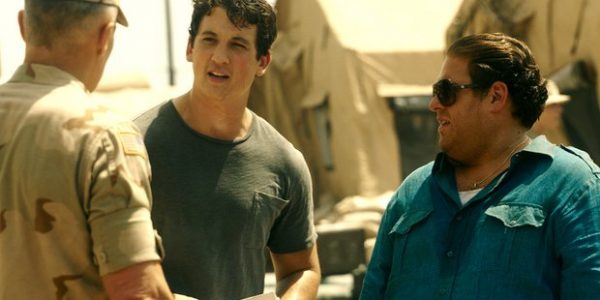 What works in War Dogs is the characters and the utter ludicrous nature of their short claim to fame. Hill and Teller have the right chemistry to make this friendship turned business partnership believable. The former does provide the charisma that is needed to take his friend down this seedy path towards being millionaires. Even the inclusion of wealthy Jewish Uncle Slutzky (Kevin Pollak) as a primary financier is enticing and adds another level of humor to the unbelievable narrative. The depiction of the players laid against the backdrop of the ridiculous aspect of the US government’s trust in the free market system makes this story exceptionally appealing. 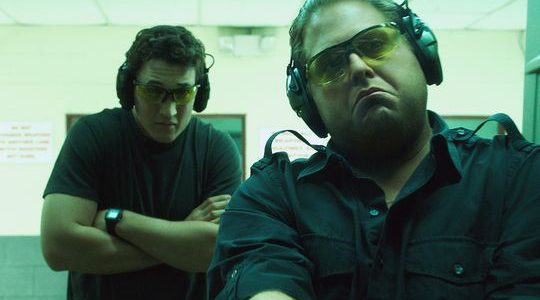 Even with all of these delectable ingredients for a comedic smorgasbord lying on the table, Phillips fails to serve up an appealing film de jour. The first two acts seem to be part of a completely different film than the last act. The trajectory of the script has a strong mix of action and comedy, but ends like a dud explosive. Some of the blame may be found in the actual story itself that went from being a farcical tale of two fools who have the ingenuity to take advantage of the system to line there pockets. But, it turns into a predictable and humiliating tale of disloyalty and greed that is less than satisfying.  Some of the responsibility can be laid on the original storyline, but ultimately it comes down to Phillips losing sight of the end goal, by taking a potentially great comedic story and attempting to turn it into a moral lesson. War Dogs started out with a live round in the chamber of the proverbial gun and ends by firing a blank round.
Rating
5.0
Pros