Ten years have passed and the war still rages in subsector Aurelia. Emerging from the their brief victory against the greater daemon Ulkair, the battered members of the Blood Ravens that survived were declared renegade by the corrupted Chaptermaster Azariah Kyras. As the ragtag army fights the multiple forces that have invaded the subsector for their own reasons, they seek to find Kyras and stop him before he ascends into a greater daemon himself. As always in the Dawn of War series, the sheer awesome magnitude of the Warhammer 40k setting serves to inspire endless combat with Exterminatus-flavored cojones. Relic Entertainment’s latest stand-alone entry in the popular series, Retribution, adds many new features to the engine used in Chaos Rising and strives to improve where it may have fallen short. One interesting switch is that Relic has ceased using Games For Windows as the multiplayer support platform, instead choosing Steam as a replacement. This removes the issues that people often had with the slower system and also allows Steam members to join games from outside the game itself. 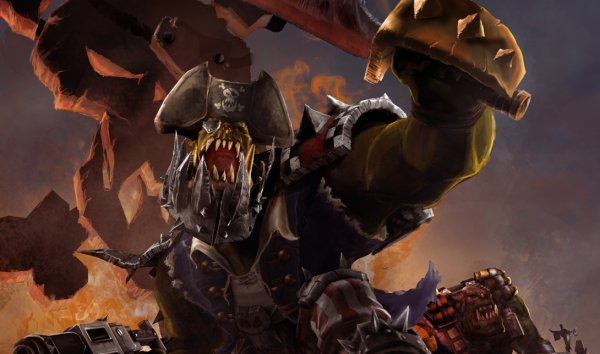 The core of the game is the campaign, which allows players to follow six different races as they complete objectives relating to why they’re there. For example, the Blood Ravens Space Marines in the area wish to defeat their traitor Chaptermaster, while the Chaos Marines, led by Eliphas the Inheritor seek to end the Blood Ravens once and for all. Inquisitors from the Imperial Guard have entered the area to eliminate Chaos forces by performing an Exterminatus on each of the planets that are contested, reducing them to slag. Each campaign is masterfully directed and voice-acted, but uses the same maps in the same order, reducing the replay value somewhat. Each level ends up just switching out opposing races to fit the new scenario that is provided while the actual landscape stays the same. It was something of a letdown, but still manages to be fun regardless.

As the player advances through the plot, wargear and new units can be unlocked through a random selection after each mission, allowing the player to focus on developing individual hero units through equipment upgrades (which can be also found during missions) or to focus on upgrading army units that can be summoned in-game to support the hero units or to replace them altogether. In the end, the game allows you to make as an large army as in Dawn of War, or to make a more dramatic squad that communicates together as in Dawn of War II and in Chaos Rising. It really is an interesting mechanic that puts more customization into the hands of the player, which is always a good thing.  What’s more, if you get bored playing alone, the campaign supports full cooperative play, allowing players to coordinate together to advance the story of each race.

The environments are varied, with each planet encompassing a different climate and terrain. Calderis is a desert planet, with mud-brick houses dotting the landscape, Typhon Primaris is a big swamp, Meridian is a technological city-scape and Aurelia a snowy wasteland. Each of these locations were present in Chaos Rising, but included in this venture is a massive Space Hulk (abandoned for centuries) called the Judgment of Carrion, as well as the fabled Cyrene, a planet that had suffered Exterminatus under the direction of one the finest Blood Ravens, Gabriel Angelos. In addition, Typhon becomes subjected to the Exterminatus midway through Retribution, turning it into a volcanic hellscape.

Multiplayer is deeply involved in each mode that can be enjoyed. As previously stated, campaign mode can become co-op if you invite a friend to join your battles against the computer. Carried over from Chaos Rising, The Last Stand is an endurance battle in which three players seek to fight off endless waves of enemies while looking to boost the score as high as possible before death; this is possible through score multipliers that all depend on control of the battlefield and survival skills. The player creates a new character from any race to fight in these battles, and must gain new wargear from leveling up (dependent on the score). The last place for multiplayer is in the more conventional arenas, in which up to six players develop armies and structures to overwhelm the opposing force, either through total annihilation or through capturing victory points that drive down a ticket counter to zero. 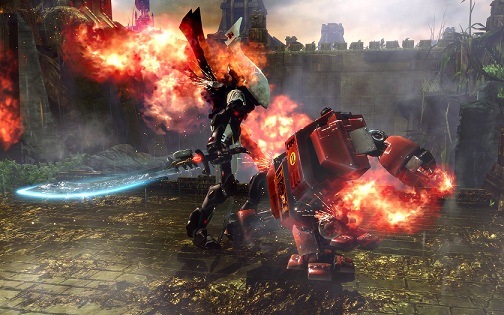 Warhammer 40,000: Dawn of War II: Retribution is a great game to get into, plunging new and old players alike into the far future where there is only war. As a stand-alone title, Retribution adds a lot to the series while also bringing a variety of multiplayer modes to extend the replay value. Customization options abound, and while the campaign is not entirely unique to each race, each playthrough brings entirely new lore content that is expertly delivered. Published by THQ, and developed by Relic Entertainment, Retribution is a great title for any 40k fan or a fan of real-time strategy. It was released on March 1st, 2011 for Windows through both retail and digital distribution services.